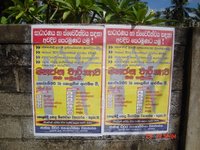 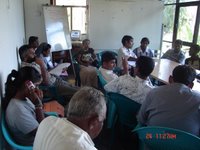 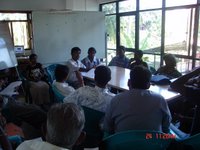 People organize different kind of lobbying activities to achieve various objects. After the tsunami disaster, the number of protests held in different parts of the country has gone up. The causes for all these lobbying activities have similar attitudes. It is obvious that after tsunami disaster, the government of Sri Lanka have received millions of money to rebuild the tsunami affected areas. But yet the government has unable carry out an effective plan to rebuild the country which is sustainable for each and every individual of this country irrespective of race, caste or religion. As we can see various other donor agencies, Ingo’s & NGOs have upheld the tasks of recovery & rehabilitation activities, but again it has become to a level of competition. During the course of past months, the whole recovery process in Sri Lanka has been very slow and a lot of corruptions are been taken place both in Go and NGO sectors. Ultimately who suffers ?????????????

When the all tsunami affected countries commemorated the 200 days after tsunami, as a fisher folk organization, National Fisheries Solidarity organized a very huge protest island wide on the 15th July in this year and handed over a petition to the authority concerned which was an alternative solution for the recovery, reconstruction and rehabilitation process in the country. We understood that our efforts did not work out, but we did not give up our lobbying activities. We strongly felt that there need to have a Peoples’ Planning Commission to safeguard the tsunami victims and to win over their rights. Thus together with other organizations, there formed a Peoples’ Planning Commission in the month of September. We as PPC together with the commissioners visited the tsunami affected districts in order to educate the people on PPC. After having visited those areas, we as NAFSO, thought of organizing a Peoples’ Caravan which will be starting from 26th November in Colombo. Now everything is in order and the above pictures show that the organizers are on regular discussions regarding the preparations.
Share this article :
« Prev Post Next Post » Home