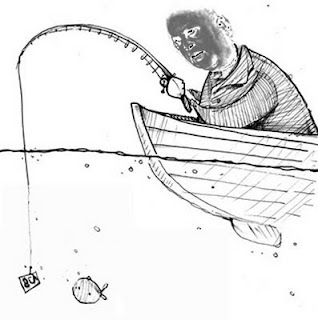 Minister Felix Perera is talking every time regarding the issues of fishermen and then people may think that He is very kind person to fishermen to resolve their matters. But He proved 2009.10.08 at the Ministry of Fisheries and Aquatic Resources, Colombo that his willingness is to joke with fisher women and not to involve in these matters. Not only that but also Minster Felix Perera refused to talk with the NAFSO’s team Leader Mr. Herman Kumara who tried to talk with him regarding the issue of 51 Sri Lankan fishermen has been still jailed in Andaman India. Now it has taken 08 months for this case, but fishermen are still in the Jail. Minister Felix Perera talking about fisher’s issues is still failed to get them release. Even without trying to get our fishermen release he has toled to daily mirror online “Policy must be sought over fishermen issue “ This would be an another joke of Minister Felix Perera.
Policy must be sought over fishermen issue – Minister
Saturday, October 03, 2009

Sri Lanka and India must both refrain from attacking each others fisherman and seek a policy with common humanitarian objectives with regards to the continuous issue of fisherman crossing each others territorial waters,

Speaking to Daily Mirror online Minister Felix Perera said it he was regretful to note that small issues of this nature were causing a strain on Indo-Sri Lankan ties and stressed that if both countries were to refrain from attacking each other and looked at the issue in a more human manner, a common policy could be sought in ensuring a satisfactory decrease in the number of cases reported.

The Minster explained that for the fisherman, straying into neighboring countries waters and the ensuing diplomatic stresses were of no significance. The fishermen’s lives, he said were shared between their homes and the seas and the far reaching implications of their acts escaped them. In this context the Minister said it was unfair to fisherman from both countries if they were attacked or harassed in anyway by the other country.

He added however of Sri Lankan, “we must not do anything to antagonize India and our other neighboring countries” and said that the friendship between the two countries in particular should not be broken over petty issues of this nature.

The Minister said further, that he hoped that having taken all of this into consideration both Sri Lanka and India would work towards a common policy with regards to the issue.

Indian Prime Minister Manmohan Singh had earlier this week said that he had cautioned Sri Lanka against its Navy attacking Indian fisherman, with scores being held in prison on either side, for crossing the Maritime Border into the others territorial waters.