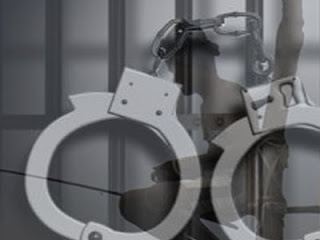 Here is an another story of arresting Sri Lankan fishermen and we don't beleive that the minister of Fisheries and Aquatic Resources Mr. felix Perera knows this arresting of fishermen.
If he knows this incident how long will he take to involve in this case to release them. We urge the governemtnt please take the immidiate actions to resolve these type of issues of innocent fishermen those who have been fishing in the sea to provide protein for the whole nation of the country..

October 22nd, 2009
BHUBANESWAR - Six Sri Lankan fishermen were taken into custody by marine police in Orissa’s Jagatsinghpur district Thursday for fishing in the Indian waters, police said.
The men were fishing in the Bay of Bengal, 10 nautical miles off Paradip port, in violation of the country’s maritime laws.
Sub-divisional police officer Shantanu Das said the Coast Guard intercepted the trawler in which the Sri Lankans were found. Police have seized the trawler.
Source; http://blog.taragana.com
Share this article :
« Prev Post Next Post » Home