"The Monk" has taken in to Custody 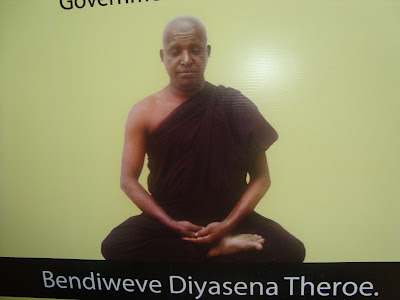 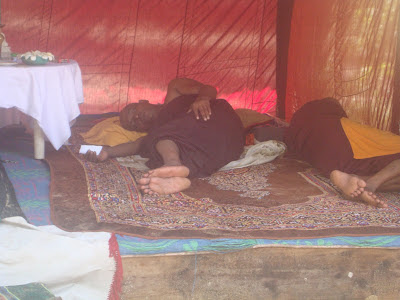 Four months a go, a monk live in Kandakuliya Samuddrasanna Viharaya, Kalpitiya, staged a hunger strike pressurizing the government authorities,to get released six fishermen from Andaman jail who were in custody for more than 18 months. till then, the monk was a solitary character for outside people except for the villagers and few others in the country. After the protest action, he became known to all as "Bandiweva Diyasen" Thero.

After pressure builds up against the government due to his action, he becomes the main target of the political threats. Fisheries minister DR. Rajithe Senarathne directly accused him as a "thief" using public medias.

But, ven.Diyasen thero never took his foot back till get released the fishers from the jail after three months of his stage action. And he is became a hero to the fisheries community but government considering him as trouble maker since he participated, lead and given some strong speeches against unlawful acts of the government.

powerful people related to politics has tried in several ways to stop him, including police threats of taking in to custody during the protest actions.
Finally they have find a way to charge him with an eight year old complain from his hometown in Polonnaruwa district, where the powerful health minister and secretary of the ruling party (PA) Mithripala Sirisena comes from.

During this eight year time period, Ven. Diyasen Thero have had 9 foreign tours, but in the tenth time he was arrested in Badaranayake international airport, in Katunayaka,Sri Lanka on 8th Feb. during the planned visit to India and prodused to Polonnaru district court on 9th February.

THIS IS THE SITUATION IN SRI LANKA, MIX OF CHEEP POLITICS AND CHEEP LAW ENACTMENT. If really government going to enact law, there are several dozens of politicians in the parliament to take in to custody and bring to the court, who have breach of trust of the millions of people, unlawful money handlers, underworld gang handlers, drug importers and distributers using gangs, even killers.
Share this article :
« Prev Post Next Post » Home