World Fisheries day was commemorated by the Sri Lankan Fisheries community on 21st November under the theme of "The People who struggling with land and the sea for living are the real owners of it" more than 500 fisher community representatives from coastal districts and inland fishing areas were participated to the program.
Land grabbing was a major concern in the event. Sri Lankan coastal belt is highly occupied by the tourism sector people and the pressure has increased to fisheries sector by land acquisitions by political figures by force of military. Fisheries community say no to nuclear power plant in aandankulam,india and destruction doing through sea bed trawling by illegal migrant fishers from India. this was the 16th WFD commemoration organized by the National Fisheries Solidarity Movement.
Several fisher leaders voiced out the issues they are facing in the sector including fisher women and farmers who work hand to hand with inland fishes in country side. 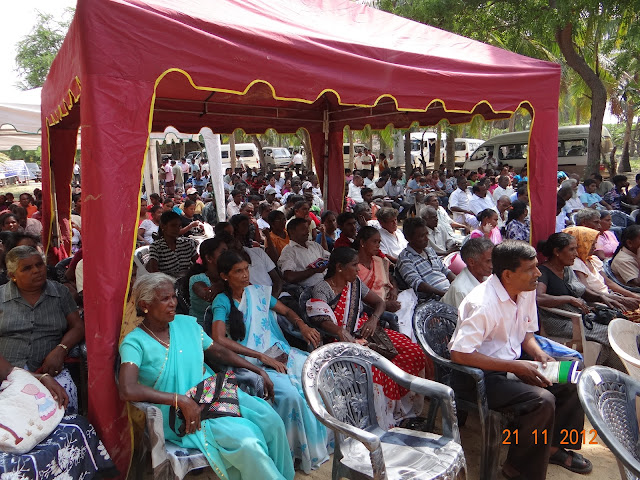 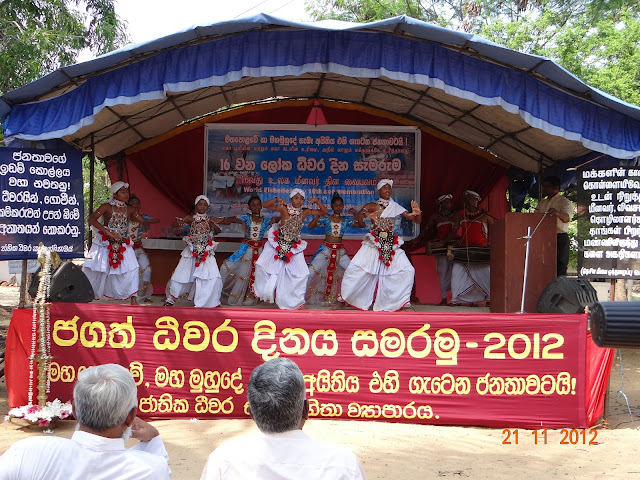 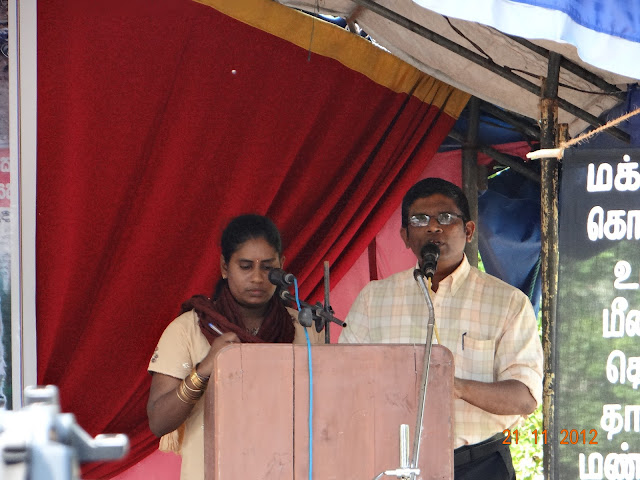 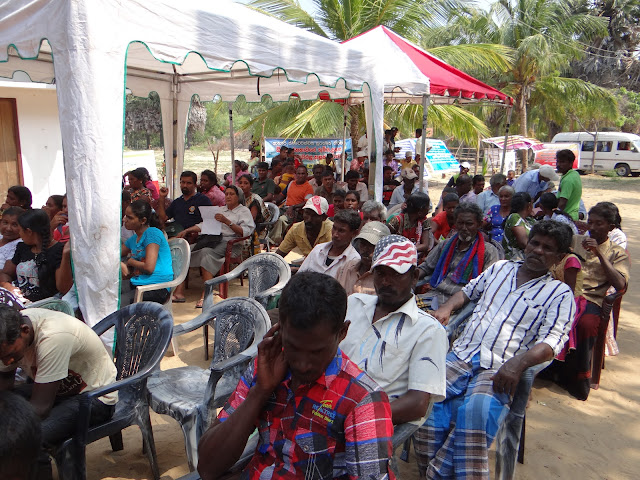 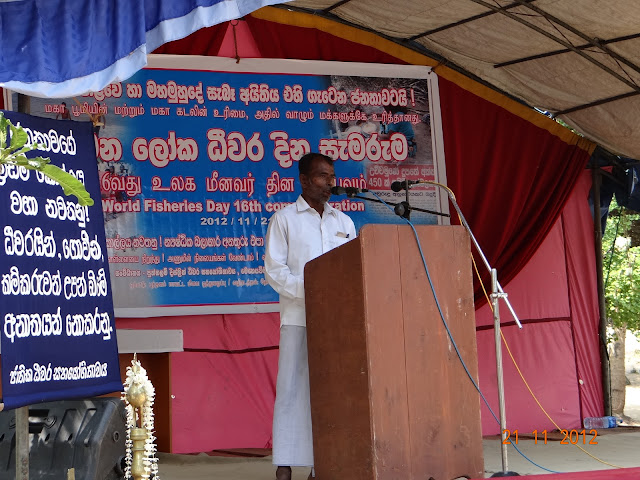 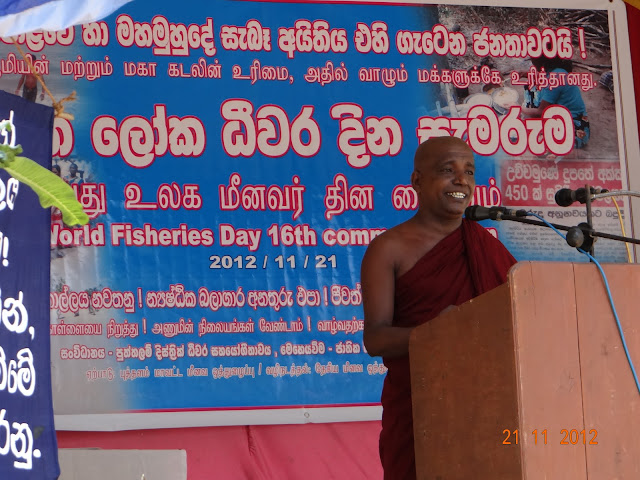 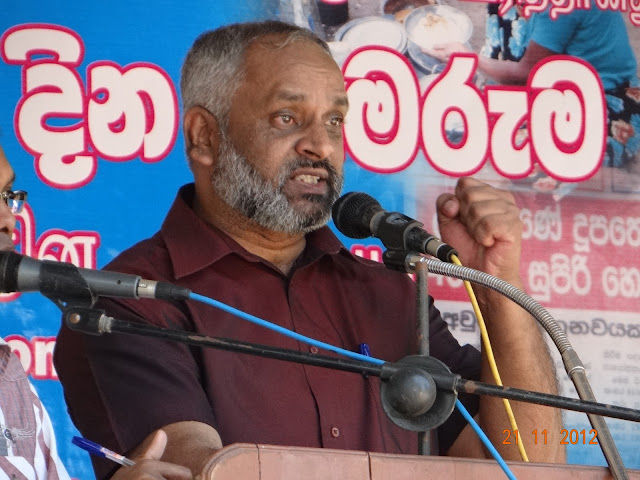 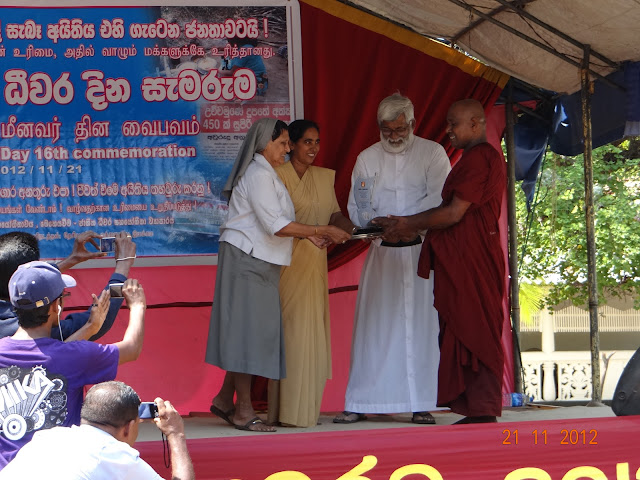 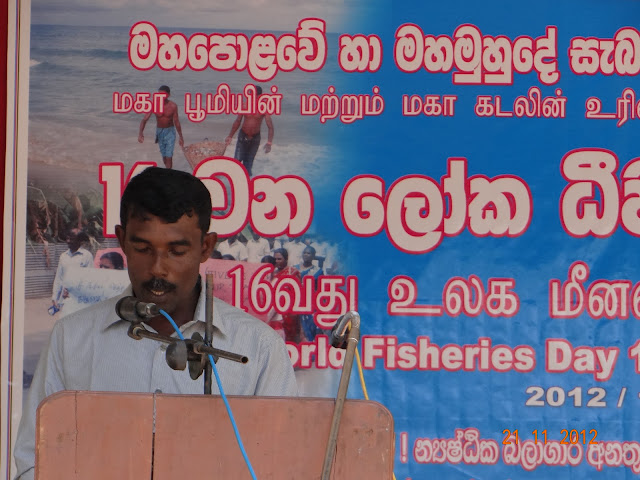 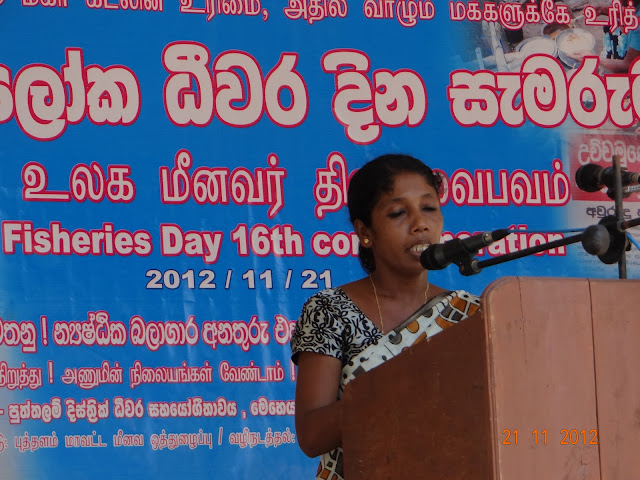 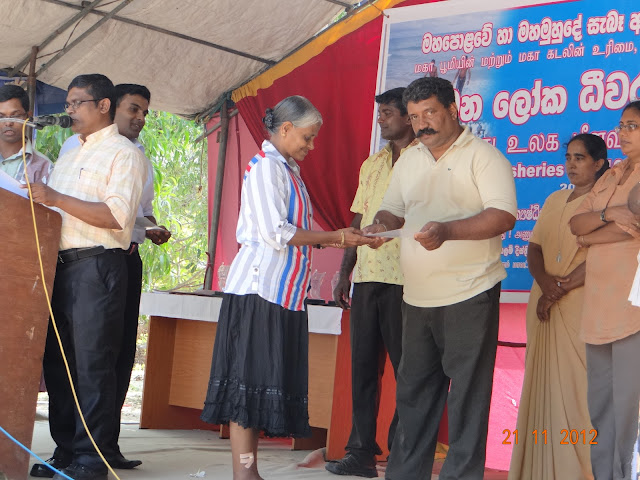 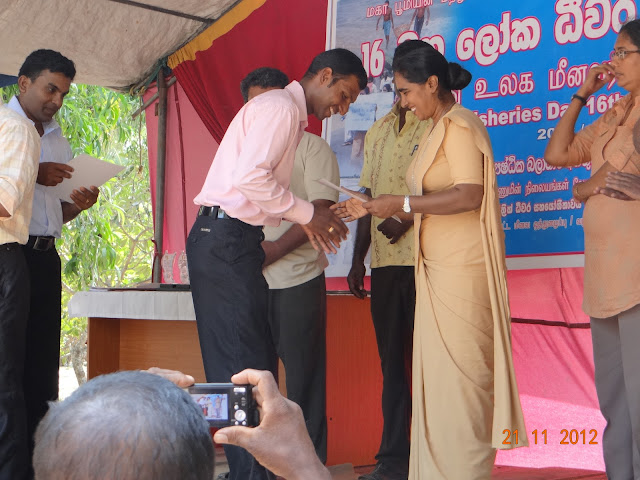 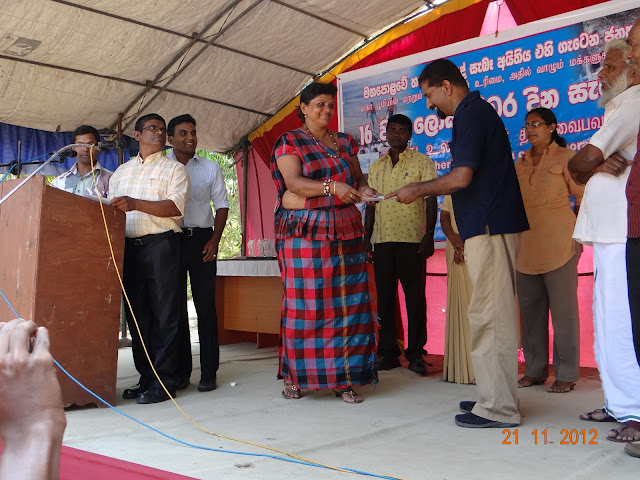 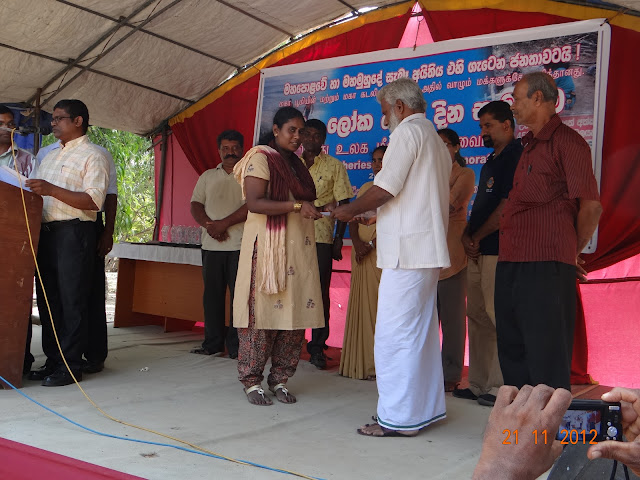 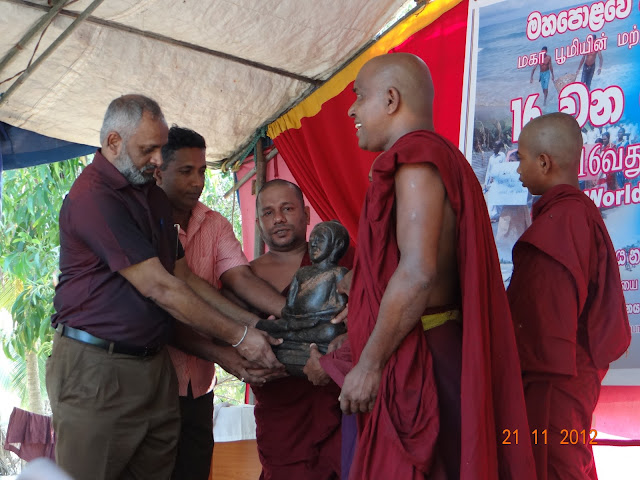 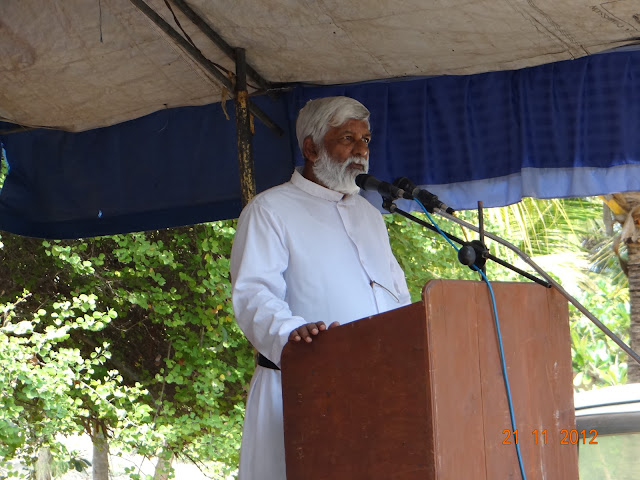 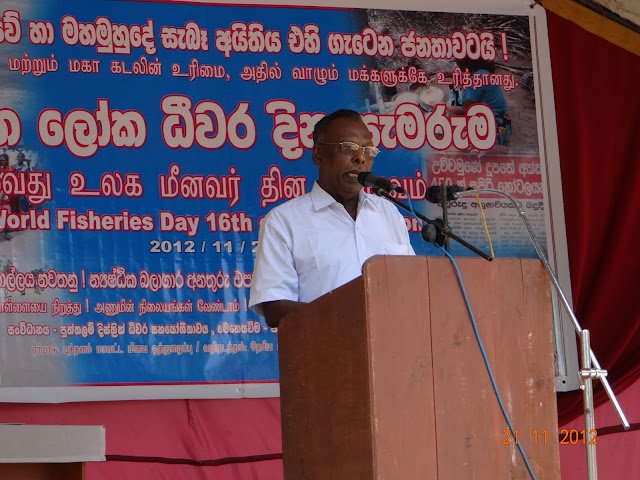 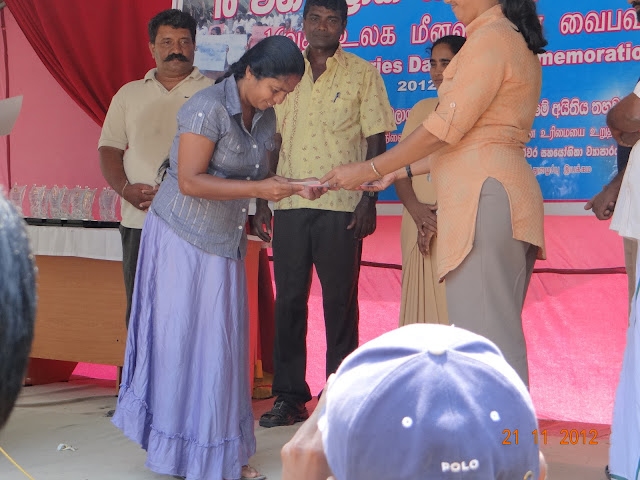 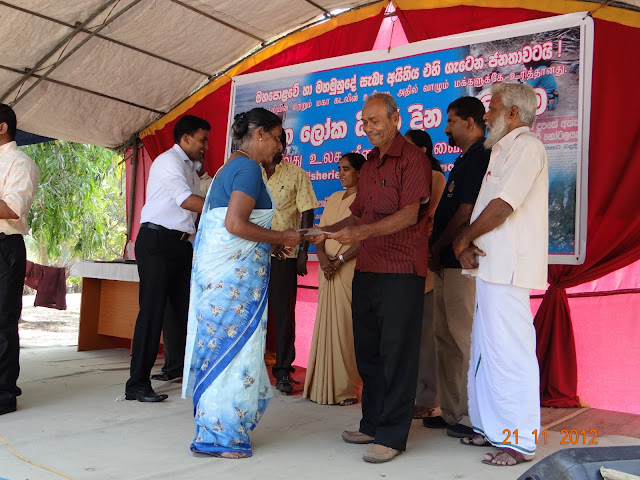 Several people including Ven. Bandiwewa Diyasena thero and some fisher leaders received awards from the fisheries community appreciating their community service done for the community.
Share this article :
« Prev Post Next Post » Home