Home » » “Unite for a Better Future for Women in Sri Lanka” - The exchange program between Fisher Women in the East Coast to West Coast of Sri Lanka.

“Unite for a Better Future for Women in Sri Lanka” - The exchange program between Fisher Women in the East Coast to West Coast of Sri Lanka.


The war between SL government and LTTE, which affected the northern and eastern regions of Sri Lanka in particular, the traditional fisher communities of Batticaloa have been very much restricted in their activities for a long time. Fishers were not allowed to fish (off shore), infrastructure was destroyed, no free movement of trade, etc. Even though the war activities ended in 2009, deprivation and hardships for the local people still continue. The Batticaloa district belongs to the poorest in Sri Lanka and its situation is in vast contrast compared to the “well-developed” south-western part of Sri Lanka.

Batticaloa district is also, together with the Amparai district, the worst affected by the tsunami of 2004 and many people (in particular women and children) lost their lives and livelihood. The tsunami rehabilitation work that followed also had a disturbing impact on the local society, such as the distribution of too many boats and fishing gear (also to non-fishers) leading to high pressure on the fish resources, discrimination of the weaker groups in the society, but also to a change of life style with fishing communities because many had been relocated far from their original village and far from their working place.
In post-war and post-tsunami Batticaloa, the major problems fishing communities are facing are:
·         Low fish catches. Many men stopped fishing because of the low catches and also because of the high fuel prices.
·         Rampant illegal fishing. Partly caused by inappropriate fishing gear distributed by NGOs after the tsunami of 2004,
·         Unequal competition from multi day fishing boats from south Sri Lanka (Matara and Hambantota), also leading to gear conflicts. Multi day boat fishers destroy nets of local gillnet fishers. Local fishers feel that the Sri Lanka Navy is on the side of the multi day boats.
·         Displacement because of tourism development  by hotel chains and outside capital investors. Also labour is mostly not local.
·         Lack of marketing infrastructure. The road development by the government is  for servicing tourism development and not for fish marketing. In particular in the raining season there is a transport problem,
·         Middlemen problem. Big traders, often from south-west, come with trucks to buy the fish. Fishers are in debt with them, leading to bonded sale,
·         Lack of capital, technology and skills in particular for the production of quality dry fish and fish trading activities, alternative or complementary livelihood activities and general infrastructure in villages,
·         Legal issues, such as problems of land ownership. Many lands are disowned during the war.
·         Local fisheries department of Batticaloa has no power. Policies come from central government. Also local fishers feel that they are discriminated against in allocation of subsidies by the government, as compared to fishers from the south (multi day boats).

Women of fishing communities face serious hardships. Many households have lost male bread winners and became female headed. Besides having the burden of taking care of the family alone, women without husband (widow or missing husband or deserted) suffer also of a low status in the society. Violence against women and child abuse are frequent. Women also are not sufficiently aware about their legal rights.
During the war, many girls from fishing communities were conscripted by LTTE. It is reported that around 1860 female ex-combatants  arrested by the SL army after the war, were from fishing communities. They need to be “re-integrated”. However, most of them are traumatized, have little education, few skills and are in poor health. Many are also physically disabled. They also do not have an ID card as well. They live in communities where it is already difficult to start a small enterprise or find employment to generate adequate income for the well being of the family. There is no adequate  professional help for them and it seems that in Batticaloa women heading households bear the main burden of caring for these (injured) female ex-combatants and traumatized returned former child soldiers.
Though families in Batticaloa have been displaced, dispossessed and dispirited in the long running war and the 2004 tsunami, matri local traditions and support provided by matrilocal kinship networks seemed to have survived (Batticaloa has a matrilineal society). These female support networks seem to be of enormous value for emotional stability and feeling of security. However women receive very little outside support . They primarily receive charity type of help. There are many NGOs that targeted women for micro credit projects. The women told me that in general this had increased the burden of the women, because they could not repay the loans as their household had not enough income as they lack income generating activities. They told that in several cases the husband even left the wife because of the problem to repay the micro credits. 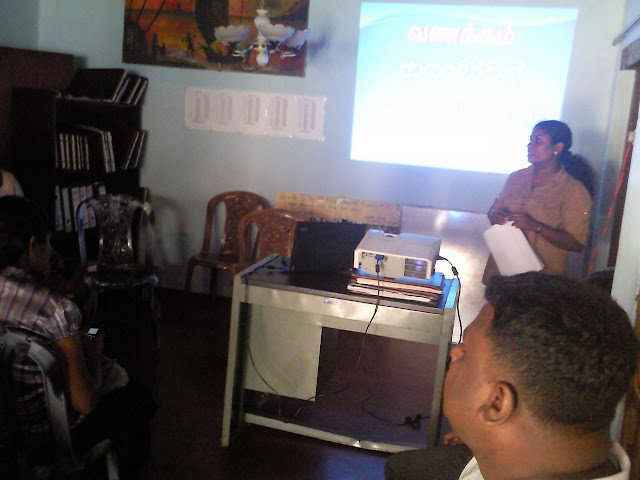 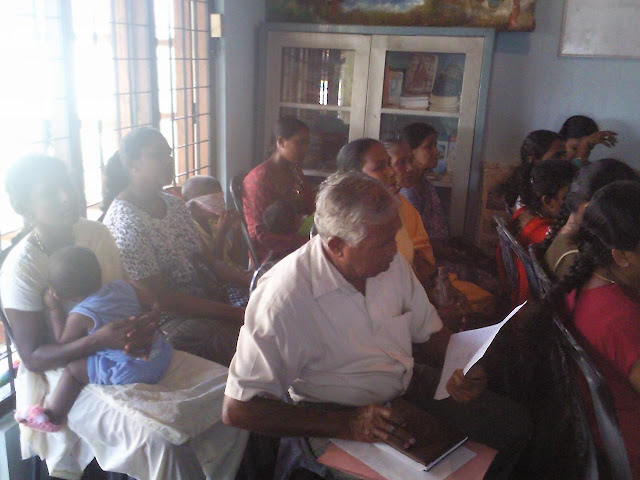 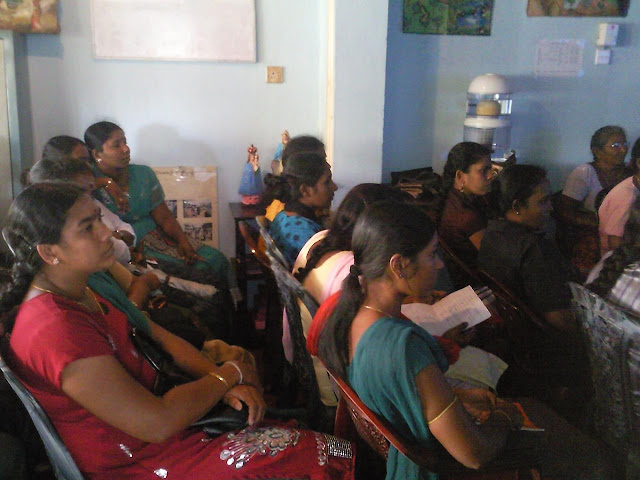 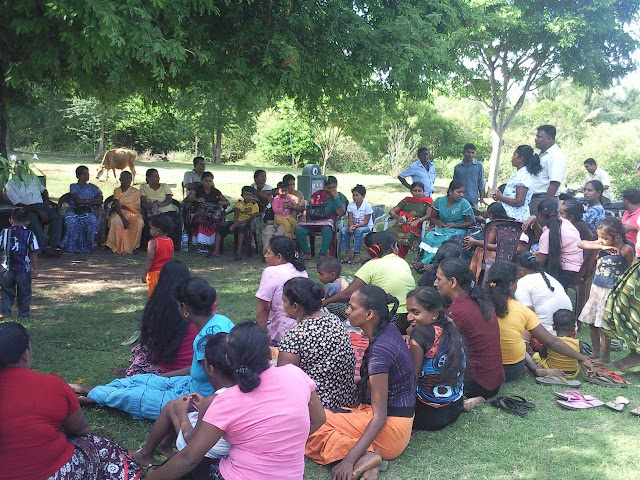 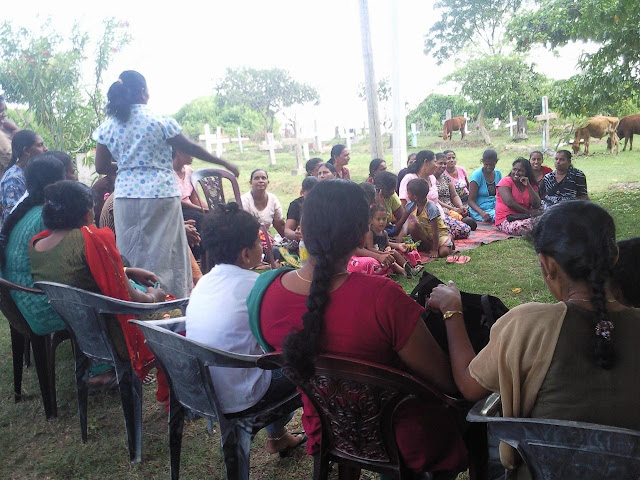 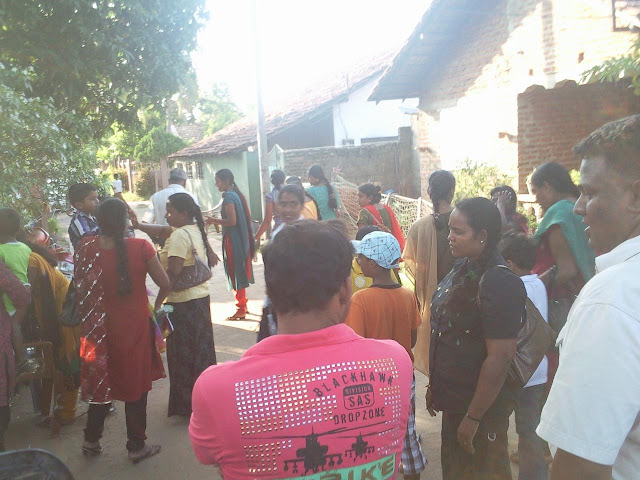