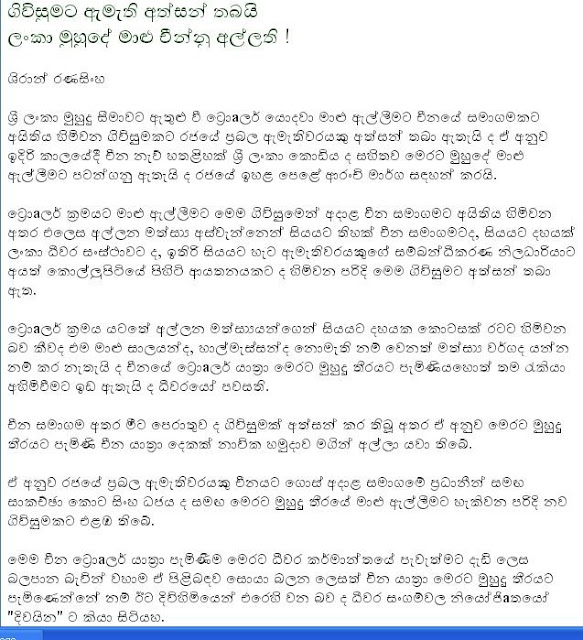 According to the news (Divaina - 2013.08.12)
40 Chinese trawlers under Sri Lankan flag, will conduct their fishing operations in Sri Lankan waters soon.
A powerful minister have signed the agreement with Chinese fishing company.
According to the agreement, 10% of the catch will go to Ceylon Fisheries coorporation, 30% to the Chinese company and the 60% balance will go to a company belongs to a coordinator of the minister.

Tension is growing among fishers of Sri lanka and they are willing to fight against this agreement leaving life behind.
Share this article :
« Prev Post Next Post » Home