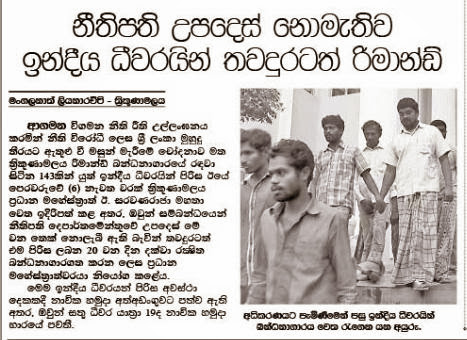 143 Indian Fishes Further Remanded till 20th January, who were taken in to custody due to entering in to Sri Lankan EEZ breaking Immigration and Emigration law. 19 fishing crafts belongs to Indian Fishers are also holding by the SL Navy.
(Lakbima 2014.01.07) 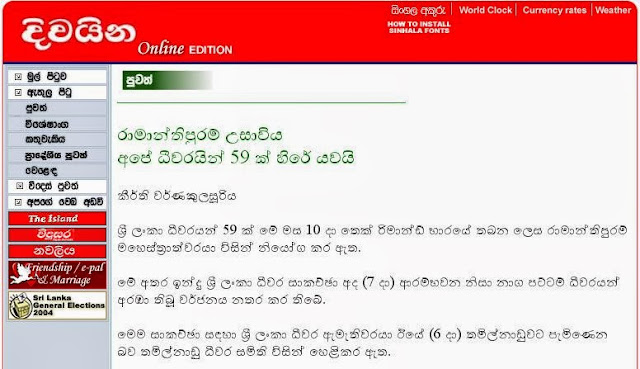 59 Sri Lankan fishers further remanded who were taken in to custody by Indian coast guards,(till 10th of January) by the order of Ramanthipuram Magistrate.
(Divaina 2014.01.14)