Home » » A Great Man was Remembered

A Great Man was Remembered

An influential man, who work for the humanity was remembered by the Sri Lankans on 20th of November 2014. Fr.Thomas Kochery, who borne as Indian national and worked for the poor and specially small scale fishers  of the whole world was passed away on May 2014 at age 71.
On 20th of 2014, National Fisheries Solidarity Movement together with Sri Lankan small scale fishers remembered his work and him as most closely worked foreign figure with them in Sri Lanka.
He loved to visit and be in Sri Lanka, whenever possible with reasonable work for people. By His own word, Sri Lanka was his second home.  Fr. Kochchery  closely work with NAFSO, in Sri Lanka and helped to mobilize Sri Lankan Fishers to get organize as a movement as well as to fight against oppression. 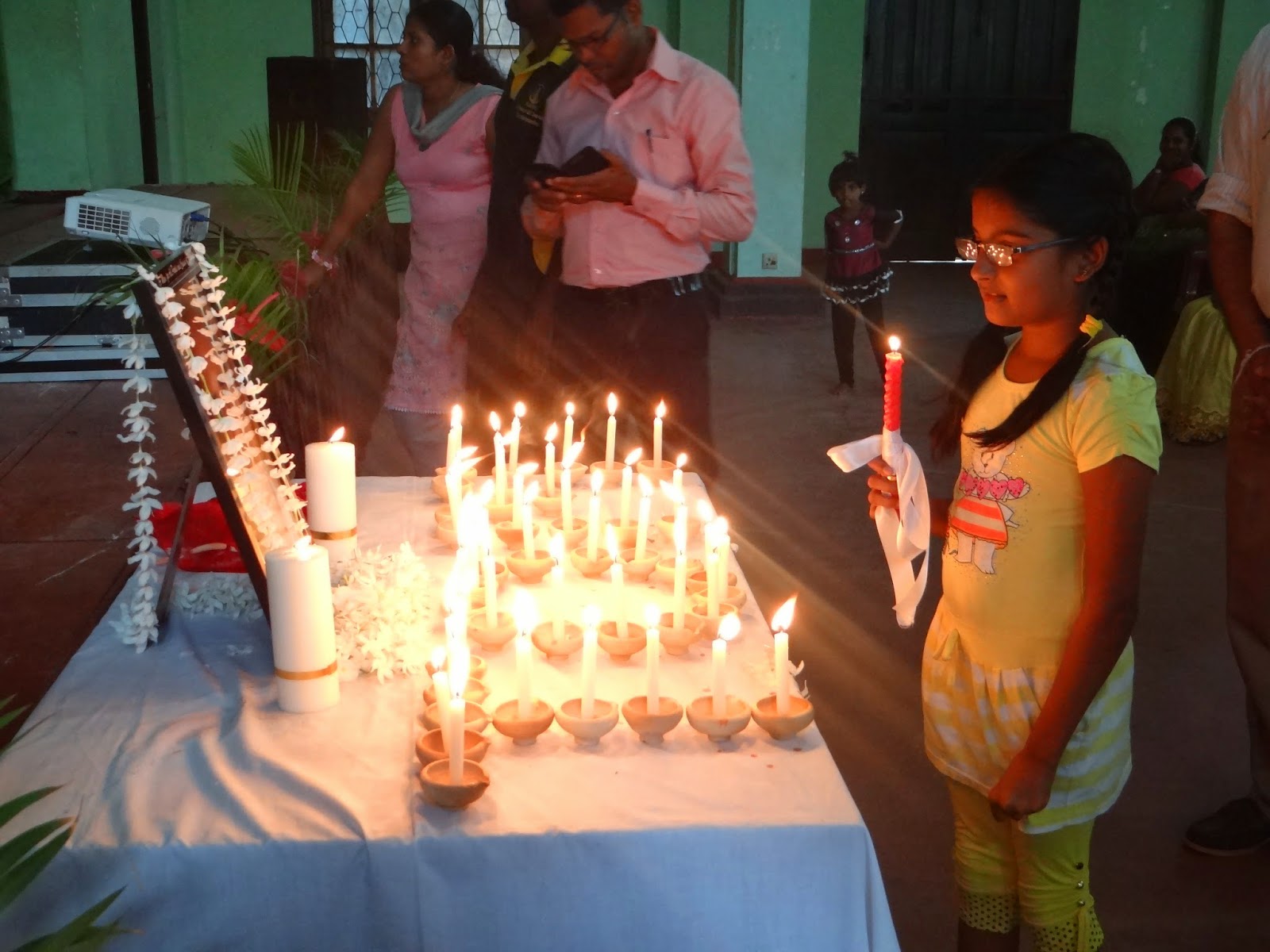 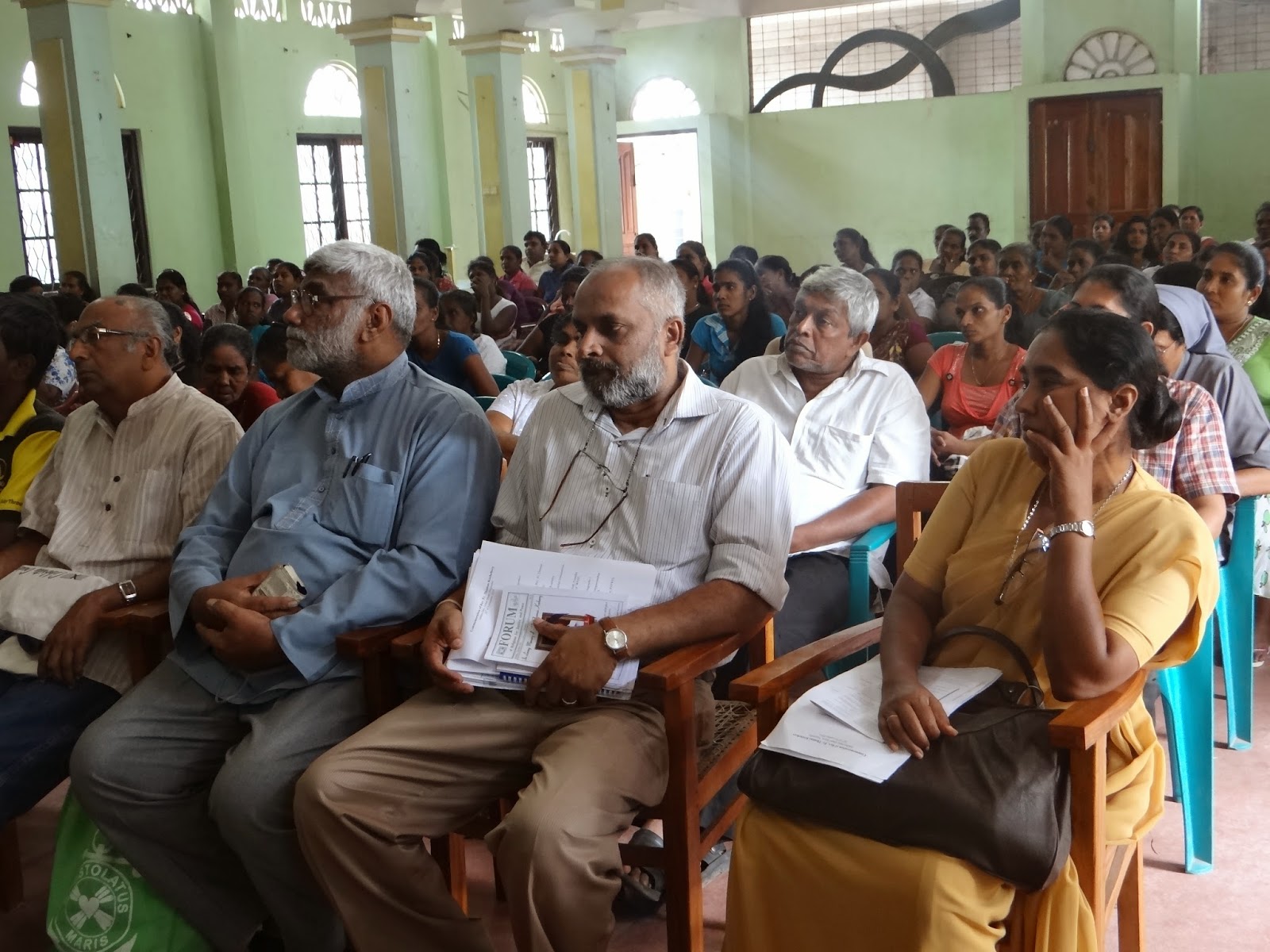 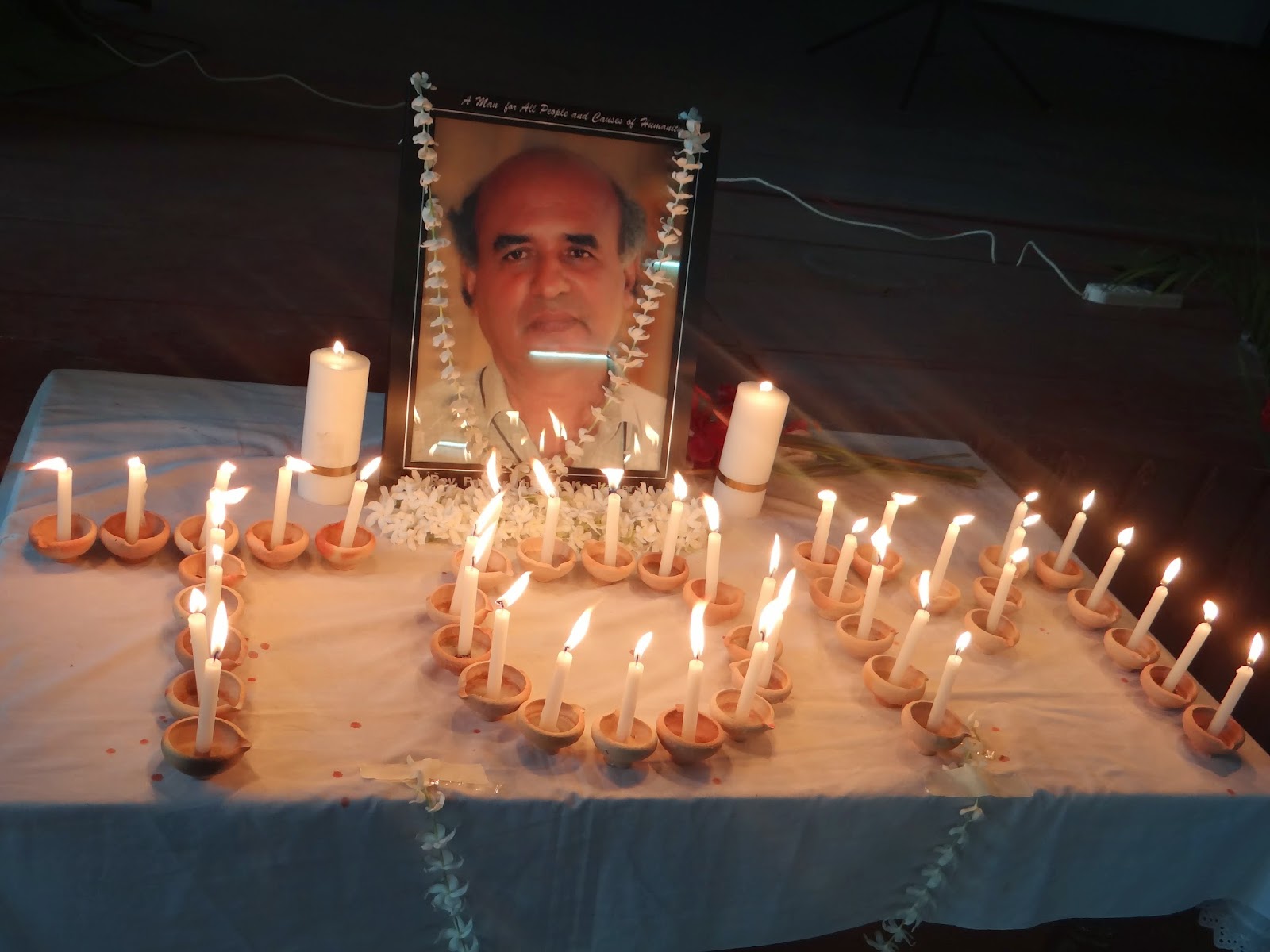 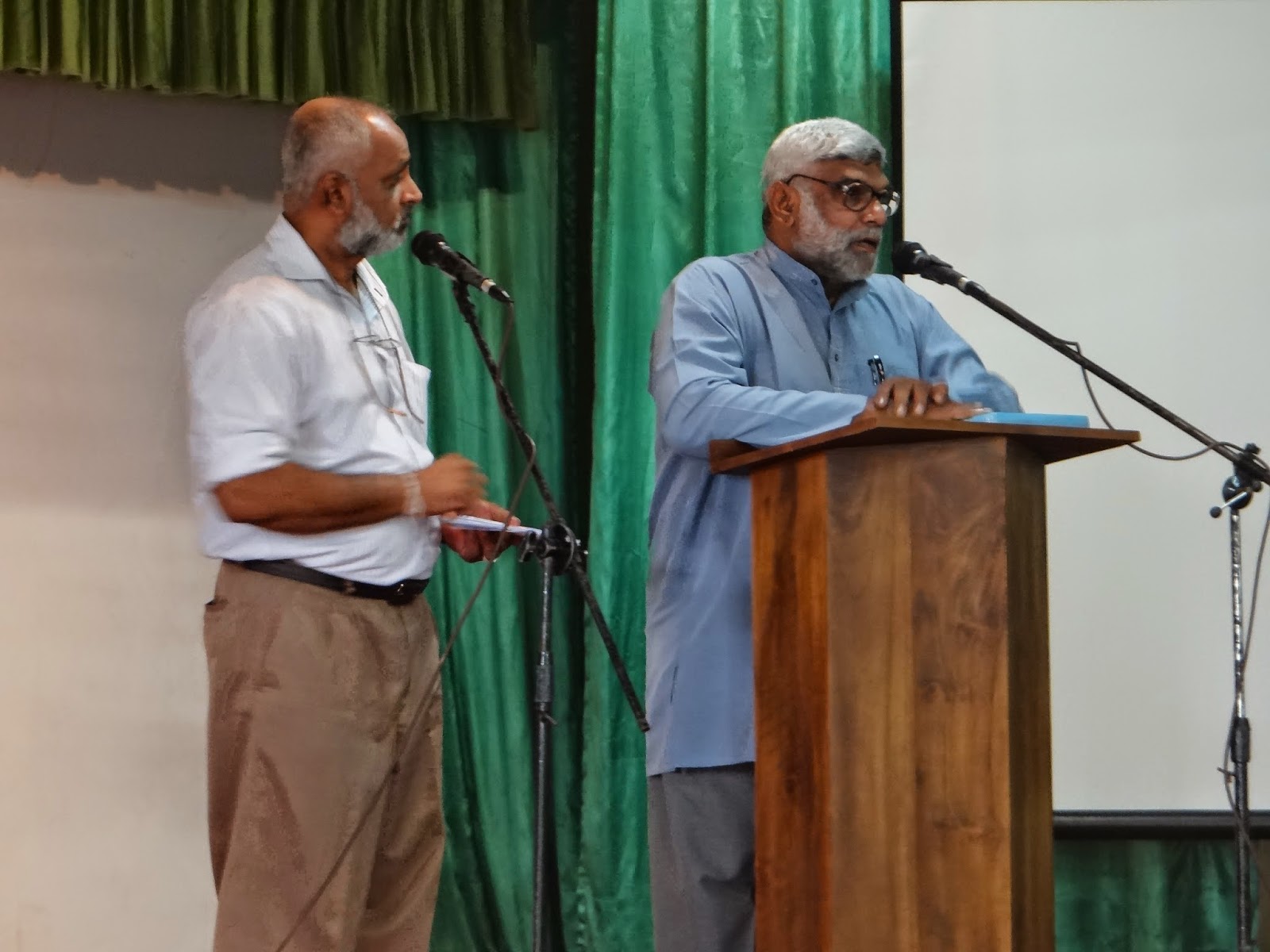 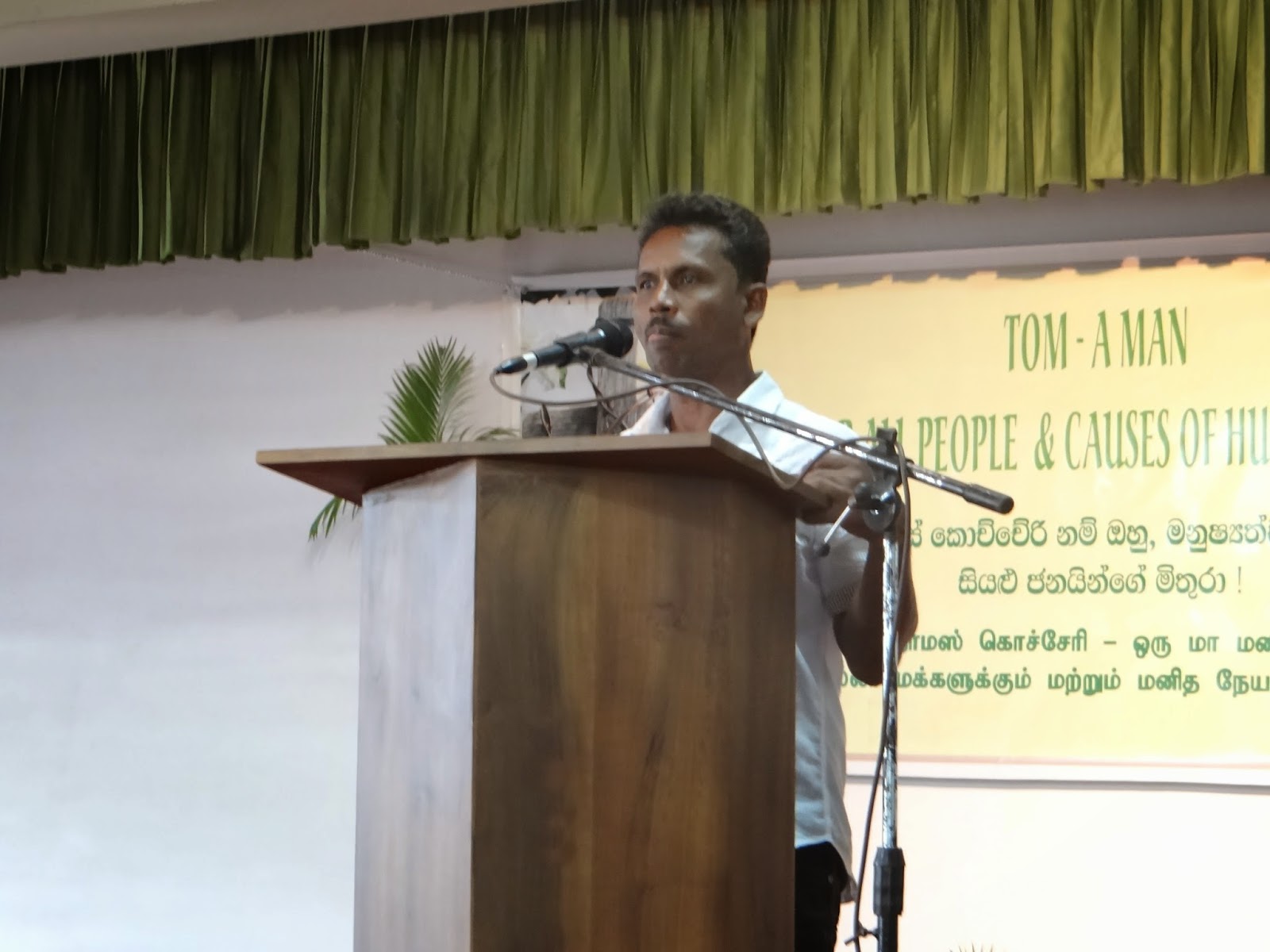 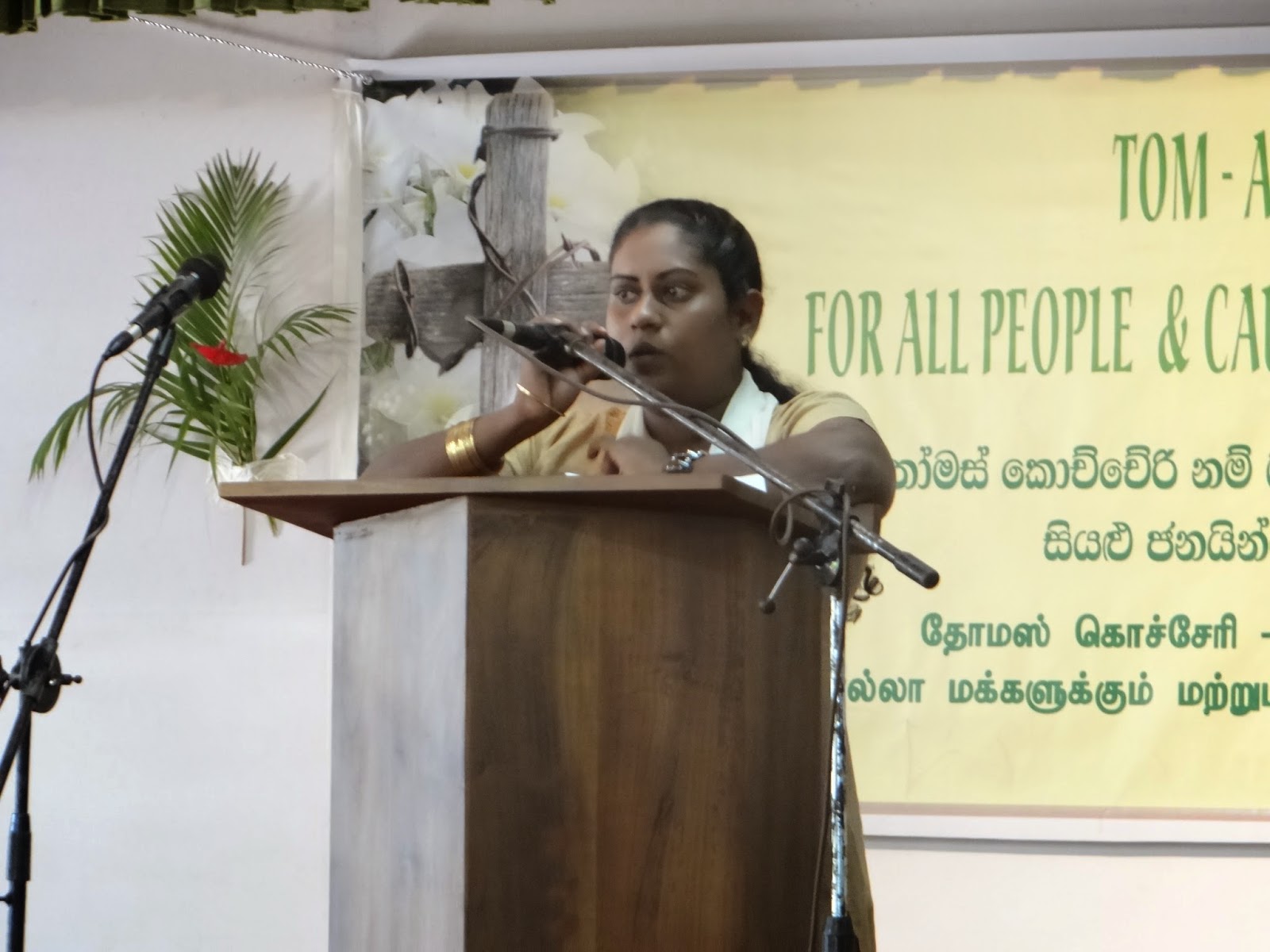 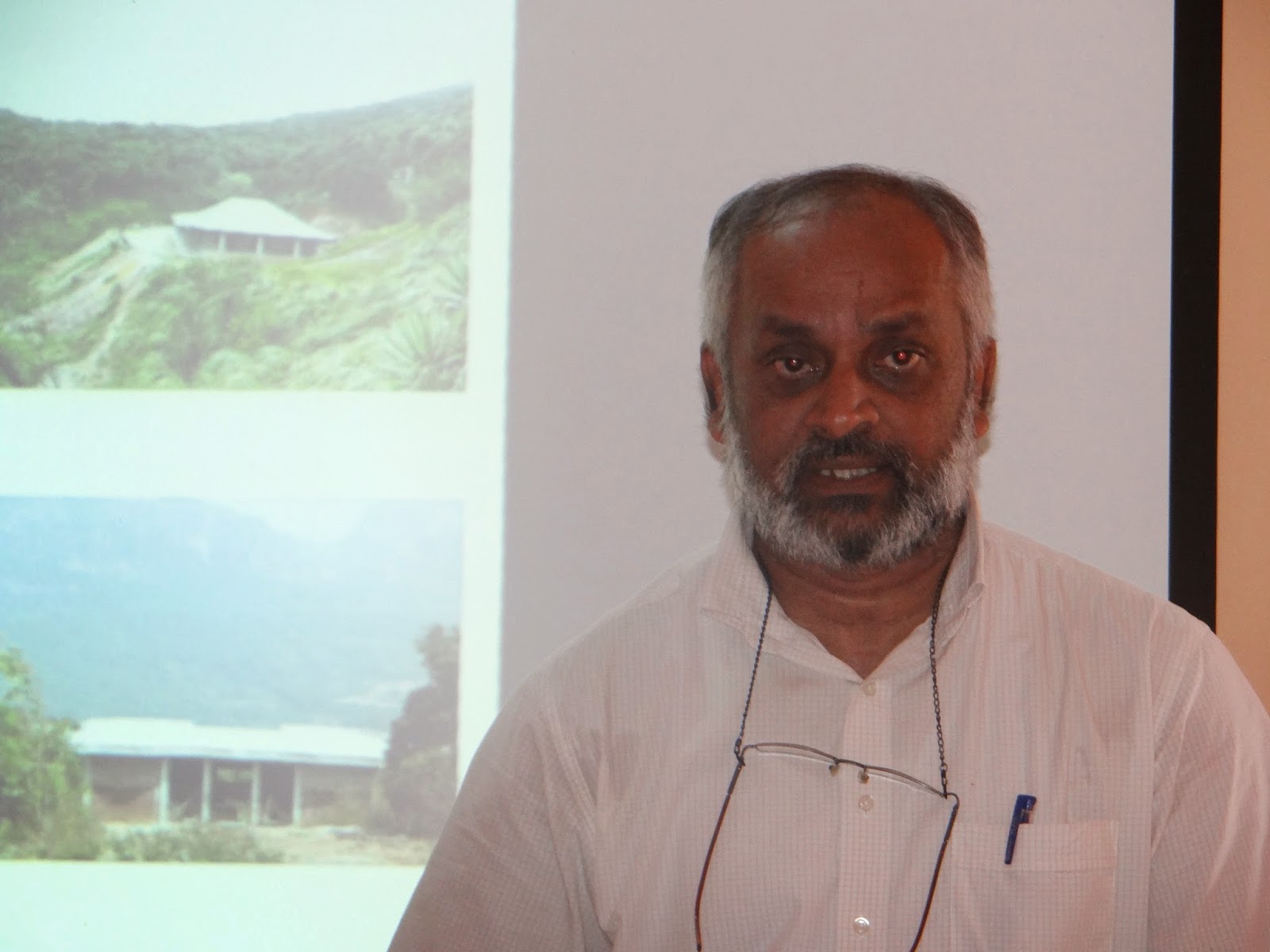 In 1971 Kocherry began serving as a priest in Poothura, a poor fishing village in Kerala. Soon he was accompanying local fishermen out to sea, running traditional nets from small catamarans made of wood tied with rope. He witnessed firsthand the suffering of the villagers as their livelihood was threatened by large trawlers operated by multinational fishing corporations. (More)
In the late 1970s, Keralan fishers started to organize and assert their rights on a whole range of issues. They set up an organization called the Kerala Independent Fishworkers Federation. In 1981 Kocherry and fellow leader Joyachan Antony went on an 11-day fast in favour of a Monsoon Trawl Ban (the breeding season for many varieties of fish) in Kerala. Kocherry was arrested on trumped-up charges; in the course of defending himself he managed to fit in a law degree at Kerala University.
By 1982 the fishworkers’ struggle had gone national, with Kocherry elected president of the National Fishworkers Forum. In the mid-1990s he led a nationwide campaign to stop the Indian government from opening up the country’s fishing industry to a growing fleet of 2,600 large foreign trawlers. With 10 million Indians dependent on a sustainable fishery for their survival, the stakes were high. A militant campaign included marches, fasts and blocking of major fish ports around the country. The Indian government was forced to withdraw the legislation – one of the first and most significant victories against corporate globalization. Kocherry, who went on to help form the World Forum of Fisher People, understands the tensions of fighting for the rights of the fishing community in an era of declining global fish stocks. ‘You simply cut from the top. The biggest, most destructive, trawlers go first and you work your way down until you reach a sustainable fishery. (More)
Fr. Thomas Kochery and his work will be remembered by generations of oppressed communities throughout the world, since his thoughts and fights are still continuing with the people who grown up under his shadow.