The "People's Movement Against PortCity" organized and conducted a press briefing on 31st of October at the Sri Vimukthi fisherwomen organization.

Subashini Kamalanadanan, Coordinator of Sri Vimukthi fisherwomen organization and member of convenor board of People's Movement Against PortCity were briefed the basic background situation and introduction to the meeting.  spreading of misleading news and revel of the depth of the issues arising due to the sand mining in the sea. Some of the fishers from a fisheries organization has been invited to a tour of the project area and later some fake news was spread by press quoting things those fishers never sed.

Due to this project, there are many negative effects, not only the environmental but also social, economic, political and cultural effects are involved. in 2016 October, fisher community gathered in Negombo town hall premises and started a hunger protest. later related officials agreed to take sand from 10km away from the beach and told that it will not harm to fisheries communities or environment. Then it was said to be a victory for fishing communities, especially of the church, as the Church intervene for the discussion with the authorities. Now, our experience is totally different than the agreement. A gentleman, a management officer from the Chines company which responsible for land reclamation has told that the sand mining is conducting only 7 km away from the beach. Now, authorities in the coast conservation department have said in a discussion that they have allowed taking sand from 5km away from the beach.

Mr Aruna, chairman All Island Fisheries Union also  "Minister of megapolice and western development recently revealed that the landfilling was already compleated by 50%  out of 269 Hectares of land reclamation". It does not mean that the amount of sand to be taken from sea is equal to what already has taken. Compleated area is shalow and now they are going to fill deep area. So needed sand might be several fold  than the amount of sand already taken.

The government uses strategies to divide people and compensation process one of them. The fisheries authorities have received 500 million Rupees from the Chinese company (China Communication Construction Company (CCCC)  who handle the project.  Some organization already have accepted the offer of 2 million rupees which allocated as a loan for each organization.  It is a way of bribing for stop work against the destruction by deviding people.

Fish stocks are already showing some negative growth. Still we do not felt the impact because we are catching the fish from old stock. we will feel the harm done to the resource after 2 or 3 years later as breading ground destroyed now.

Mr Macus Fernando, Chairman of Negombo lagoon fisheries organization stated Fishhermen are totally depend on fish they are taking from the sea. family economy as well as nutrition supply will drastically drop as the project fully implemented.

Hilda Jeyamalar, a fisher woman from Negombo also participated to the media briefing as a pannel member. She expressed her difficulties as a mother and a wife of a fisherman. Our men are not used to do any other job than the fishing. So we cannot survive if fishing grounds are destroyed as they dont know any other profession to do. we have to stop this sand mining if not our lives are going to be destroyed by it. 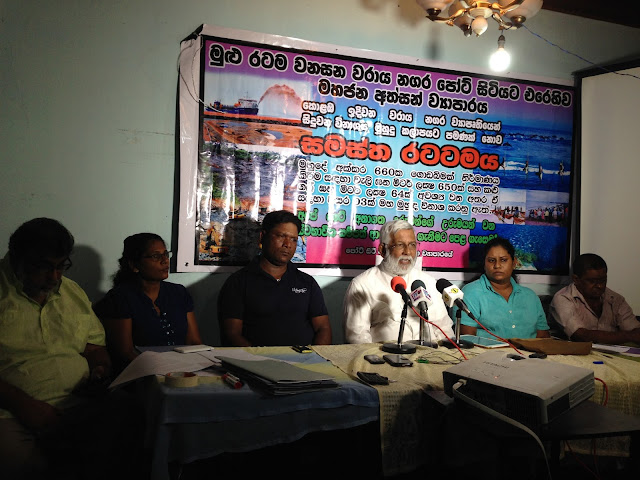 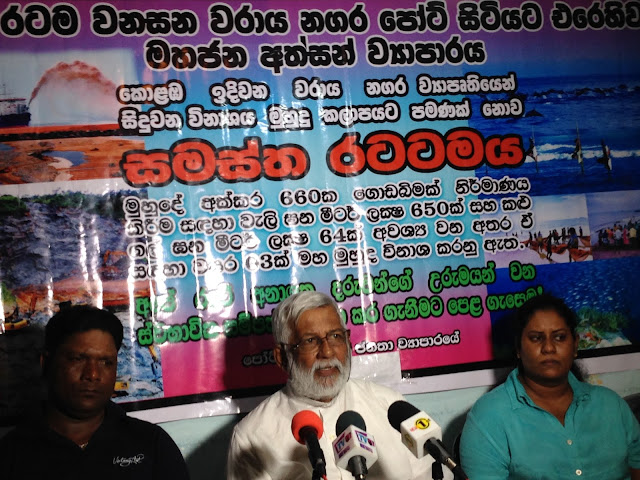 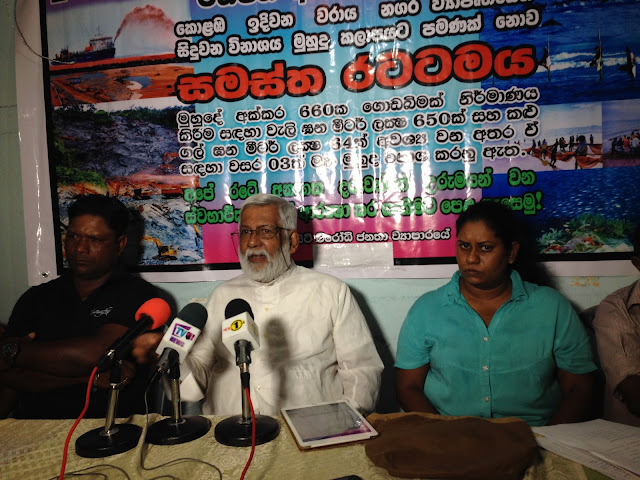 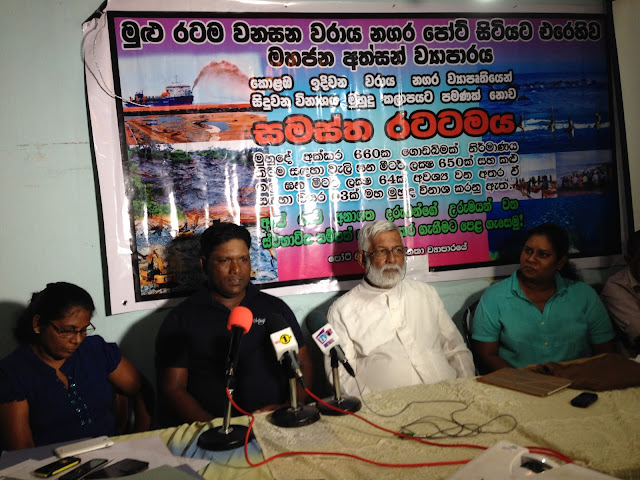 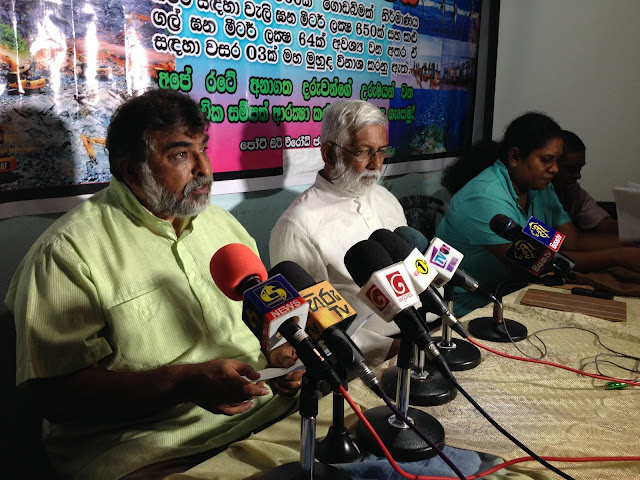 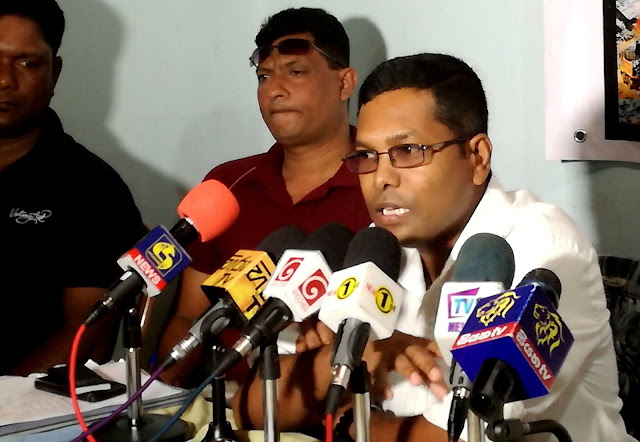 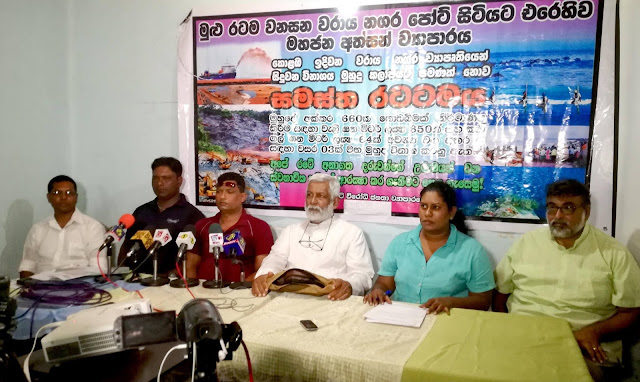 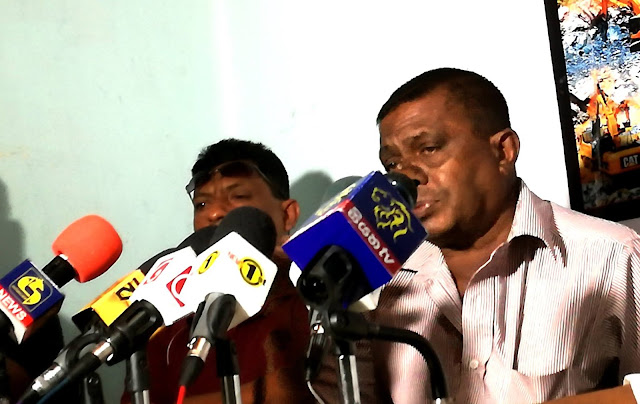 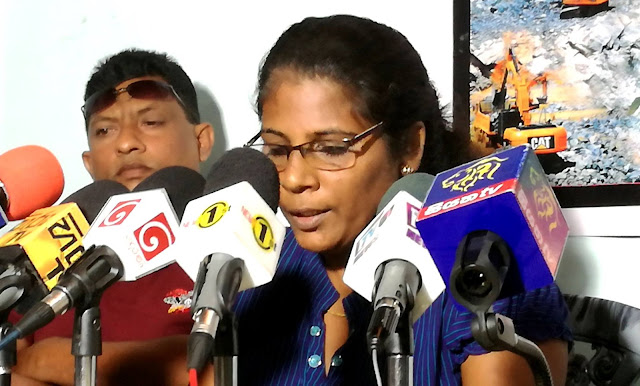 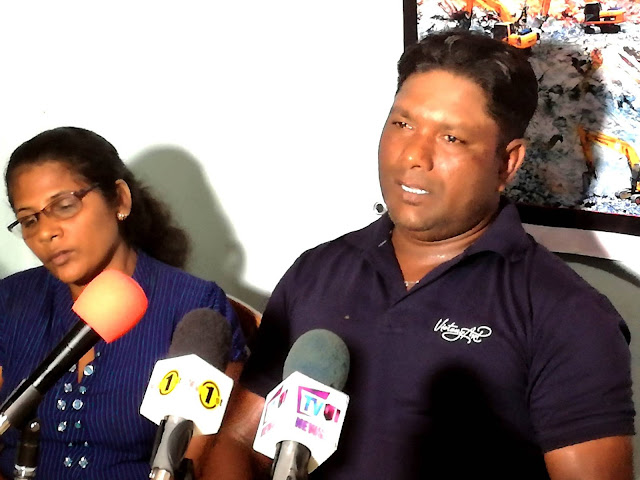 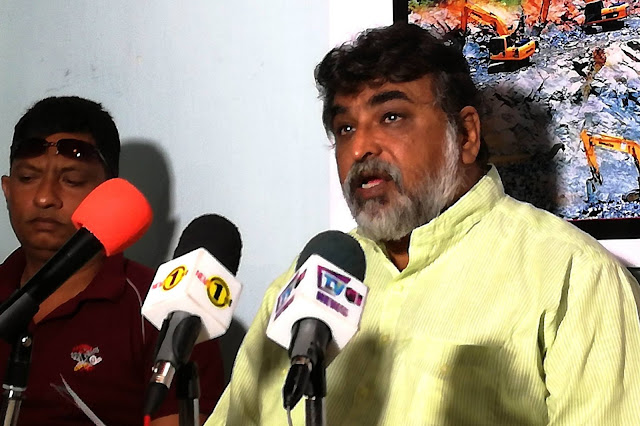 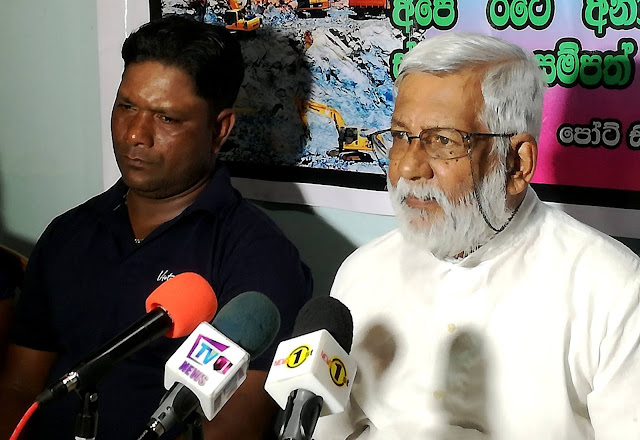 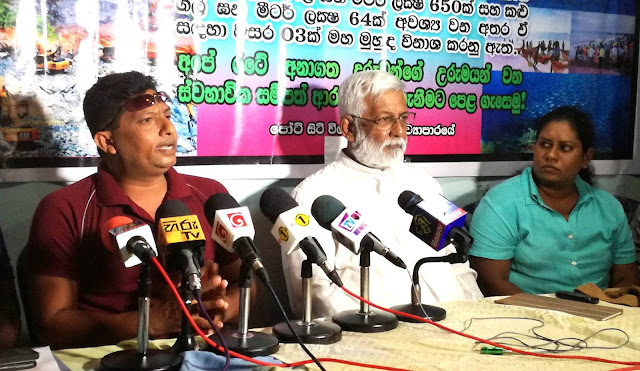