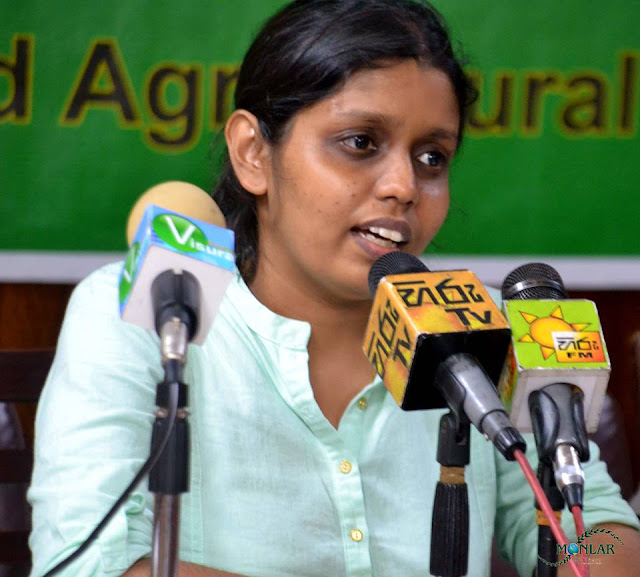 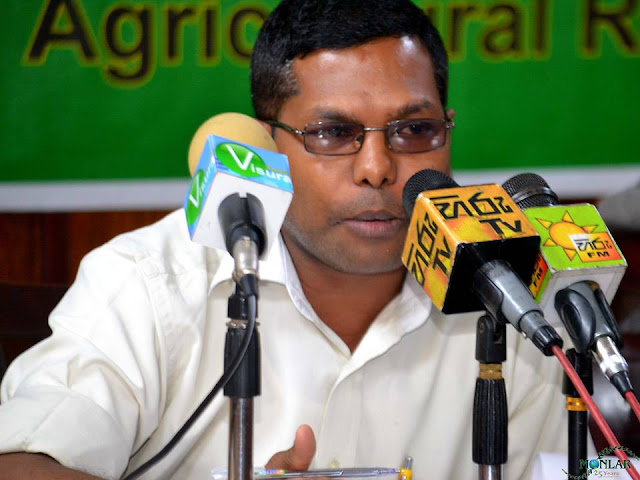 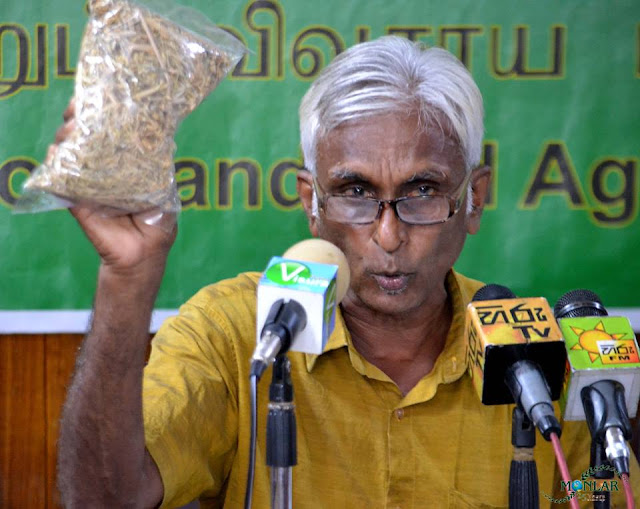 OUR ACTIONS ARE OUR FUTURE. A #ZERO HUNGER WORLD BY 2030 IS POSSIBLE”.

16th of October is World Food Day. World Food and Agriculture organization of the United Nations - celebrate under the theme of eradicating World hunger by 2030. 821 million world population suffering from hunger. When, there is a situation of World food production decides by the Multinational companies, small scale food producers and common people are in a helpless situation.
Organizing a News Conference, the Movement of reforms of Agriculture organization, Organization of Liberty, and National Fisheries Solidarity Movement stated that they are going to boycott the World Food day.
They further said that elected governments hand over the Natural resources of the country, in leave for the loans that the Government take from the IMF the present government said while presenting their first budget, in 2015, the country will be self-sufficient with potatoes and onion. How-ever the government has spent Rs.44200 million for the imported food items in 2017.
Share this article :
« Prev Post Next Post » Home