Home » » We will strengthen the “Kilinochchi District Fisheries Solidarity “together.

We will strengthen the “Kilinochchi District Fisheries Solidarity “together.

“Our roads not suitable  for the pregnant mothers, we can’t use the roads, because of there are so many big pits on the road. My son was disappeared, he was still not found.” They said by at women meeting in Kilinochchi, we expect the fullest cooperation of  Nafso to strengthen our lives.
This meeting was held on 16/17 in February 2019, at Kiranji Village, Anbupuram village, Iranaimatha village, Valaipadu and Nachchikuda village. This two days meeting was  participated by 500 men and women. And they shared immense of problems they face in their day to day life.
National Fisheries Solidarity Movement (NAFSO) has 17 partner organizations within 15 districts in the Island wide. NAFSO always concerns to strengthen the partner organizations developing the capacities of the activists and spreading the intervention within the wider area of the district by developing the membership.  According to this situation, two days program was organized in order to strengthen the NAFSO’s partner organization of Kilinochchi District Fisheries Solidarity on 16/17 in February 2019.
It conducted a basic discussion to share the responsibilities among the participants and realize the objective of the event further.  The purpose of the event was to development the membership, take   prior actions to enhance the youth involvement and develop the women leadership through various involvements in the particular event. The participants were well prepared giving basic understanding about the organization and documents which were used to aware the people in the event. Because activists who visited the people had to explain about the organization as well as gave answers for the questions which were raised by the people in the meanwhile of the campaign. Necessary consultation was made for the activists before going to the field.
Two groups were prepared to visit the people in the field. One group visited the village of Kiranji and other group visited the village of Anbupuram in the first day of the campaign. The two groups shared their experiences obtained in the field at the end of the day. After sharing the experience, the plan was prepared for the day second.  Three groups were made for the second day and groups met the people in Irenaimathar village and the church. Second group met the people in the village of Walappadu and the church. Third group met the people in the village of Nachchikuda and the church. It gave priority to meet the community leaders, women, youth and religion leaders in order to educate them about the vision, mission of National Fisheries Solidarity Movement distributing leaflets, books and other documents related to the organization in the campaign. Especially it concerned to aware and motivate the young groups in the event as well. It has planned to document the whole process as a report.  As well as, prepare some short videos, case studies and photo stories capturing some significant slides of the lives of the people, environment, believes and historical evidences.
Around 25 activists engaged with the promotion campaign in Killinochchi. The activists from Mannar District Fisheries Solidarity, Rural Labour Society/ NAFSO in Jaffna, Mullathive District Fisheries Solidarity, Sri Vimukthi Fisher Women Organization in Negombo participated in the campaign representing partner organizations as well as Mr. Herman Kumara, National Convener, Mr. Antony Jesudasan, Mr. Laksiri Fernando, Miss. Lavina Hasanthi, Mr. Nuwan Pradeep and Miss. Philomena Dharmarathnam also participated representing the secretariat of NAFSO in the campaign. 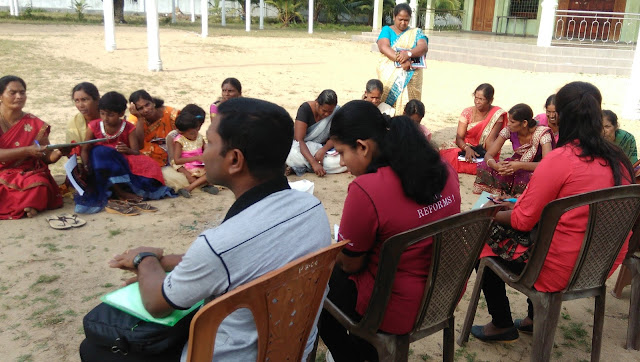 Valaipadu – Meeting at church and village 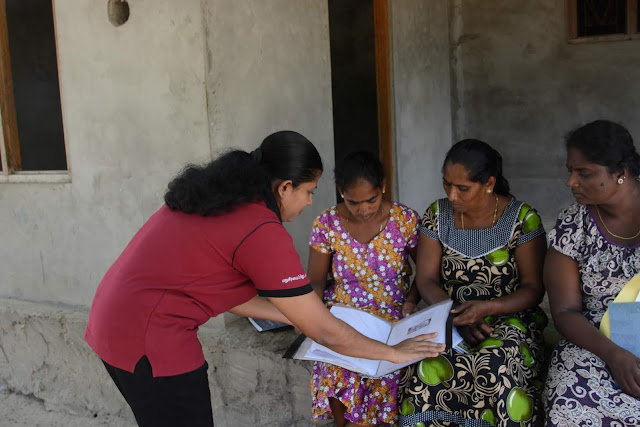 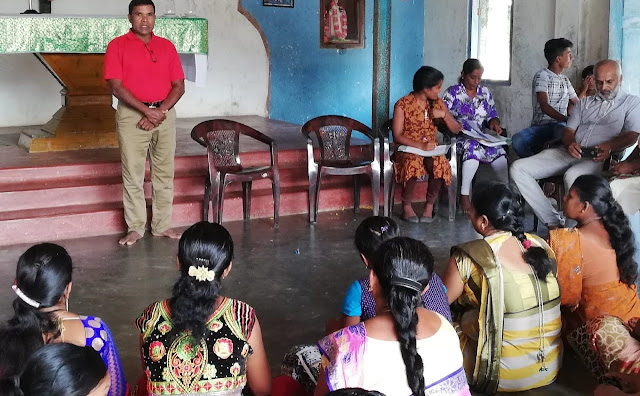 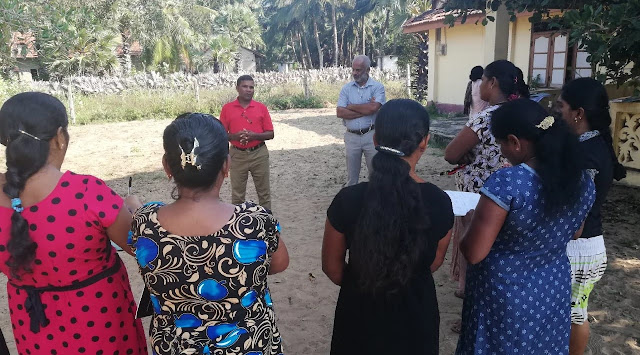 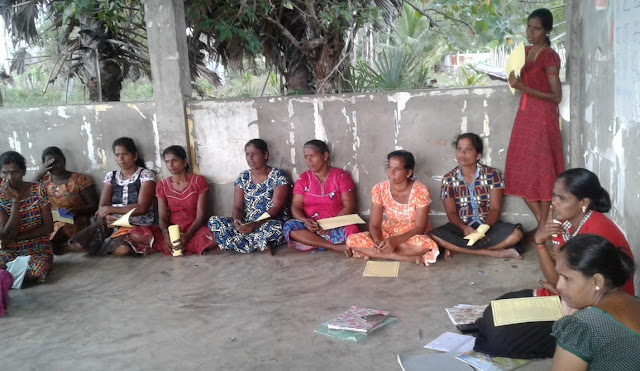