Fishing in the Sea is one of the most dangerous occupations in the world. According to ILO it is more than 3000 people died in the sea due to many reasons. Some times. it is possible to save the valuable lives of the fishermen if the precautionary measures are taken appropriately.
With the committed work of global movements of fisheries, the ILO adopted the safety at sea fishing convention on 2007.
After several years attempt, NAFSO was able to take necessary measures to educate the fisheries trade unions, fisher communities, women and also relevant authorities to ratify the convention in Sri Lanka and draft necessary policies and enact necessary laws to protect fishermen at sea.
As a part of the advocacy campaign, NAFSO had decided to get the support from Pradesheeya Sabha, the local government bodies, for discussion and pass resolutions to ratify the convention by the parliament.
SFO-Matara team had conducted an education campaign in Matara district and meet the Chairperson and the councilors of the pradesheeeya Saba for the support to ILO Convention.
Sahan Isanka, one of an activist of NAFSO said, "If we can facilitate to ratify the ILO Convention and to make policies based on that would be a big achievement. If we can save a single life from the work we engaged, that is the most important to us as we care the lives of everyone."
In this process, the Municipal council at Negombo, Pradesheeya Saba at Kalpitiya, Gravet and Kadawath in Trincomalee and Addalachenai are in supportive to the ratification of ILO convention. 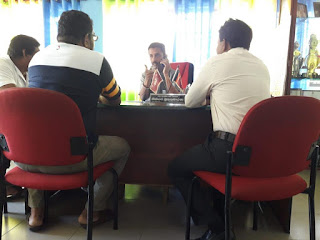 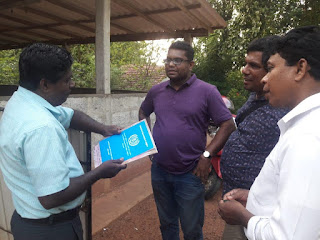