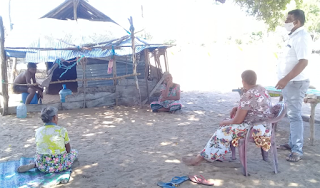 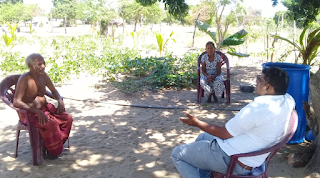 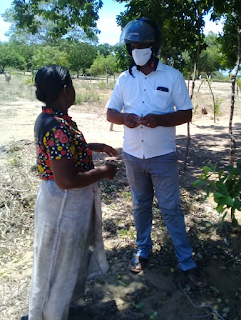 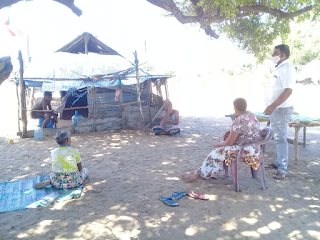 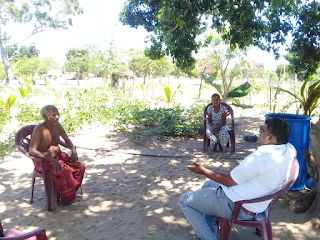 Ragamwela is one of the farming villages in Panama in the Ampara district. The people are depending on the income they obtain through the cultivation.  Vegetable and fruit have been cultivated in the garden. Coconut has been grown as the main economic crop in the area. Ampara District Fisheries Solidarity also distributed recently coconut plants with the collaboration of PARL for the people in the village. As well as Ampara District Fisheries Solidarity supported the farmers for developing irrigation system to the cultivation.  But, the farmers are facing threats from the wild elephants.  Destroying the co-existence between the human beings and elephants is not a new issue but according to the former situation, security forces had fixed an electric fence around the village blocking the movement of elephants into the village.  But, fixed electric fence has been removed right now.  Because of that, the wild elephants are breaking into the farms and destroy the cultivation.   Wild elephants have damaged to the coconut and other cultivations of the farmers in Ragamvila because of not having the protection fence. This information was shared by the farmers with Mr. Kalandara Issadeen, District Coordinator of Ampara District Fisheries Solidarity in the meeting held in Ragamvila on 1 of June 2020. The farmers have further requested to be brought this issue up to the authorities and give a proper solution for that.