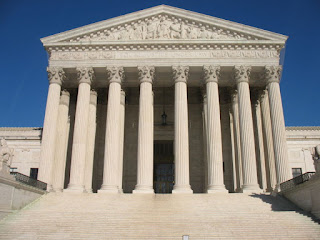 Kappallaiya is a place where small scale fishermen have been using it as their own anchor age place to keep their boats, canoes after fishing for a long time

This place is located in Puttalam district belonging to Kalpitiya coastal belt. According to the historical books usually Muslims were used to use this place to transport goods which came from the middle of the country and there is some evidence, 200 years ago this place had been used to transport goods from Sri Lanka to New Zealand also.

National Fisheries Solidarity Movement (NAFSO) carried out a research in the recent future and tried to rebuild this place on behalf of small scale fishers to use this as an anchor age. Fishermen work with NAFSO and they used this place all alike for keeping their fishing boats.
When the time is passing, A businessmen called “Rockwood” who leads tourist hotels in the area tried to drive out fishermen from this place and use it for other purposes displacing around 120 fishing families. But fishermen had decided not to go out from this place and joined with NAFSO for taking some help for them.

According to a Gazette notification there should be 45 m width space to use a beach sine net in any certain area in a sea belt. But there was no a sufficient space where “Rockwood” use his BSN and he warned fishermen also not to use this place any further to for keeping their boats and canoes. Therefore all other small scale fishermen get unfriendly with him and inform responsible authorities providing them all historical information in this regards like Divisional Secretary, Kalpitiya AG and also Police OIC in Putlam.
After considering all truth information, authorities had taken action to cancel his fishing license for year 2008 for his BSN.
As a result of this fishermen’s gathering the Businessman Mr. Rockwood, couldn’t gain his license and he filled a case in Puttalam district court accusing all fishermen that they snapped at his BSN and disturbed his fishing and instead of caused lost he demanded from the court that he need at least 150 000 from fishermen.

This case was examined around 5 rounds at the Puttalam district court with help of five lawyers and fishermen faced many difficulties to present court without going for fishing.


In addition to that, Mr. Rockwood filled a case in Human Right Commission against police OIC, Divisional Secretary and also AG, accusing them saying that they have violated his human rights without issuing his license for year 2008.

Finally the Human Rights Commission pointed this case to Supreme Court judges and they had given the decision to withdraw this case.
Examining all these facts and figures the Puttalam District Judge had given judgment to withdraw this case and ordered Mr. Rockwood to pay the all the expenses for fishermen who spent their money instead of this court case after producing a report for the court by the lowyers who present on behalf of fismermen.
the final judgement was given on 5th March 2009 at the puttalam district court.

“Actually we could win this court case today, as we collected all the historical information regarding this Kappaladiya place and we decided to face any kind of challenge come for us when we talk this case in the court. Before all we respect NAFSO because they were behind us and pushed us forward to win our rights. We are very happy now and we can go for our fishing as usually we had it before”. Kappaladiya fishermen’s group leader, Laxman.
Share this article :
« Prev Post Next Post » Home