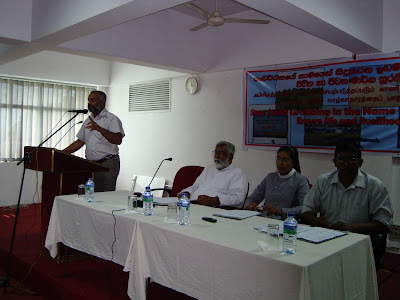 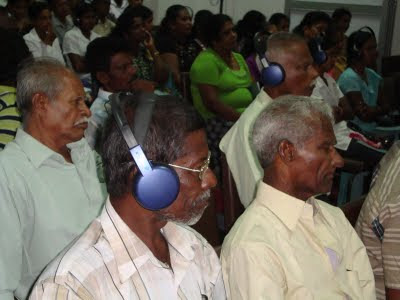 A national seminar was conducted in 6th September 2011 to disclose the reality of development threats to the people’s hereditary inheritance in many areas including, the situations of 14 Islands in Kalpitiya, large area in East coast including hundreds of acres of land area in Vakarei, Sampur, Panama, Arugambe. And also it will reveal the reality of sea plane landing projects that planning to implement in 20 inland reservoirs, destroying environment and fisheries sector in Parakarama Samudra, Polonnaruwa, Nachchaduwa, Nuwarawewa, reservoirs, in Negombo lagoon, in the name of the tourism industry development. At the same time the natural capital of Sri Lanka, which is Sinharajaya world heritage site, Nuckles range, Somawathie, Nilgala forest, etc are also in the verge of destruction due to tourism projects.
In Uva Wellassa, another thousands of acres of land being allocated for sugar cane cultivations as well as for Maize cultivation for bio fuel productions. All these efforts are carried out without any prior, free informed consent of the people. So, there are lot of tension and difficulties on general public, majority are farmers, agricultural workers, fisher folk communities, workers etc in the country. 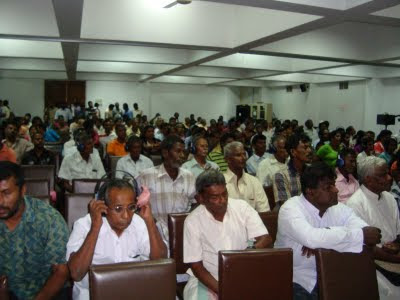 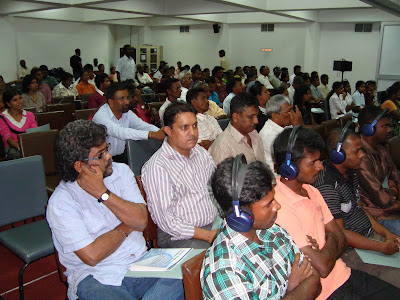 Around 250 people were attended to the seminar from Island wide, and reviled their issues related to development projects, mainly due to tourism industry.

After the seminar, there was a peaceful demonstration against land grabbing issues. 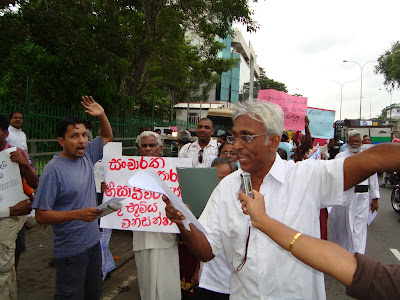 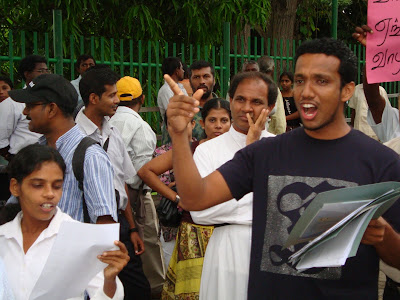