Home » » Authorities have Not met the promise of get released fishers from Andaman Jail, Protest starts again in Kandakuliya

Authorities have Not met the promise of get released fishers from Andaman Jail, Protest starts again in Kandakuliya 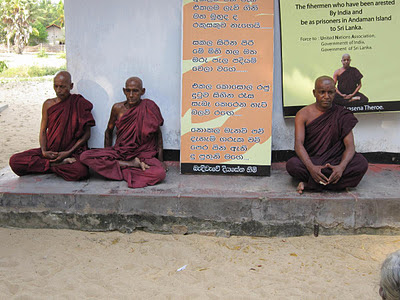 Kandakuliya villagers of Kalpitiya, Sri Lanka, have stated to continue their protest again since the government authorities not met its promises of get released their family members from the Andaman jail within promised time period of three months.

25th of last October started the hunger protest by Ven.Bandiwewa Diyasen Thero, on the issue of six fishermen from the kandakuliya village,imprisoned in Andaman Island jail for about 18 months without court action, who were taken in to custody during a fishing operation in 2010.

After a week of action in 2011 Oct, responsible government agent from the area has visited the site of the protest and asked to stop the protest while promising to villagers that the fishers in Andaman jail will get released within 3 months time period by the Sri Lankan government authorities. 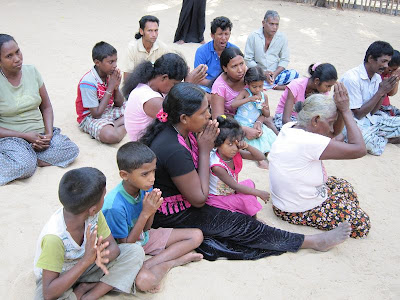 According to the Villagers' informations, during the last protest, government authorities have tried to stop the protest in several ways. threats and even accusingly talk about the ven. Bandiwewa Diyasen thero, that he has taken bribes from the fishing boat owner and trying to get release the fishermen via government authorities. And tried to get away from the its responsibilities. 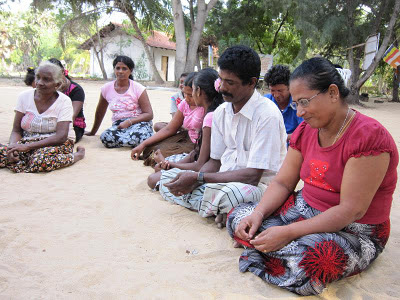 Ven.Bandiwewa Diyasen thero leading the strike with few other monks and the villagers.
He is mentioning that, Im not fear of any threat of the government who are trying to cover up their nudity by accusing the community activists.
Share this article :
« Prev Post Next Post » Home