Chief Minister of Eastern Province visited to Velikakandi in Beticaloa

National Fisheries Solidarity Movement (NAFSO) has been working with the people of Velikakandi, Kopaveli, Kithul, Thumpalachcholei, and Urukamam in Chenkaladi division of Beticaloa district for a long time. NAFSO intervenes to ensure the rights of internal displaced people (IDP) providing also assistance for them. NAFSO has especially involved to the problems of widows living in above areas. 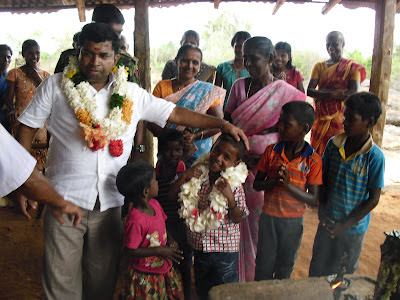 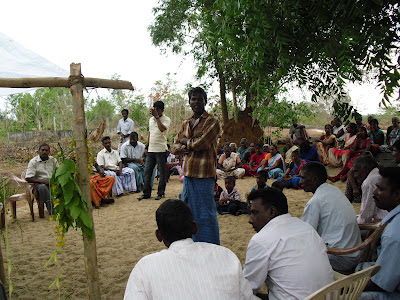 A petition about the existing situation and the problems that people are facing was handed over the Chief Minister of Eastern province by NAFSO with the involvement of people on 15 of May 2012. We discussed with the chief minister on the petition. The Chief Minister was considered the problems of houses, lavatories, drinking water and electricity facilities as major issues of the people. 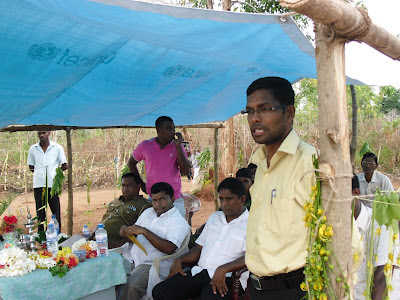 Intervening, the Chief Minister promised to provide solutions for all problems finding and directing those issues for the responsible officials. He believes that he is able to provide houses and lavatories through the project which is going to be implemented as a joint function between Sri Lanakan and Indian governments. He motioned that he would meet the people of Velikakandi again before his second visit he would like to build a fane and arrange the meeting in that. 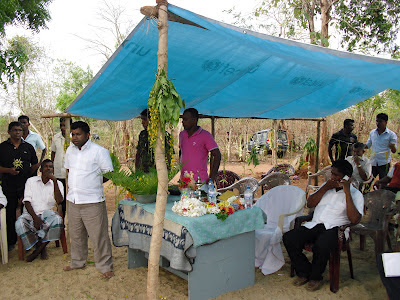 The people of Velikakandi, IDPs in Kopaveli, relevant government officials, and some forces’ officials, Mr. Jesudasan who is the coordinator of North and East of NAFSO, Lavina Hasanthi - women coordinator of NAFSO and Priyankara Costa-coordinator of IDPs program participated to the occasion.
Share this article :
« Prev Post Next Post » Home