A meeting with French ambassador and Northern Fisheries Alliance (NFA) was conducted in NAF office, Jaffna on 10th of January 2013, which was organized by the National Fisheries Solidarity Movement on the request of French ambassador .
Indian trawlers who are encroaching Sri Lankan waters are destroying our resources and the environment by using destructive bottom trawling nets. Government involvement is not adequate and they are not using proper actions to solve this problem.  Fishers have tried several methods to solve this problem with the help of National Fisheries Solidarity Movement, but still no proper solution for this issue.
Apart from Indian fishers, fishers from south of Sri Lanka are also destroying the resources with illegal destructive fishing gears and methods.
Most of the beach areas in north are under military control and holding as high security zone, some fisheries productive areas and landing sites are also covered by HSZs.  Previously occupied fisheries people living as displaced people and doing part time jobs for survival.
Pass system for the fishers is a trouble for the fisheries job and for the freedom of fisheries community.
Explaining these issues to the  ambassador asked to intervene to get solved through government. 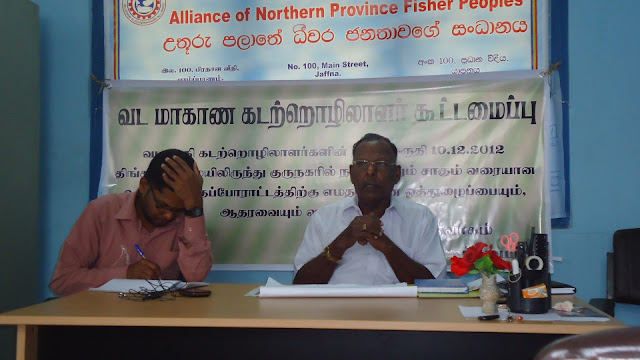 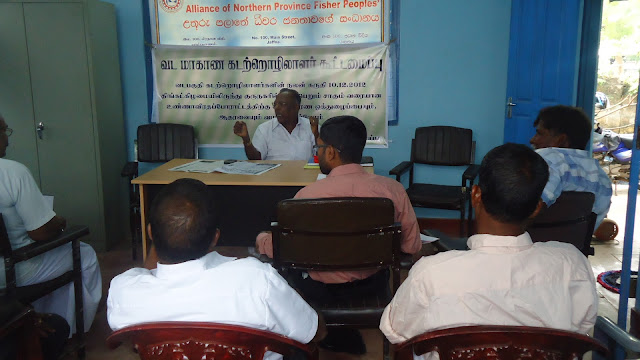 Mr. A.Jesudasan, Coordinator for North and east of the NAFSO convene the meeting.  He warmly welcomed the ambassador and her coordinator Mrs. Fany, and makes the guests aware on NFA background.  During his Speech, he mentioned that people, especially fisheries community still suffering from the burning issues even after the end of war. Displaced people during 1990s are still having not been settled since their lands are still under the high security zone. 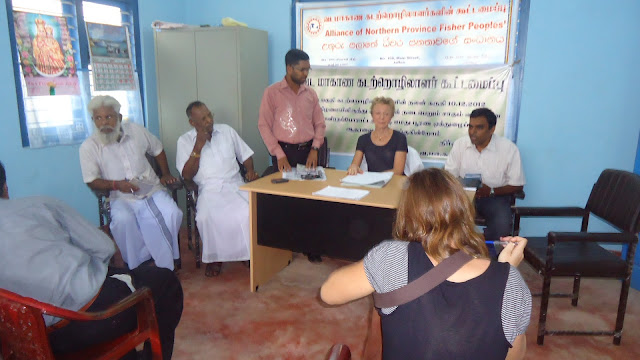 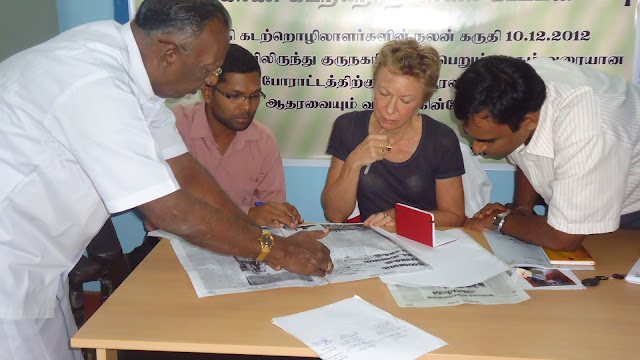 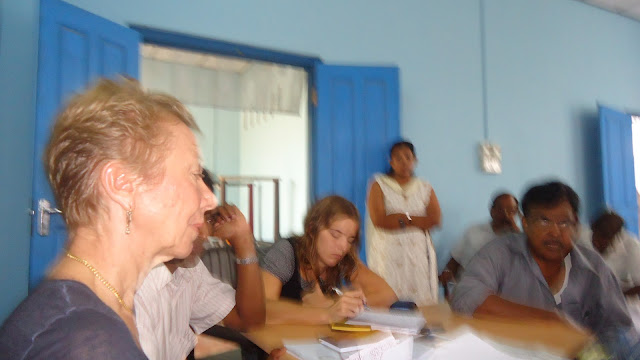 She asked two questions after telling that she will do her best to resolve these problems in her side
01.   Qu: Financial support from France government has invested for building of fisheries ports, have you aware of that?
Ans: There is one port in Gurunagar, but we do not know any other construction or development of facilities. Whether they do the developments  those ports cannot use by the small scale fishers.
02.   Qu: What is the Catholic Church role in this situation?
Ans: Who Only involve with this issues is Mannar bishop Rayappu joseph. Catholic church leaders in south do not help us to get solved this issues.
As most of Northern  fishers in Sri Lanka and Indian fishers who come to fish in Sri Lankan waters are Catholics, so it is very important to start a dialogue among catholic leaders in the two countries.

The same type of a meeting with French ambassador was conducted in Mannar district on January 12th 2013. It was organized by the Mannar district NAFSO coordinator   B.A. Susai. Mr. Shankar, treasurer of NFA and Mr. M.M.Aalam, Chairman of fisheries corporative society and several other fisheries representatives were participated to the meeting.