On 21st February members of Mannar fisheries  cooperatives conduct a massive protest asking the authorities to intervene on solve the Indian trawling issue. after the walking protest , protesters went to submit a letter to Mannar distric seratary, but he was not in the office at that time, later several representatives were allowed to go in the DS office have a discussion with relevant officers who were in the office at the movement. According to participants the discussion was not success but the Mannar district DIG of Police have promise them to give a discussion on 23rd February which will have the participation of all relevant officers of authorities and Sri Lankan Navy representative. on 28th of Feb will be the day which government authorities will communicate their last decision to the fisheries community.
Protesters have agreed to the proposed schedule, but they have informed authorities that, this protest will  continue if not proposed viable activities to stop the invasion and destruction of Sri Lankan Fisheries resources by Indian Trawlers. 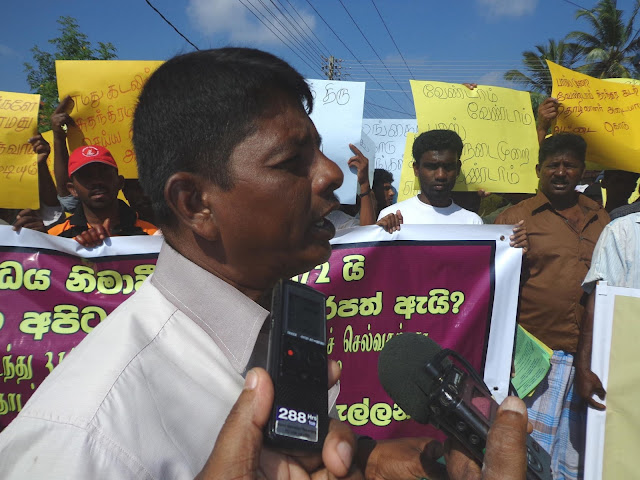 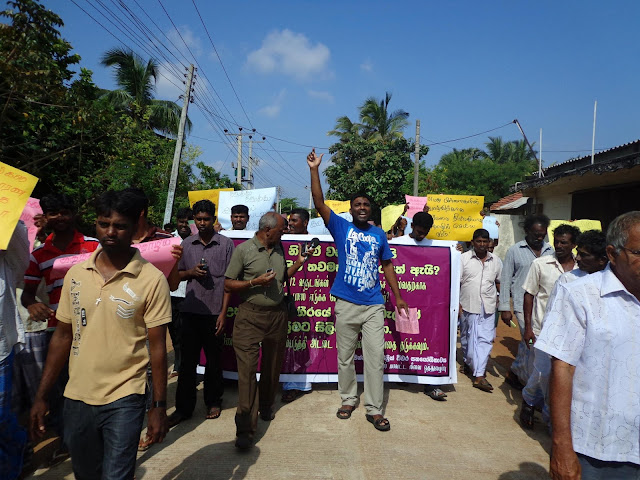 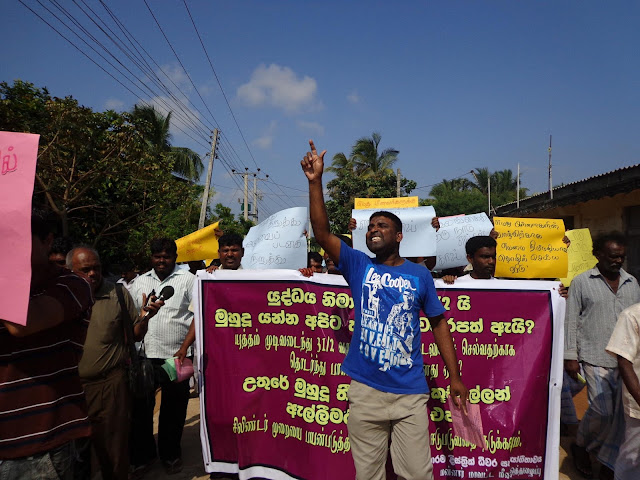 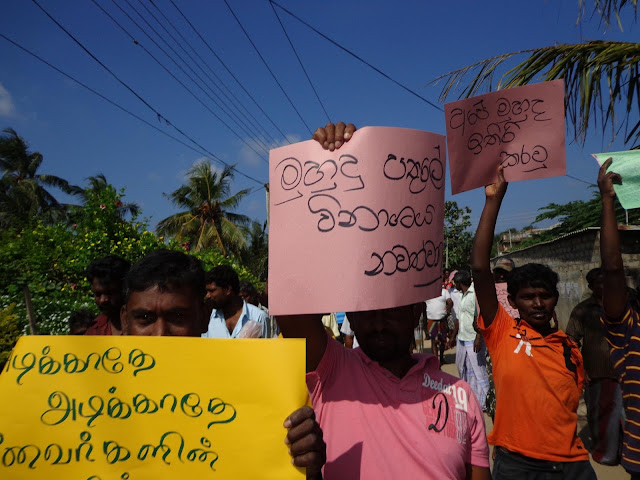 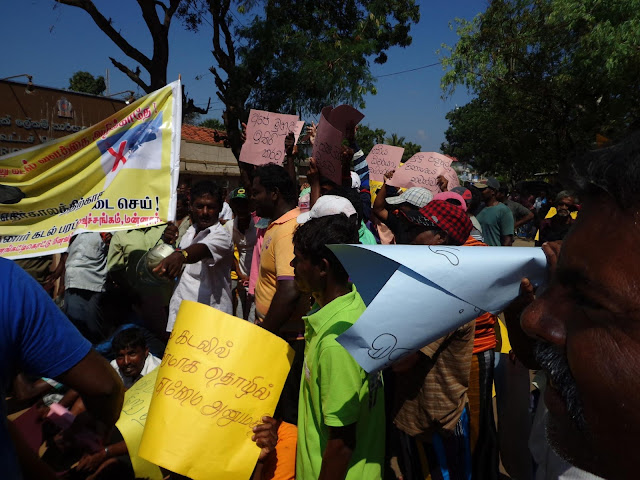 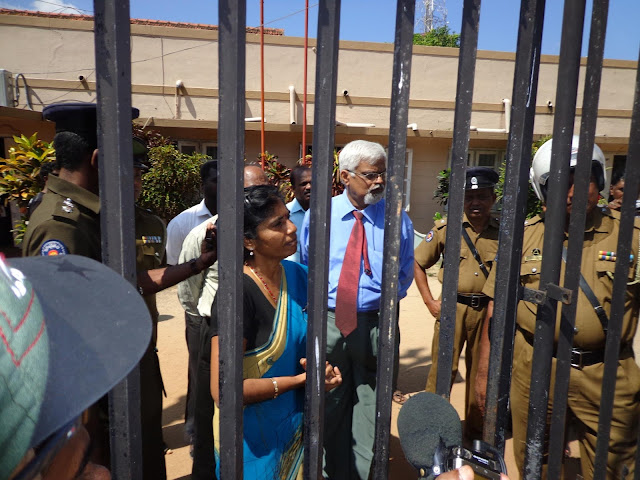 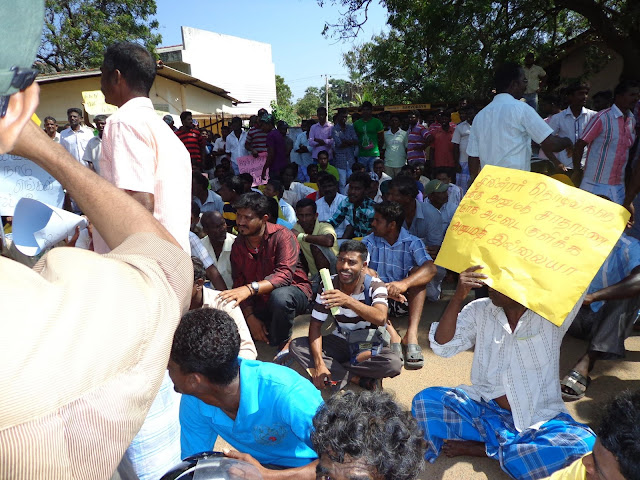 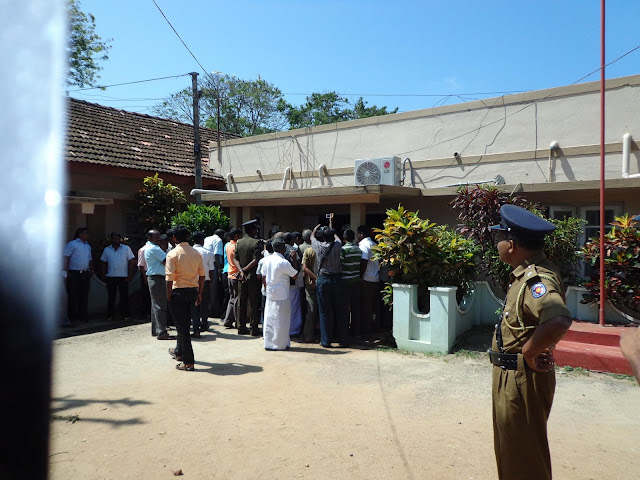