People living in Northern of Sri Lanka who suffered from war for 30 years have not had their freedom  in any means, even after the end of war. freedom to talk has been limited with military pressure and freedom to earn has been limited by Indian fishers who invade and destroy the fisheries resources of these people.
Fishers in North and East of Sri Lanka not conduct their fishing operations during the war period but after the end of war they had some freedom to go the sea and catch fish for limited time period during the day. There was abundant  valuable fisheries resources in the area since it was not utilized for decades.
But right to livelihood of these people have been devastated by Indian fishermen by grabbing the resources in the wast area of North and East sea using bottom trawling gears. around 2000 trawlers 3 days per week exploit the resource and the issue has developed up to a physical conflict of fishers among two country  while government of Sri Lanka keep the mum.
National Fisheries Solidarity Movement have initiate a dialogue on the matter among fisher communities in North,East and South. A meeting was conducted on 1st of March in Colombo with representatives of political parties, media and academics. several members of fisher organizations form South were also participated to the program. 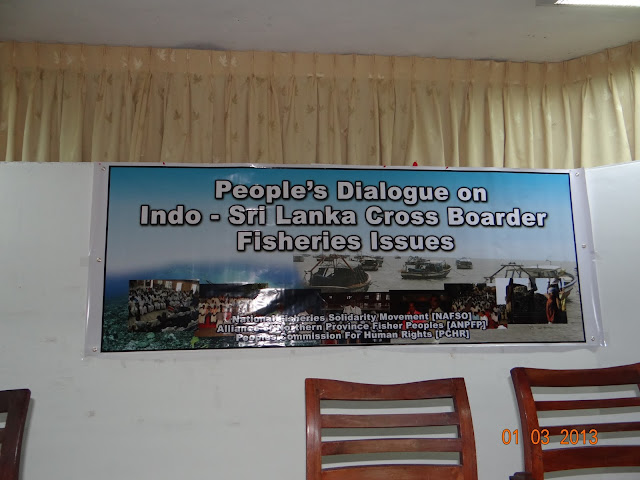 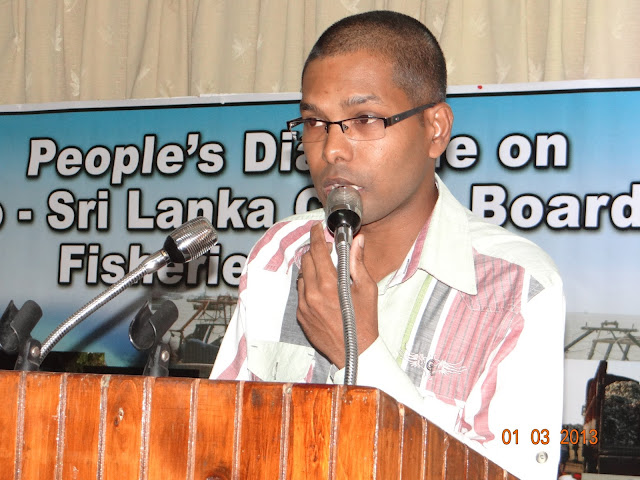 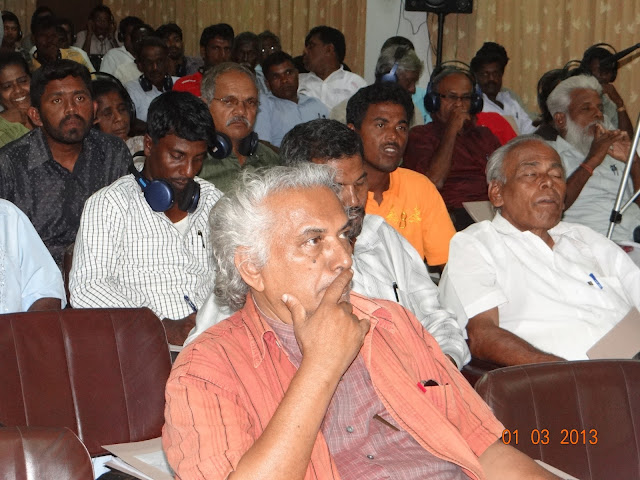 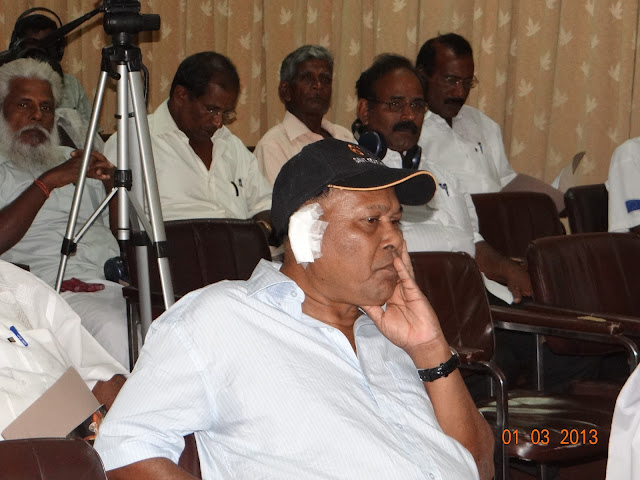 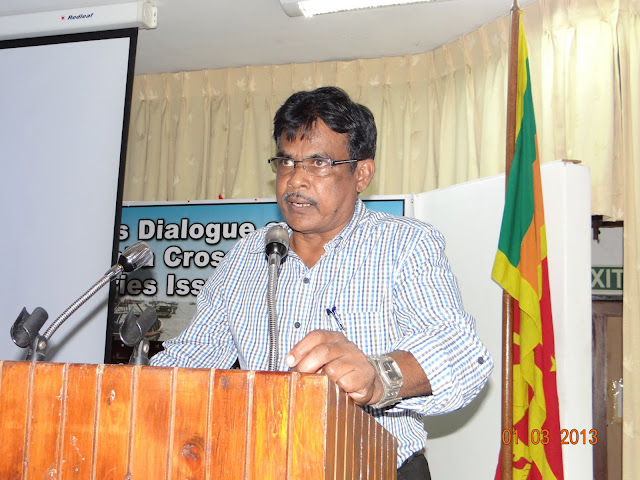 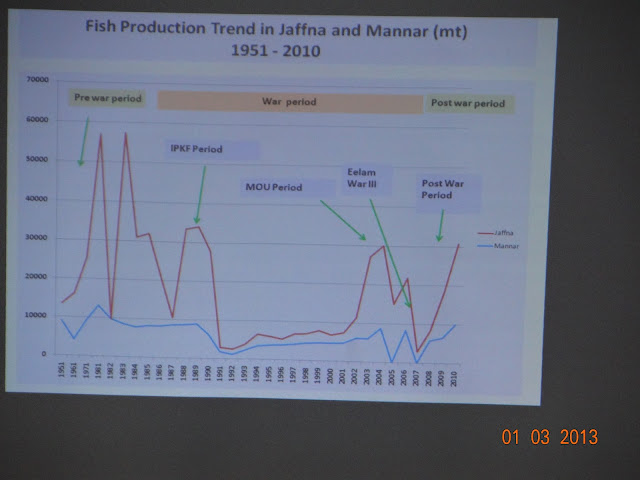 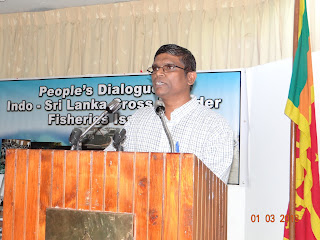 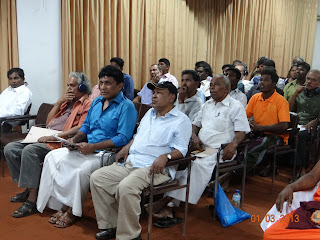 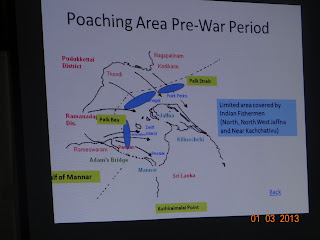 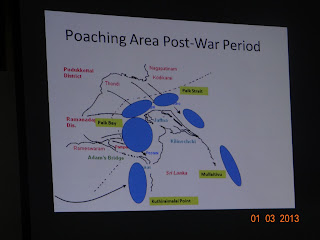 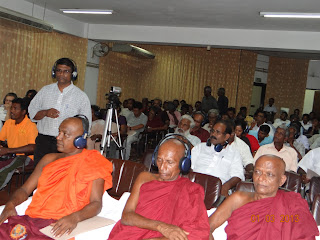