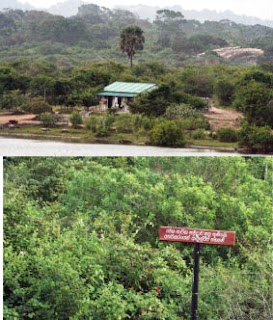 The Sri Lanka Navy and the Special Task Force (STF) are accused of grabbing 1,220 acres of forestlands in Shasthrawela, Ragamwela, Ulpassawela, Horowkanda and Ella in Panama chasing away the villagers whose forefathers too had been occupying these lands even during the Uva-Wellassa rebellion