After controversial impeachment of former CJ Shirani Bandaranayake in 2012, former precedent Mahinda Rajapaksha appointed Mohan Peiris as CJ in Sri Lanka.
Civil society with lawyer associations lobbied against the appointment of Mohan Peiris as soon as he appointed as CJ. But Previous government did not took any action against him.as he is a political appointment of the former precedent.
Today (28.01.2015) layer associations together with civil society and political members of present government's partner parties were conducted a strong protest in front of supreme court.
According to unconfirmed news, previous CJ, Mrs. Shirani Bandaranayake has appointed temporary as CJ by the government stating that Mohan Peiris is a illegal appointment.
(Photo and Video Credit: Lankadeepa Online and NAFSO) 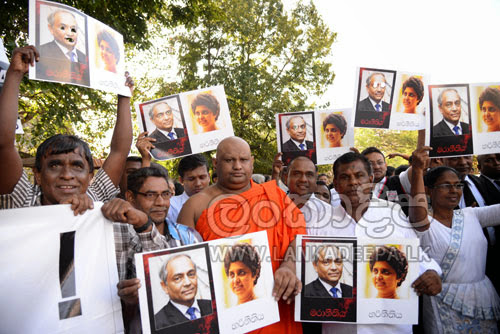 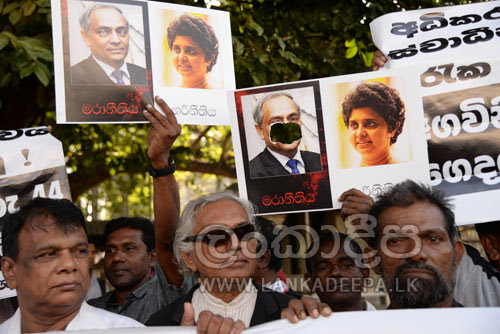 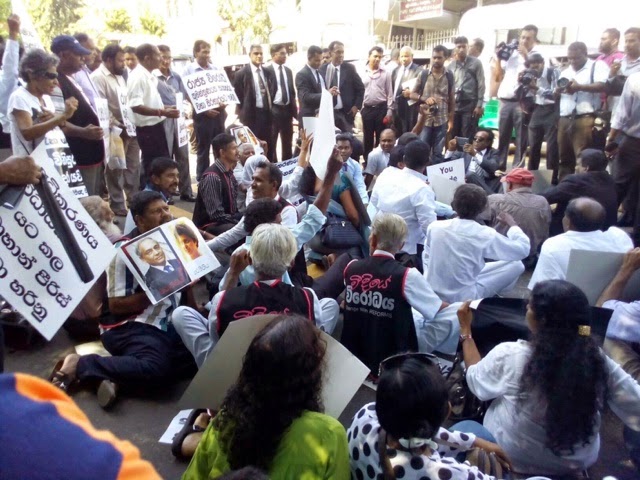 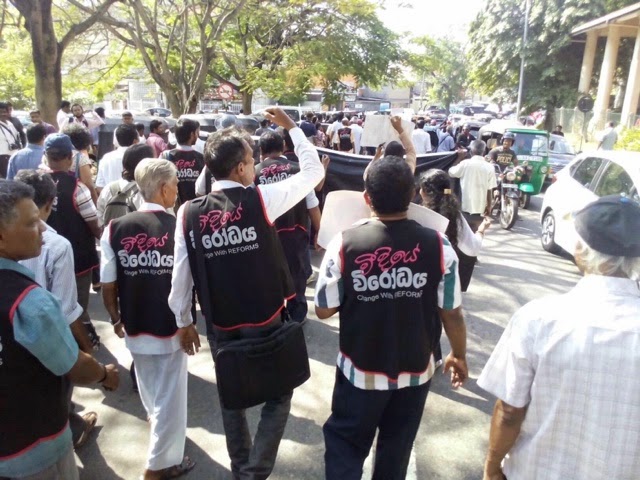