Filling of earth and build a 575 acre land area as an extension to Colombo port was started by the Rajapakshe regime with the financial and technical assistance of China as biggest private sector development project in Sri Lankan history.

Ranil Wicramasinghe, former Opposition leader and prime minister now was vowed to people during their presidential election campaign to stop the port city project soon after they elected. But, soon after they were being elected, inform to the country, they are going to continue the project as scheduled.

A protest demanding to stop this mega project was conducted by civil activists together with fisheries and civil community in front of fort railway station on 3rd of March. Stating that, continuation of this project harmful to national sovereignty as 108hec. part of the land will be belongs to China according to the agreement. Fisheries resources, aquatic environment, fisher communities life will be destroyed as natural system of water currents disturbed.

Later the protesters tried to reach galleface, the beach area close proximity to the port as well as to temple trees where president occupies. But the police disturbed the protesters and stop the walk. Later, the protesters were informed that a discussion with authorities can be arranged, but the protesters refused the discussion as police fail to inform who the authority is going to discuss with the people.
After several hours of struggle with police, protesters conclude the protest for the day vowing that this struggle will continue until stop the port city project. 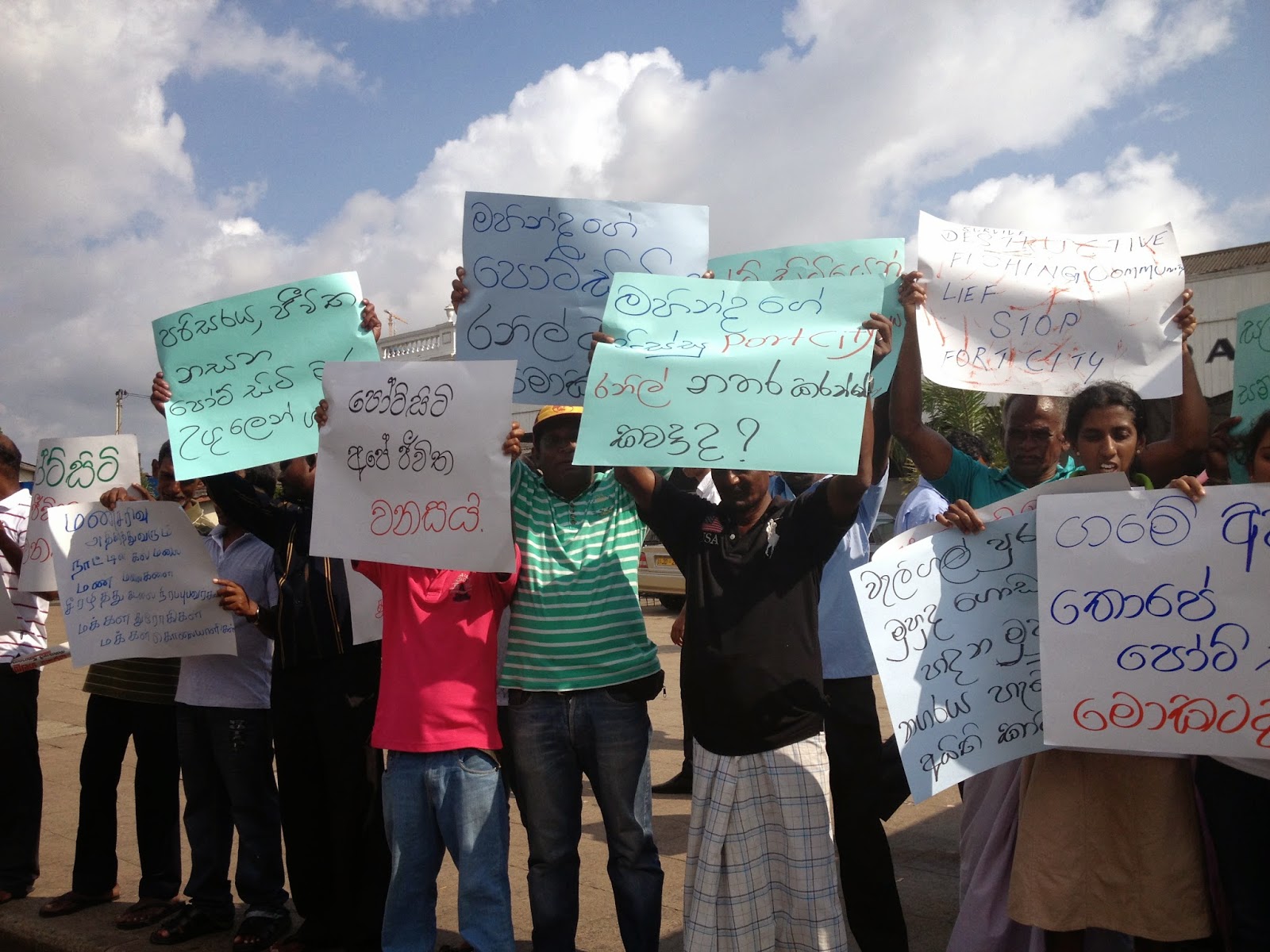 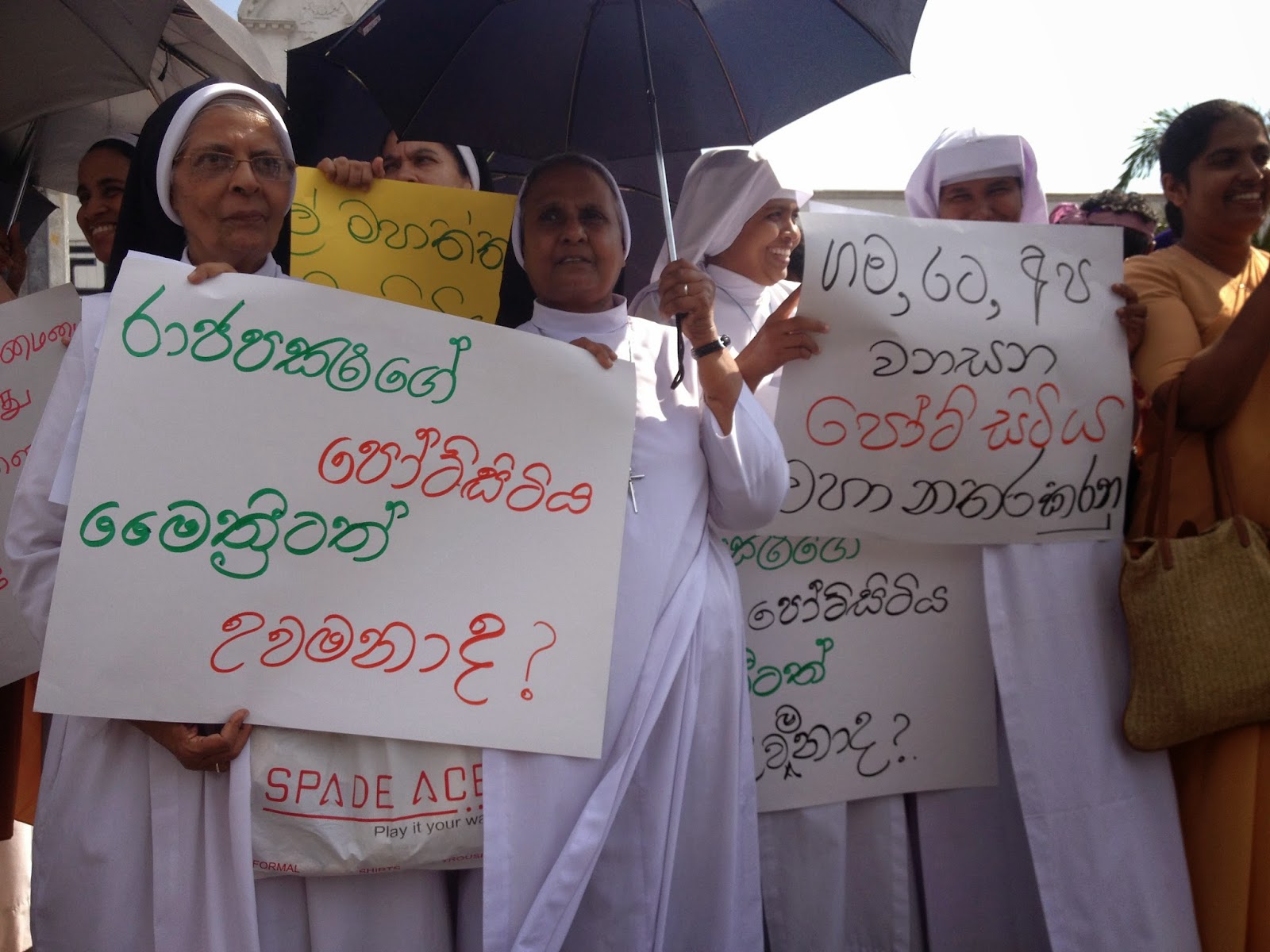 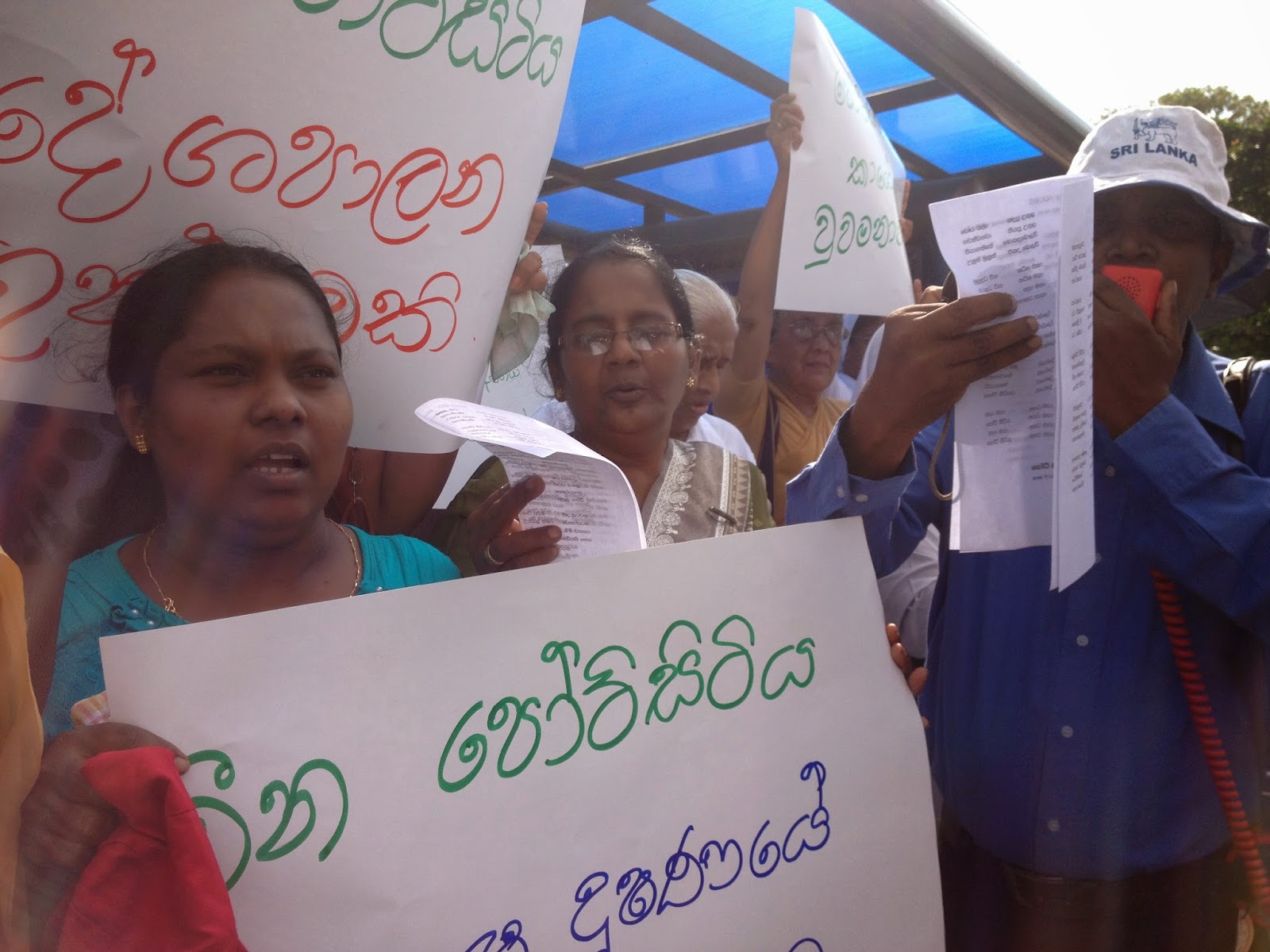 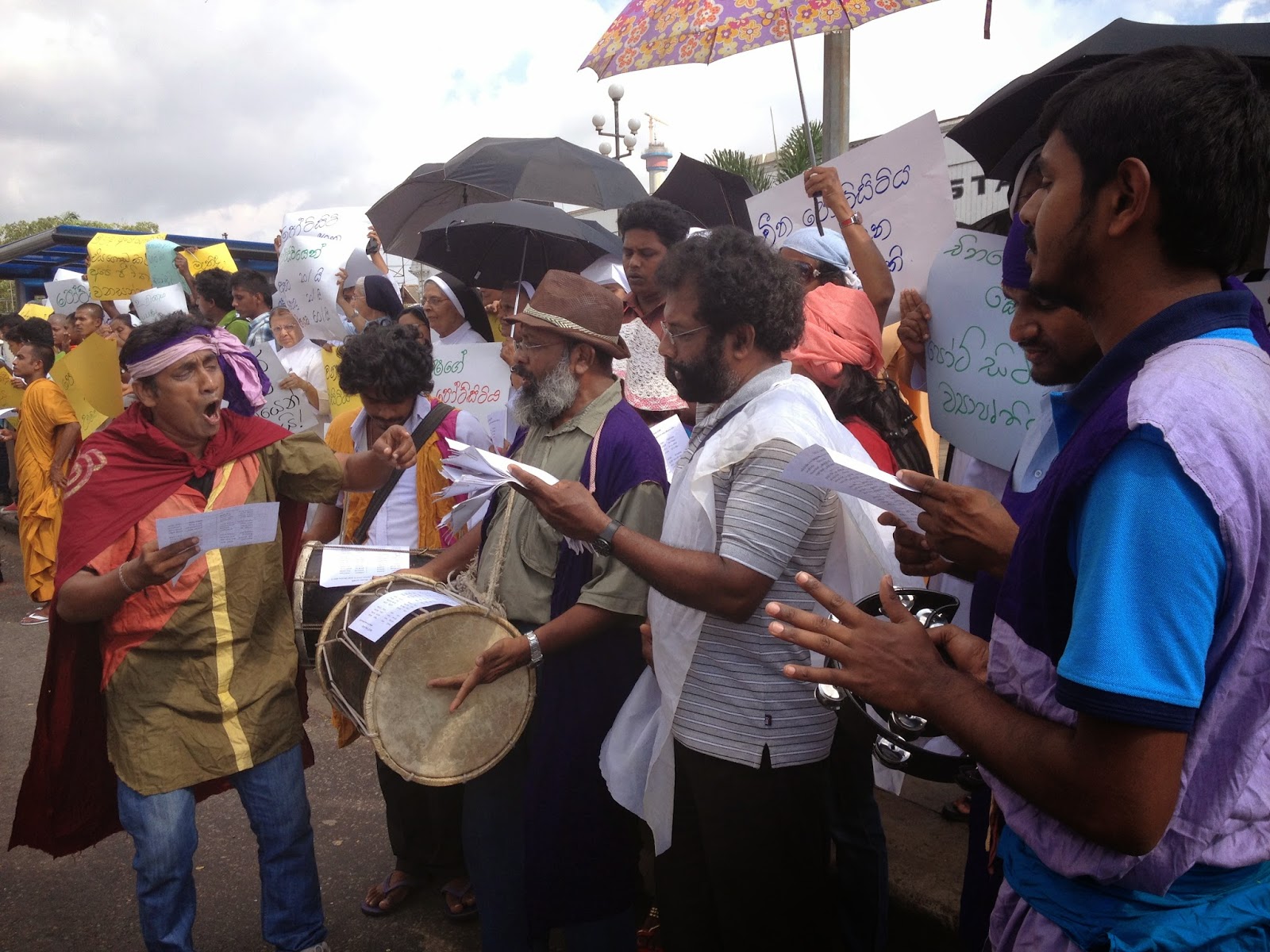 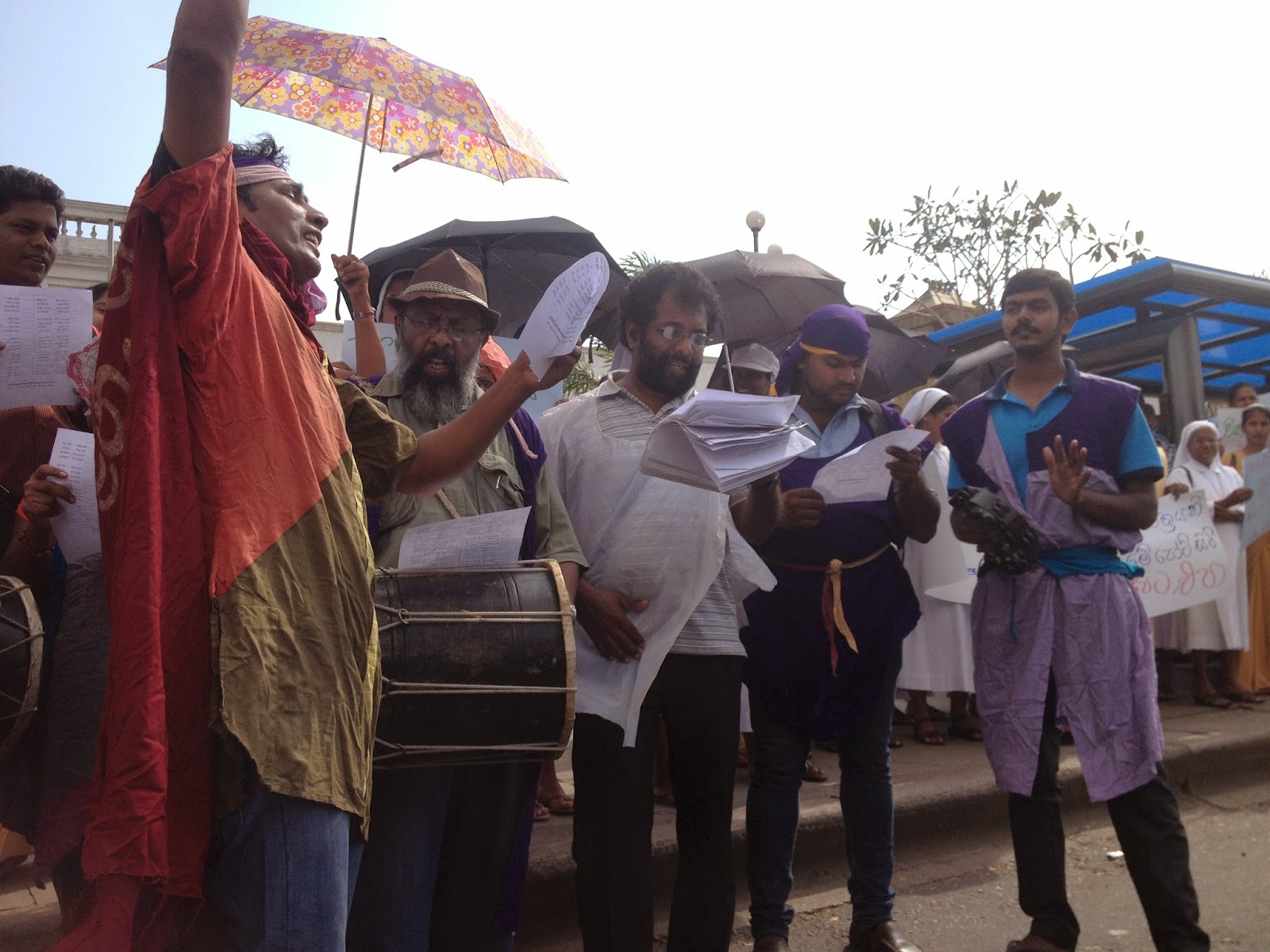 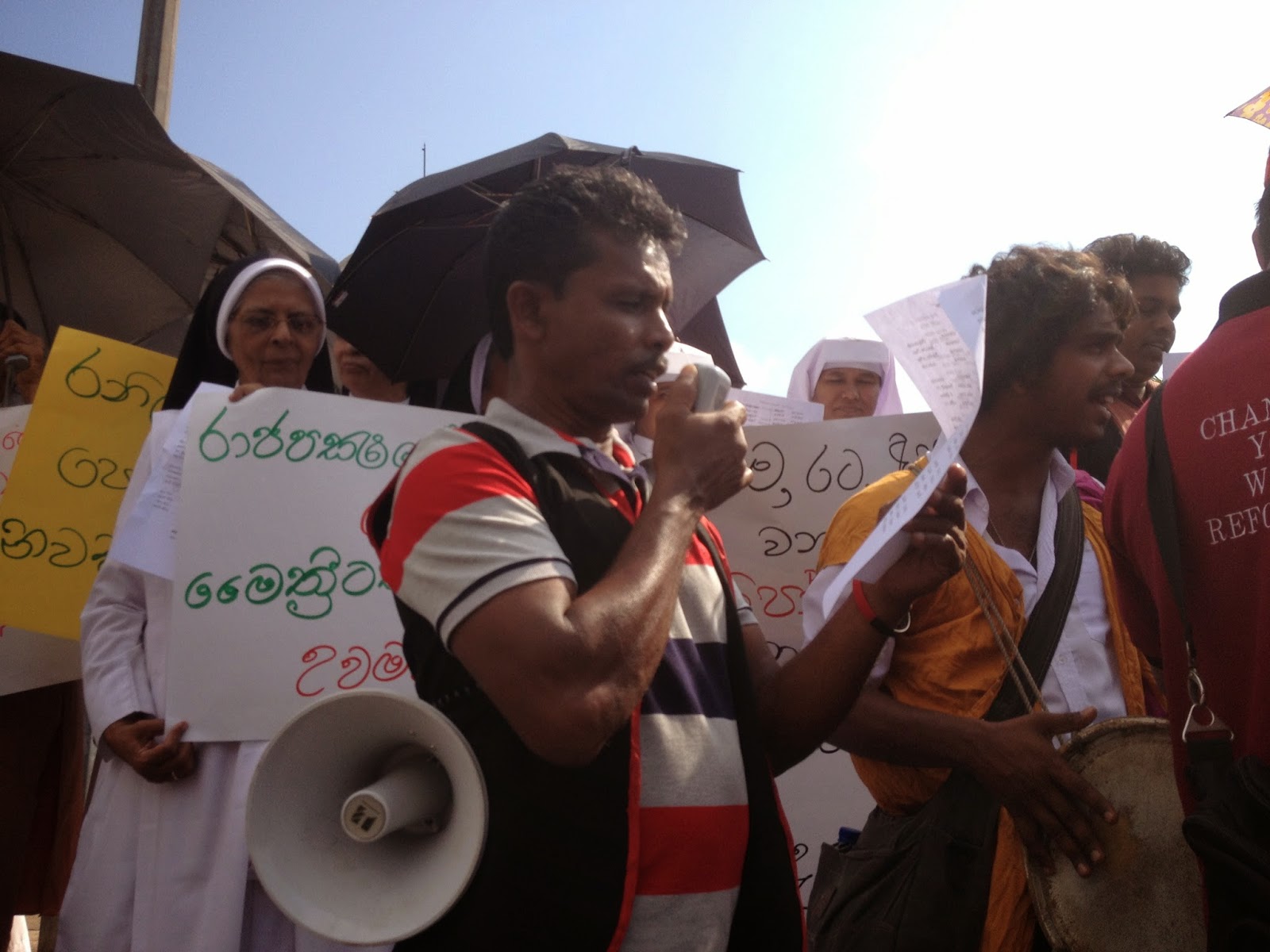 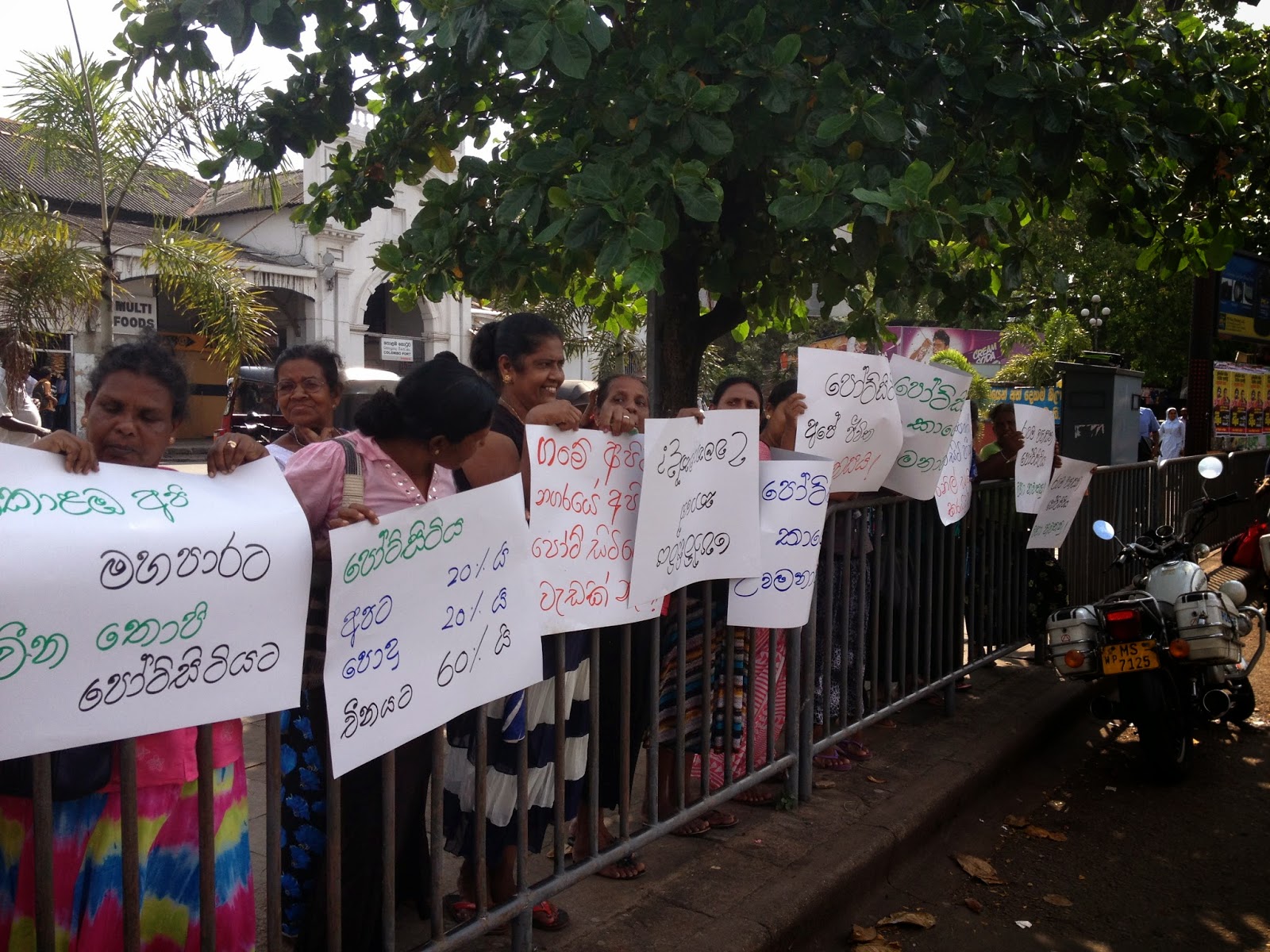 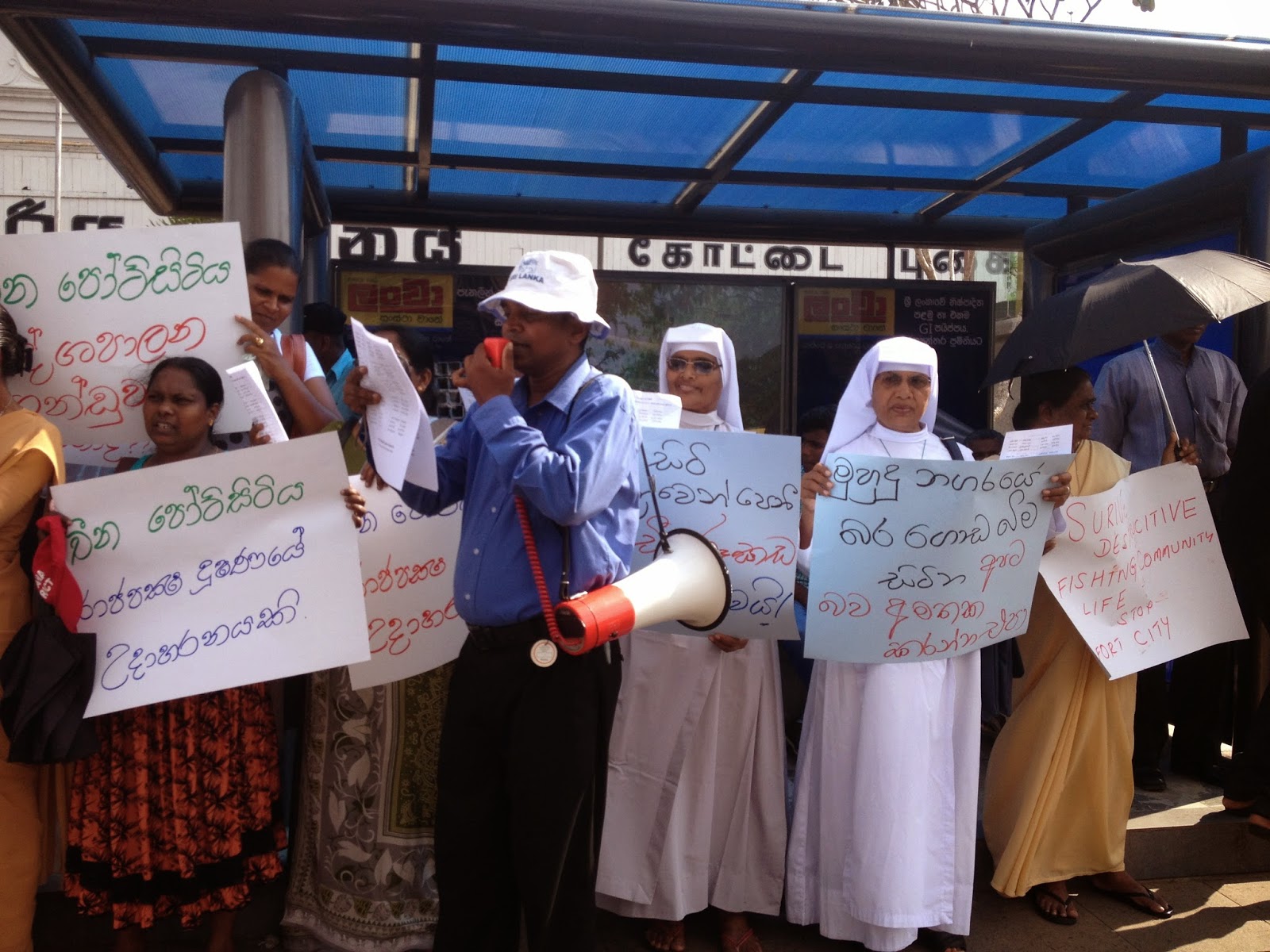