"Sri Vimukthi" Fisher Women Organization  commemorated World Women's Day at Negombo, which was postponed due to unavoidable reasons to 28th March.
Started as a small group with about 15 women members in year 2000, whose husbands are in Indian Jail  for several months after taking in to custody by Indian coast guards, Sri Vimukthi Fisher women organization play a major role in defending rights of the women and fishers in the country.
During the program, they displayed the time line of  the organization with achievements on story boards.

Joseph Michael, Parliament Minister for Home affairs and Roys Fernando,Gampaha District organizer of United National Party were participated as main guests of the program.
Addressing the people, Joseph Michel Perera stated that he wish to start a program to help women and poor families to increase income up to 30,000 Rupees per month and a loan scheme which will provide money to women for very low interest rate. Several requests were produced by participants including 30% quota for women in parliament.
During the speech Mr.Roys told that women was used by politicians for their party politics but it will never happen again in the future with this government. "I will take the responsibility of not let them use you again" he added.
Mr. Herman Kumara, Convener of NAFSO, Ven. Bandiwawa Diayasena Thero and Pradeep Wanigasooriya, administrative secretary of NAFSO were also among the speakers of the event.
Pesticide Action Network Asia and Pacific (PANAP) conducting a international campaign against land grabbing  on 29th of March as day of the landless. Based on the international level campaign, NAFSO with the Sri Vimukthi Organization conducted a demonstration with placards and banners under the theme of No LAND No LIFE. Human rights, Land and other Resource grabbing were among the topics of the speeches given in the event. A drama were also presented to educate the participants on relevant issues.
During the program, Post cards were distributed among participated women to write down their issues seeking for answers and later collected to send them to the relevant authorities of the government. apart from that a open space for write down the issues and expectations of the children, women and men were also provided.
Hundreds of women and men from several districts were participated to the program.It was held successfully near main bus terminal of the Negombo city. 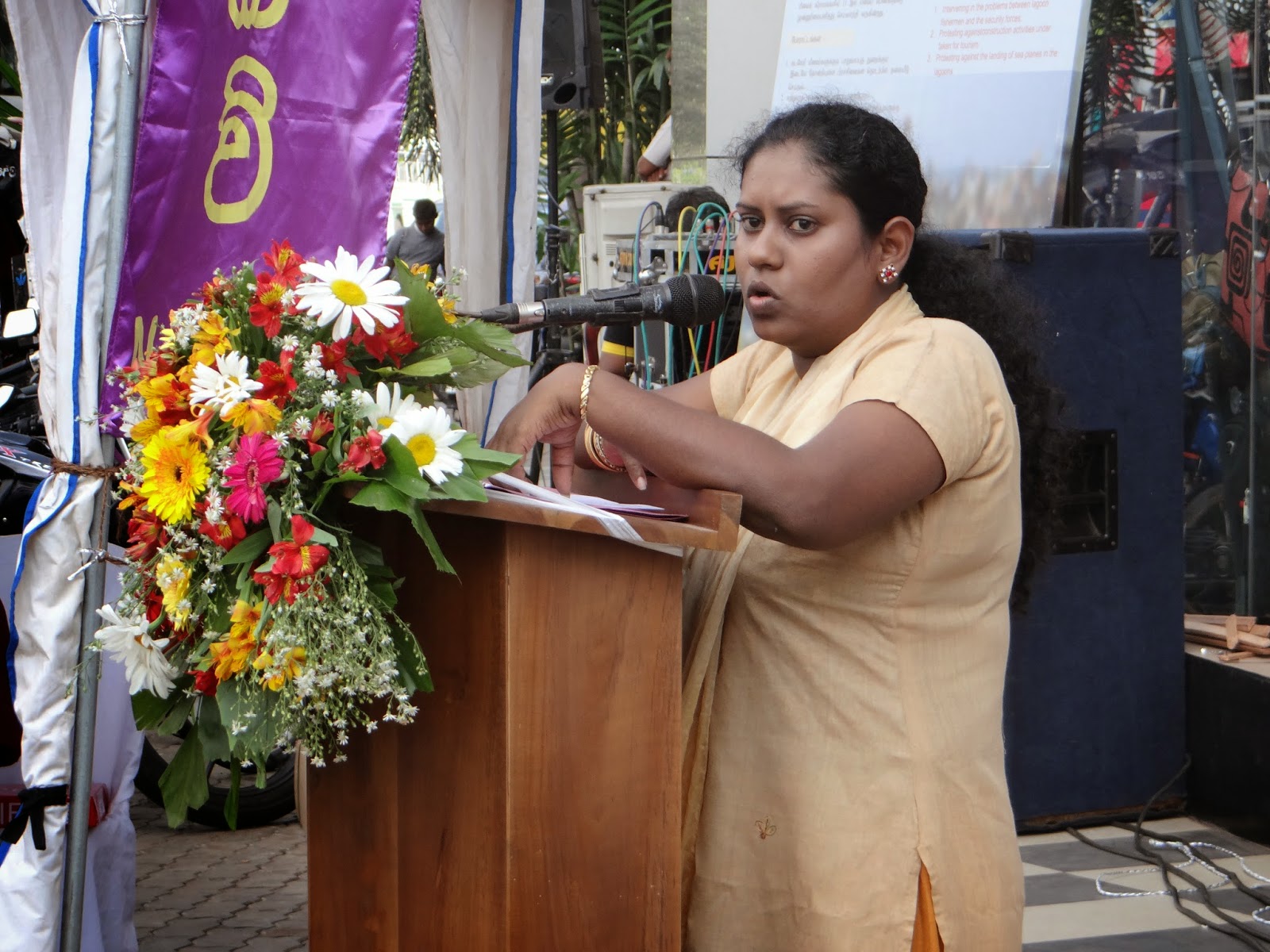 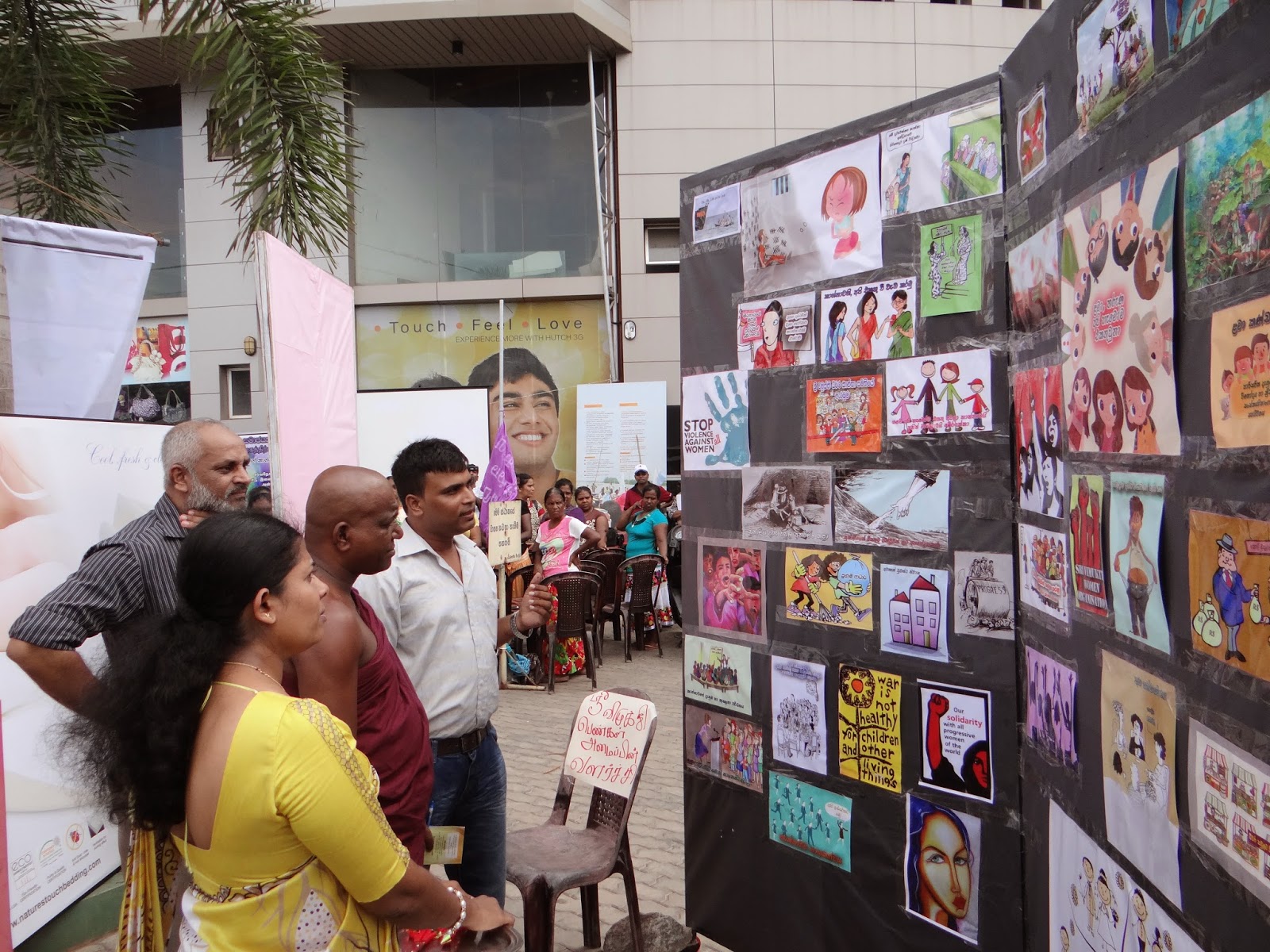 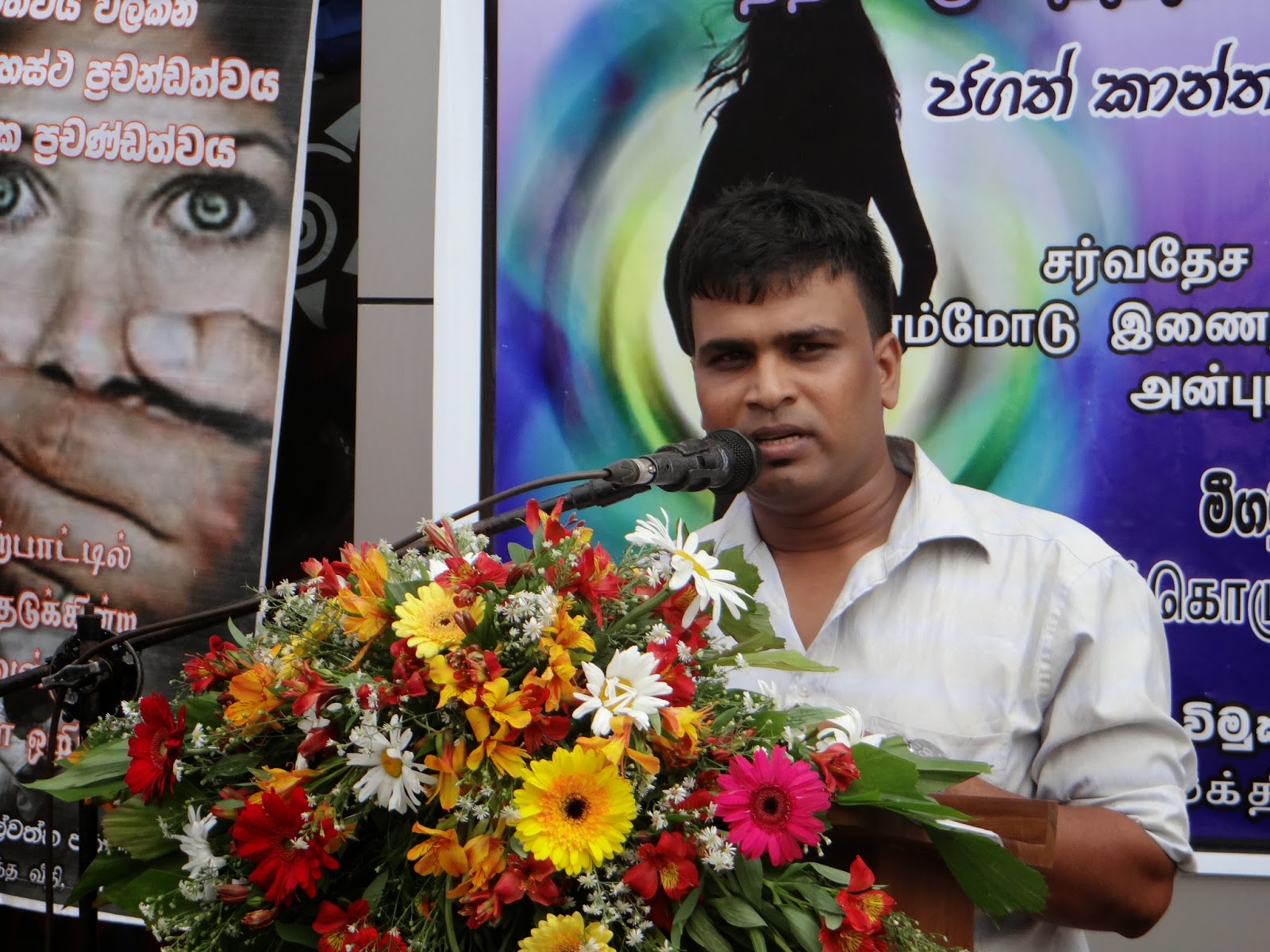 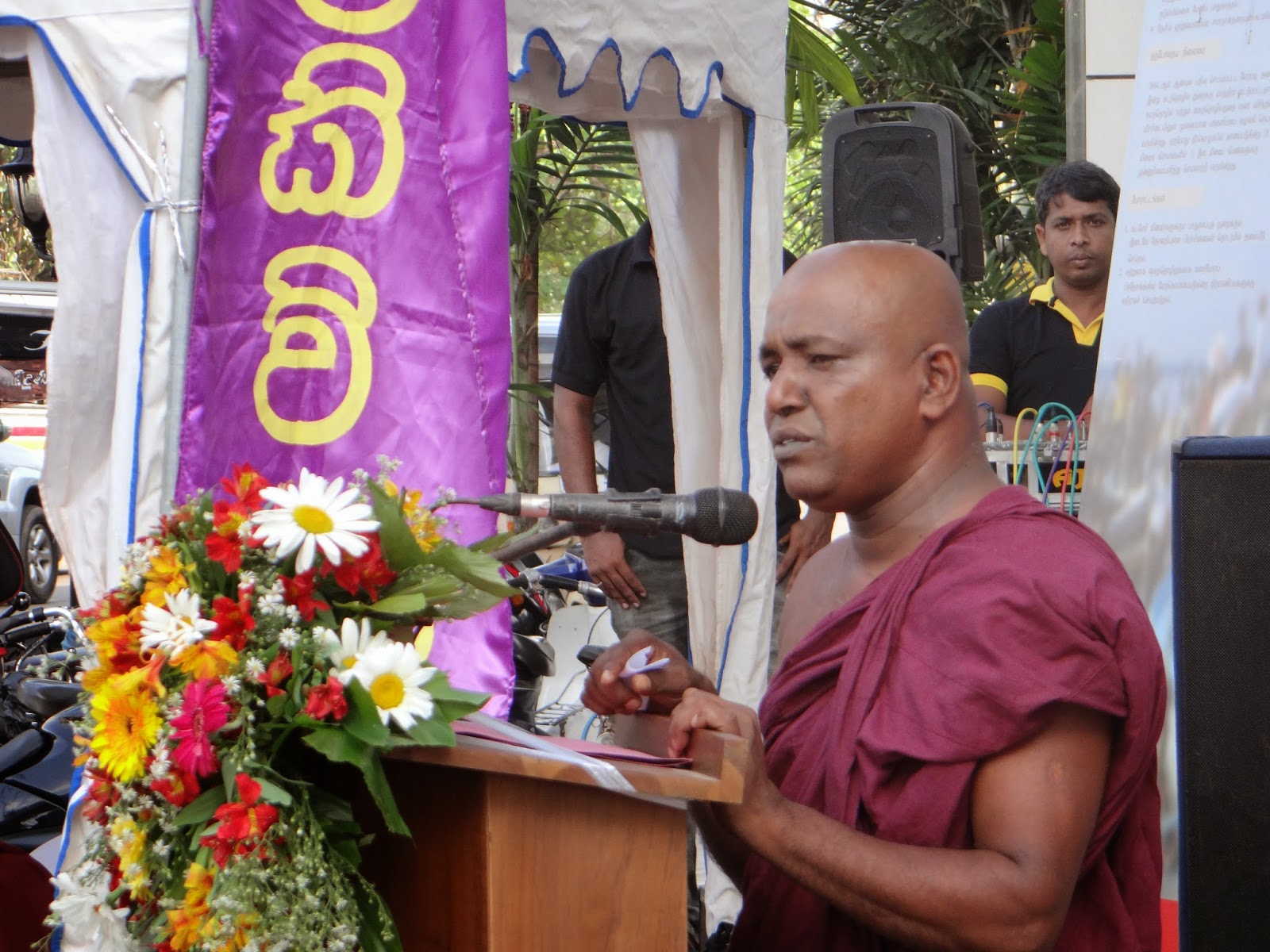 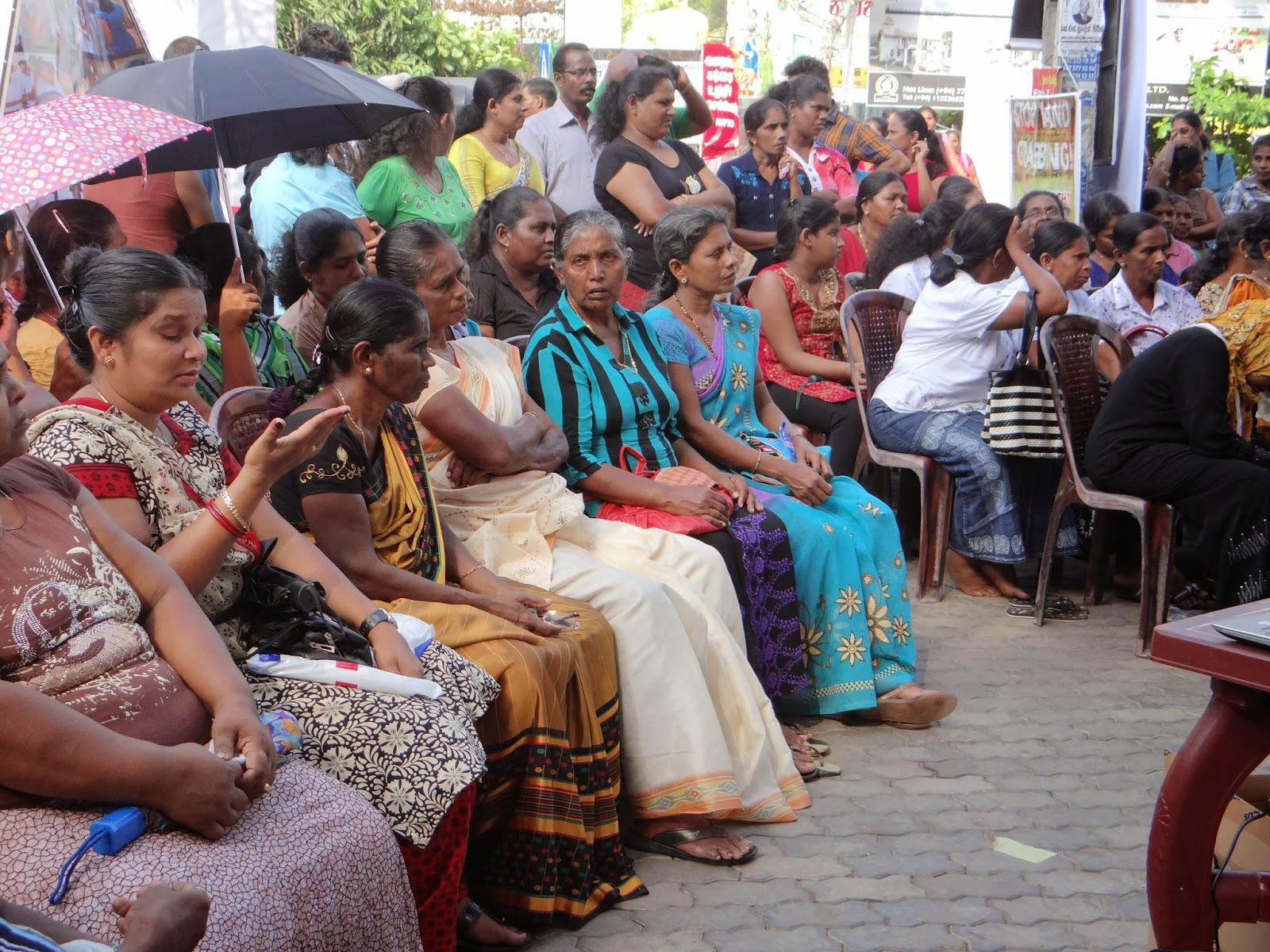 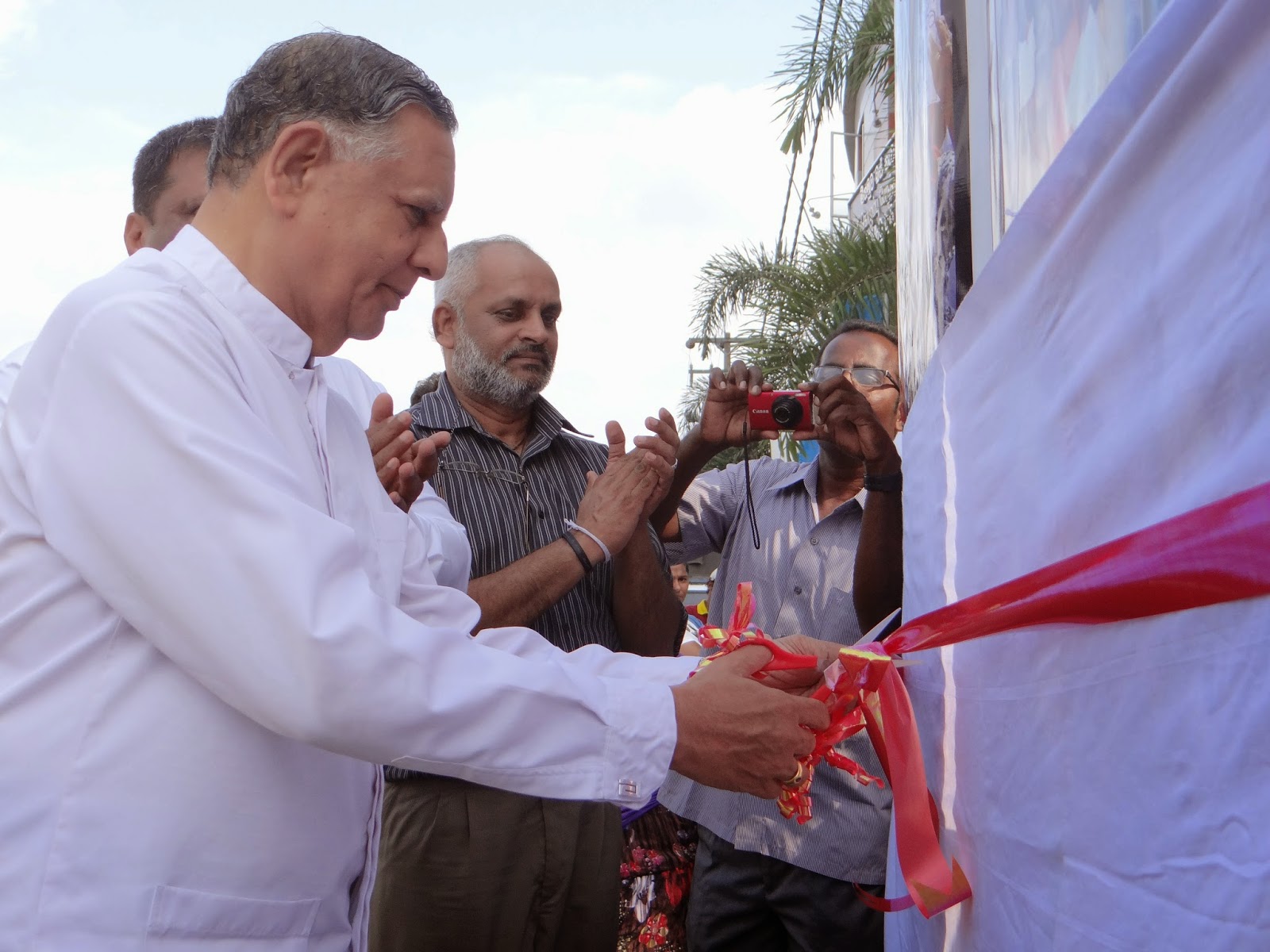 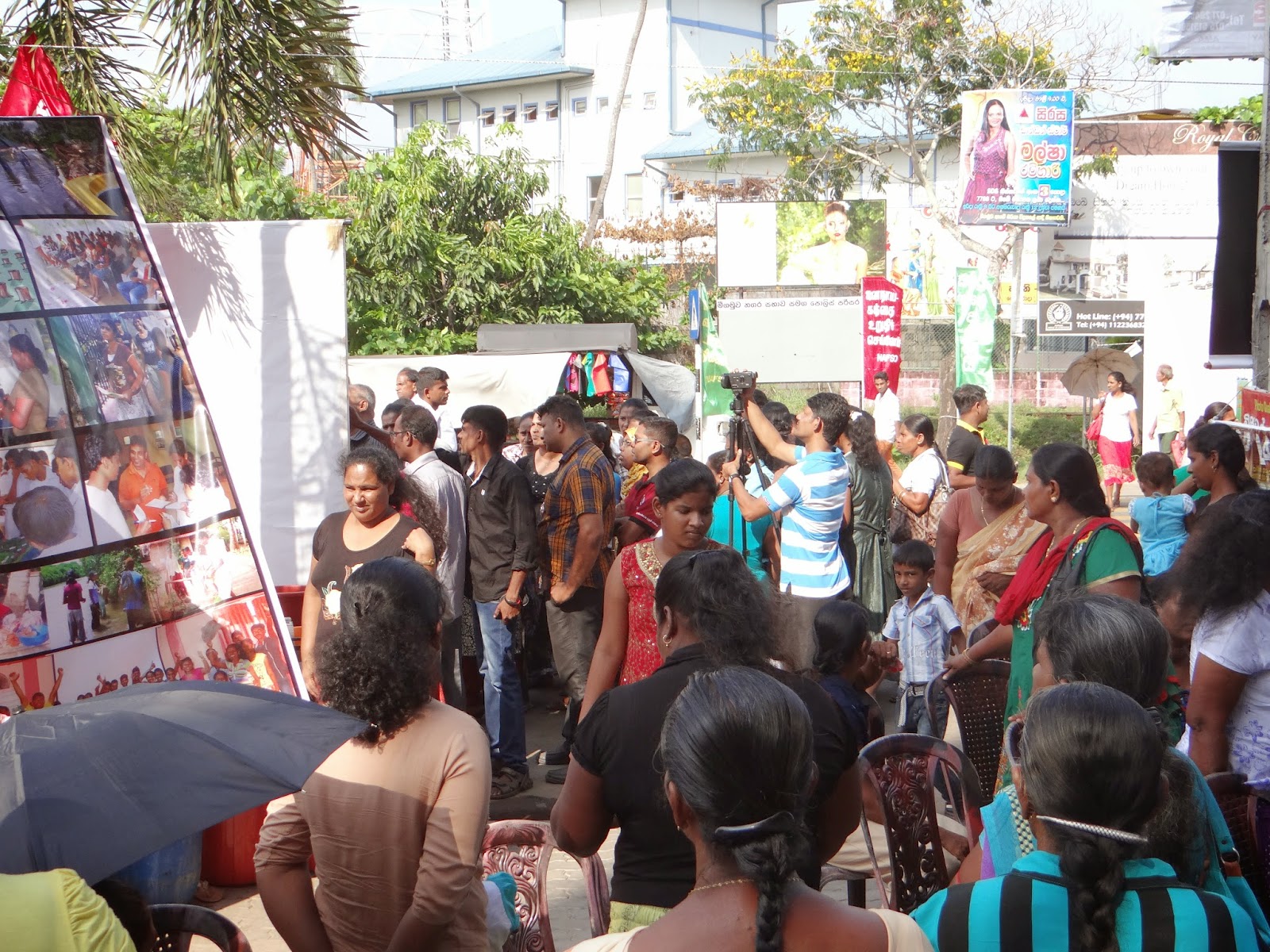 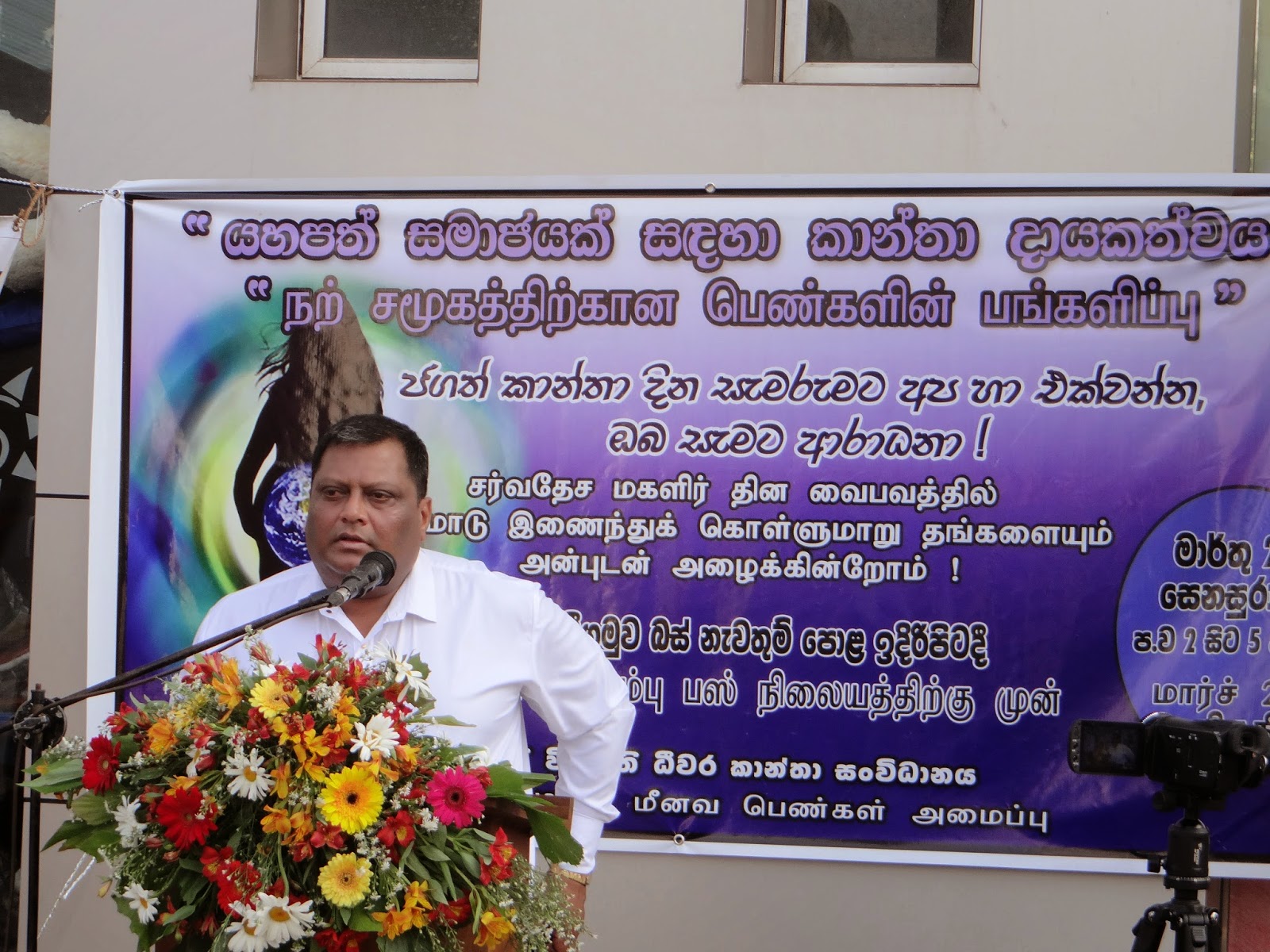 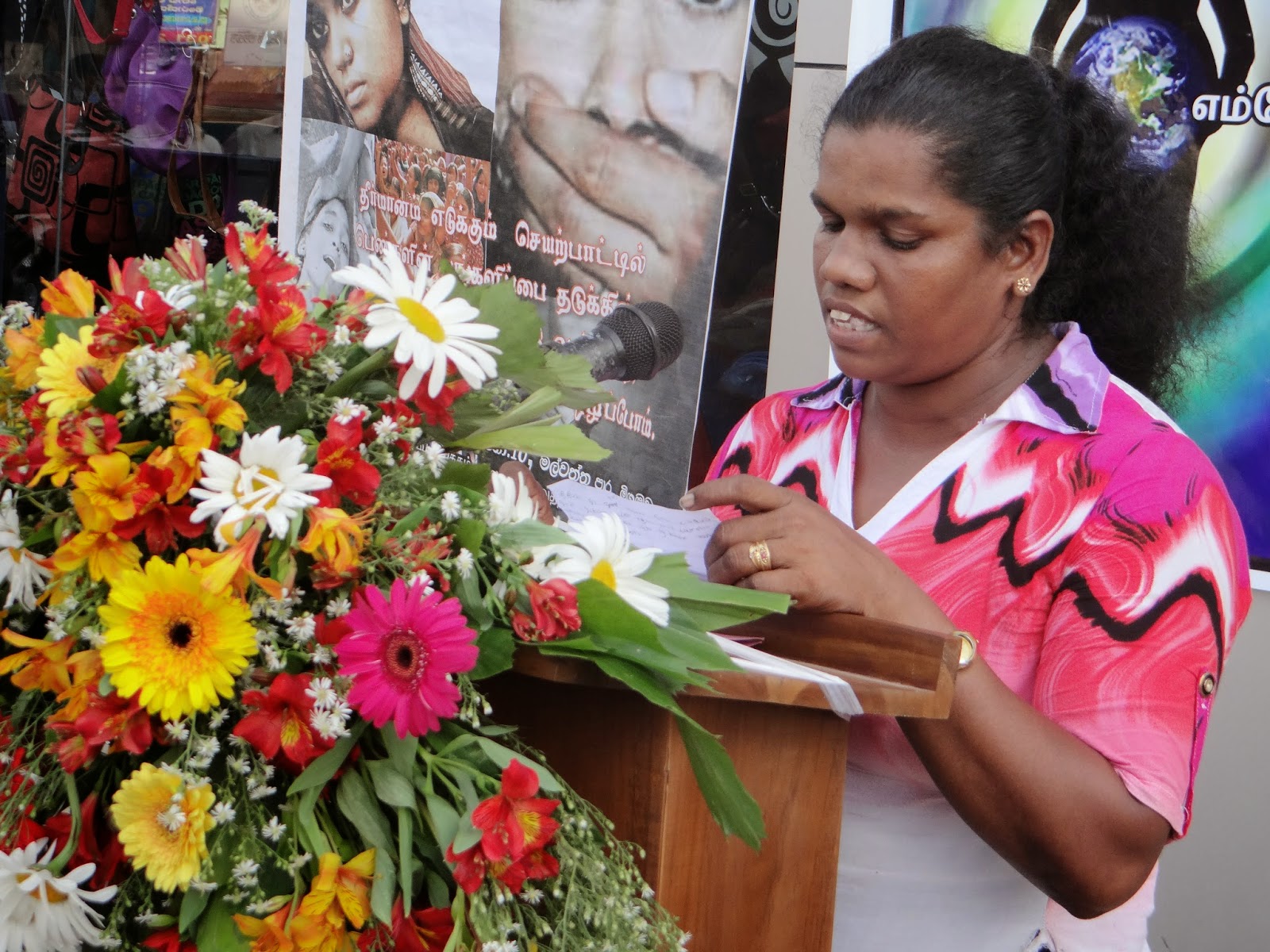 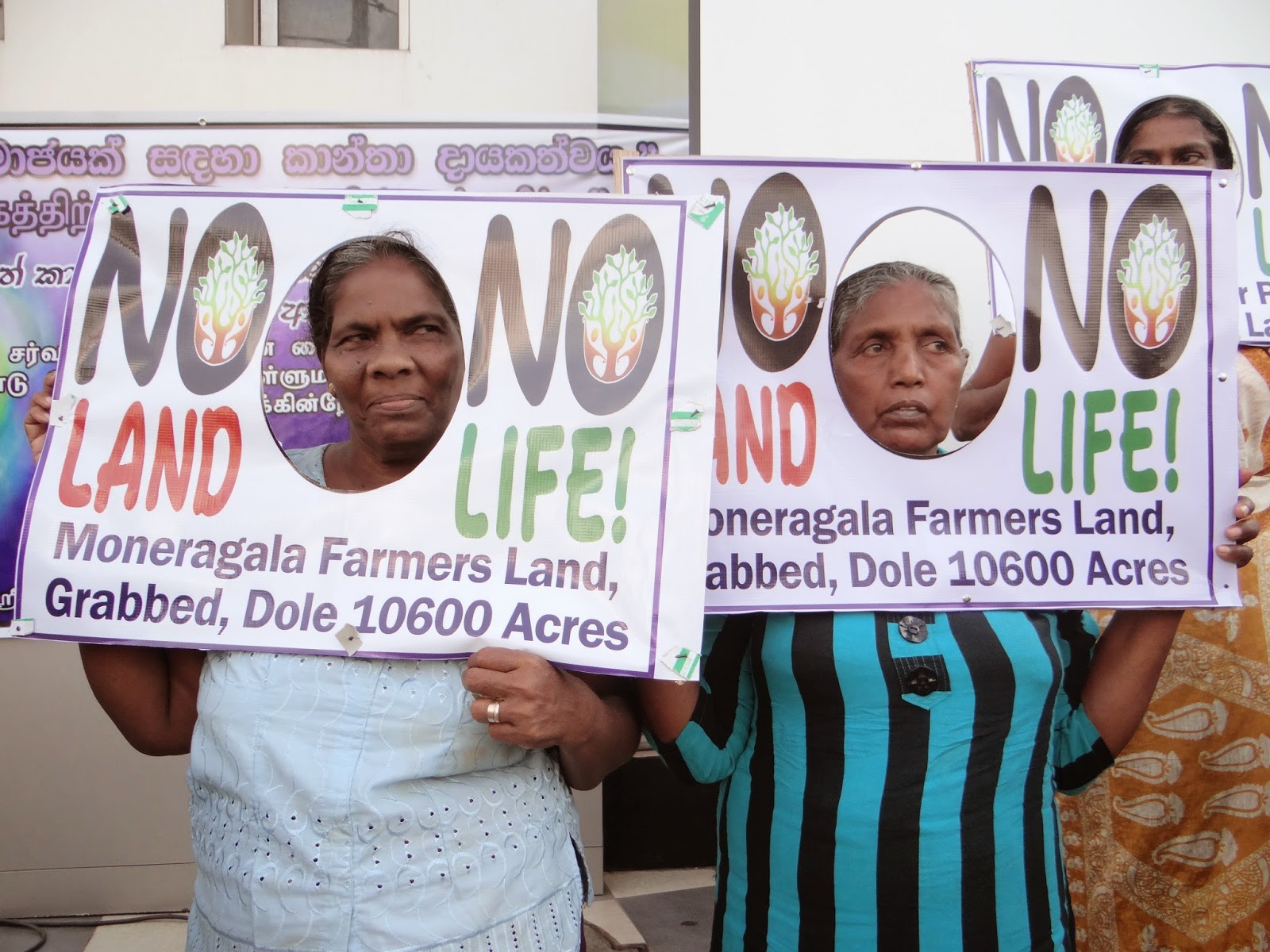 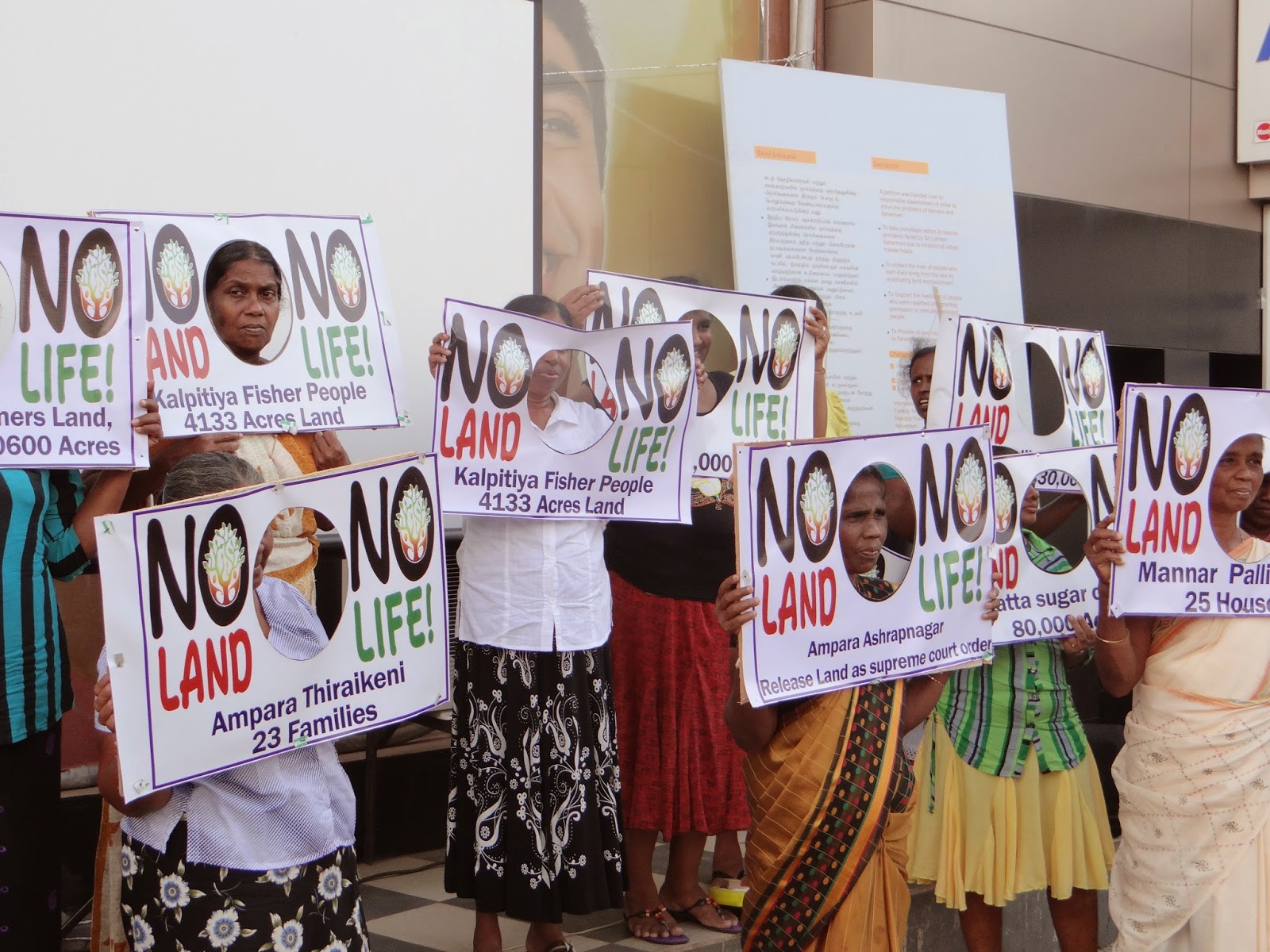 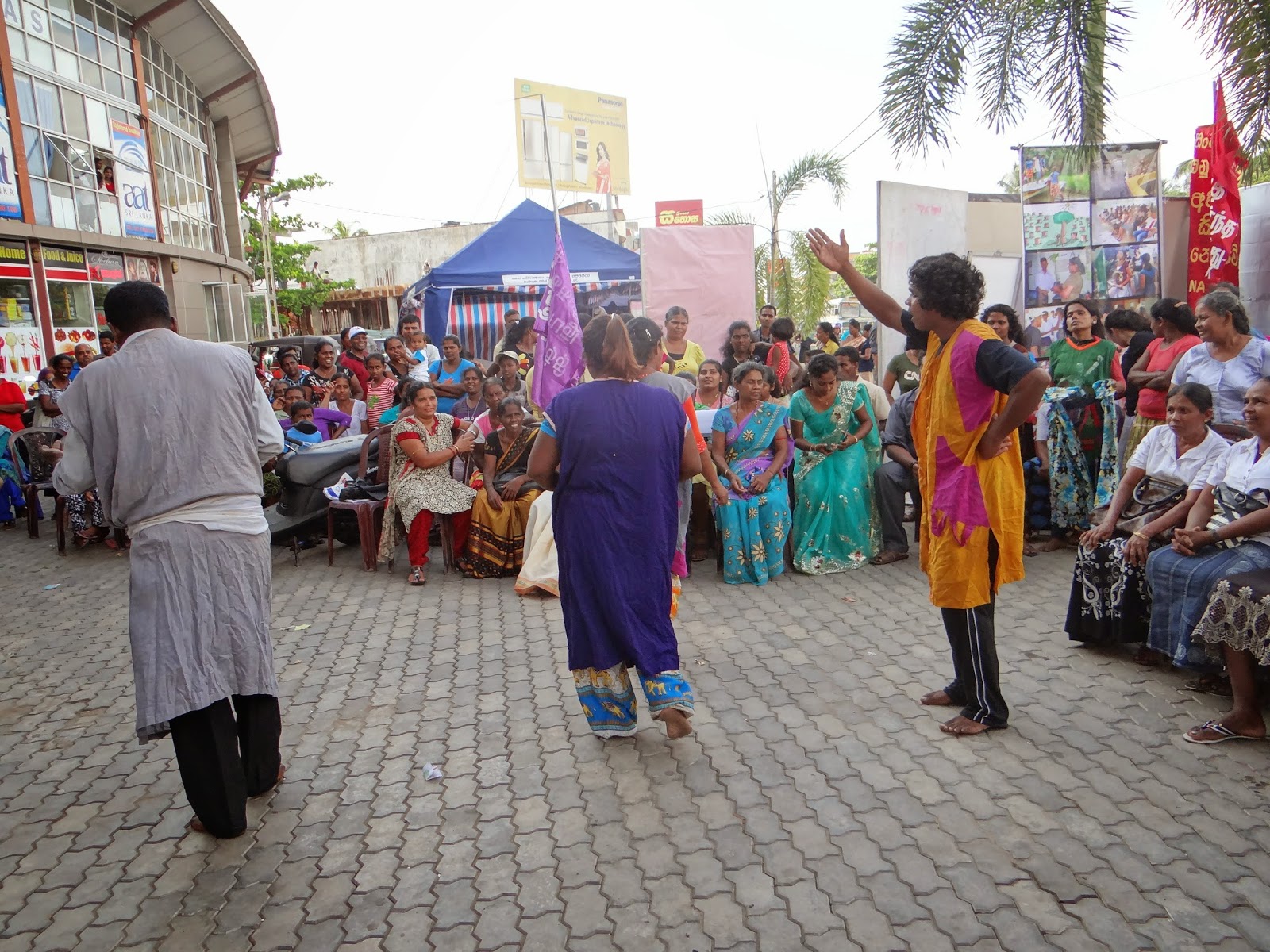 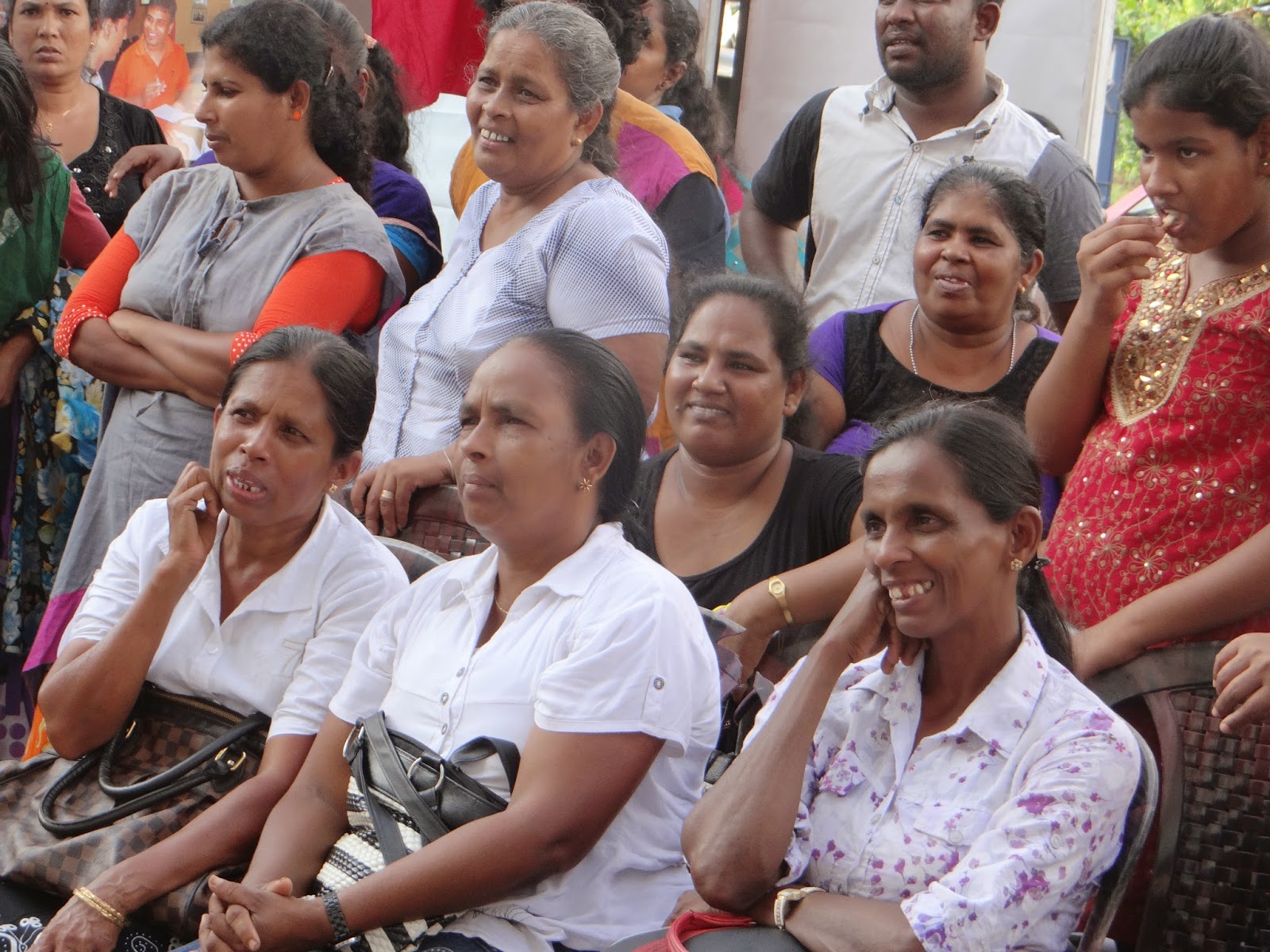