Women representatives from 5 districts of North and East of Sri Lanka met several foreign diplomats and explained the present situation of the their lives as women who have lost their bread winners during 3 decades of war in Sri Lanka.
North and East women together with women from 7 other districts have formed a women federation and working with common galls to establish fair and peaceful country.  For decades they have spend their lives as politically, socially, economically as well as culturally depressed human beings in this society.


There were good number of representatives attended from 7 diplomatic missions to listen the issues, difficulties and efforts to sustain their lives, security, well being of their communities.
Women leaders from 5 districts in N/E raised their voice strongly claiming their land back, livelihood assistance and security of the women and girl children.

Ms. Kanthan Saraswathie, leader of Marumalrchchi women federation in Batticoloa district gave a firing speech at her presentation and said; "We expected some thing better than this when  we voted to present President. We can see some progress. But there should be speed up the process as handing over the land as decided by the Cabinet on 11 February 2015."

This is what we agree and need more attention by the government.
Ms. Raajini, a WHF leader of Poonthalir Women Federation in Jaffna who has been displaced in 1990 and since then living in more than 5 places and still living in displaced said in her presentation; "I lost my father's land in KKS in my age of 20. After 25 years I am still displaced as military had occupied our land. Unfortunetely, Our land has not been used for military purposes as revealed and are using for tourism purposes instead. So this is unacceptable at all as while we are suffering in displacement our land used for commercial purposes." 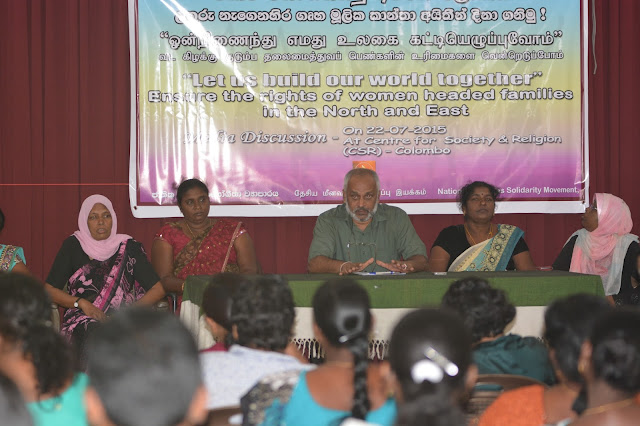 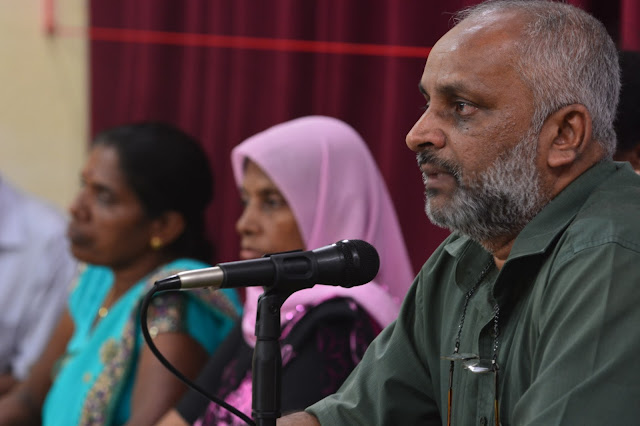 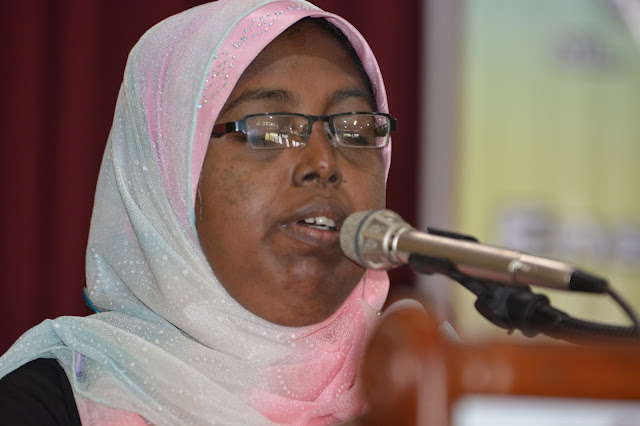 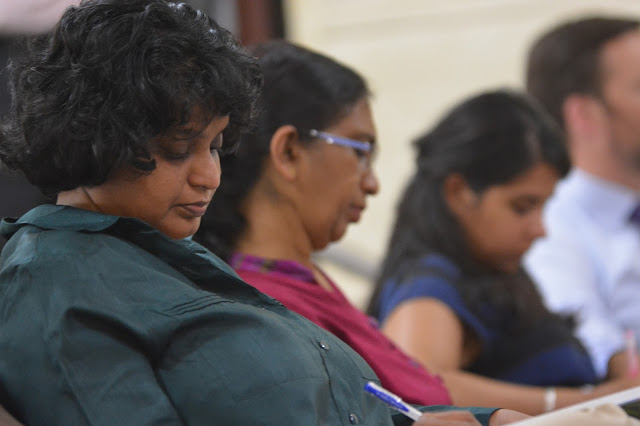 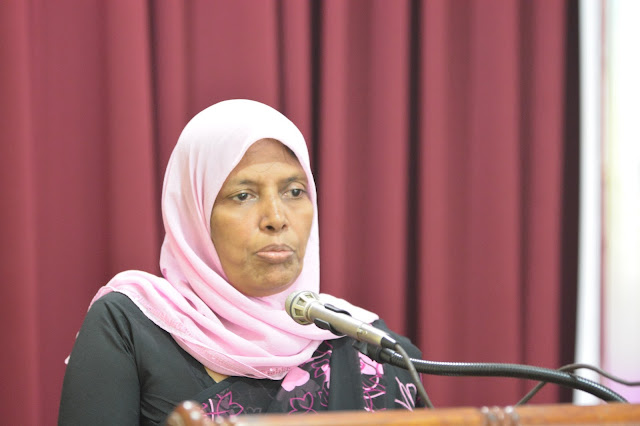 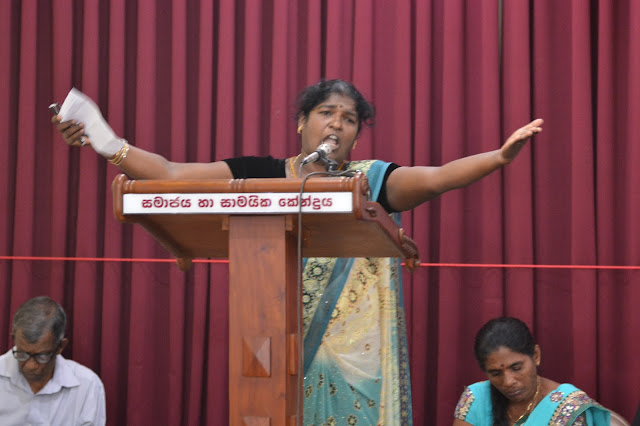 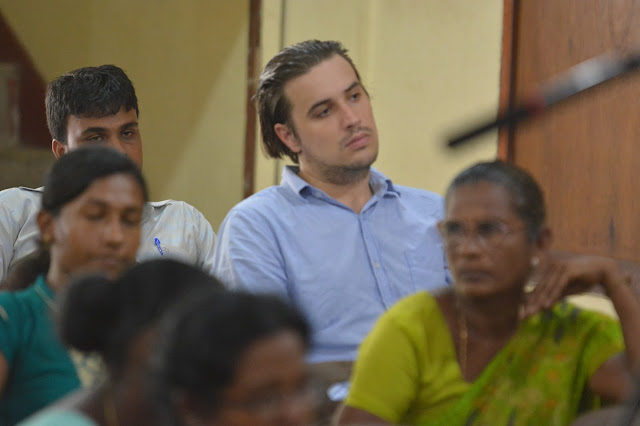 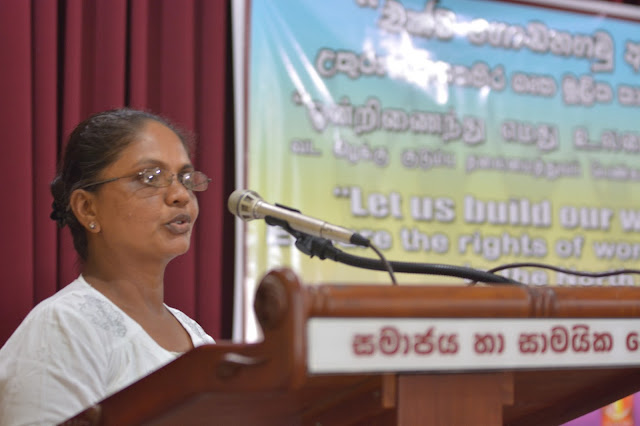