Land grabbing victims of Panama have started a protest on 27th of March 2016, and  have entered in to their lands which are holding by the government using Military personals. after one night spent in their lands, Police have informed the protesters that they are getting court order to arrest people in lands, if not move out soon.
People still in their lands for the second day. No move from the government.
Those lands were grabbed by previous government soon after the end of 30 year long civil war in the country. Army, Navy, Air Force, Civil defence force and Police were used for land grabbing. In one night of July 2010, they have entered in to lands covering their faces with cloths and  burned down hoses of farmers with everything in it they owned.
since then, these villagers fought to retrieve their lands back, but no one reacted positively. this incident one of the main focus point in election campaign of the opposition party then and ruling party now.
Have spent 15 month under this government but still no move except releasing cabinet paper (Which is no power) to release the captured lands form people of Panama. but the government releasing thousands of hectares of lands captured in North for security reasons and many other reasons during war period only to win the international attention. 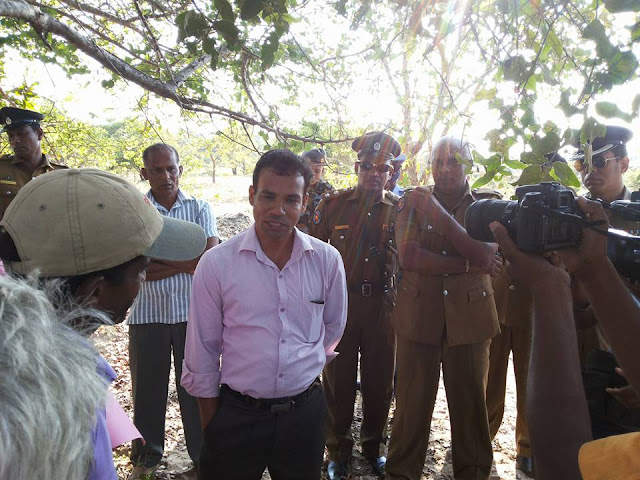 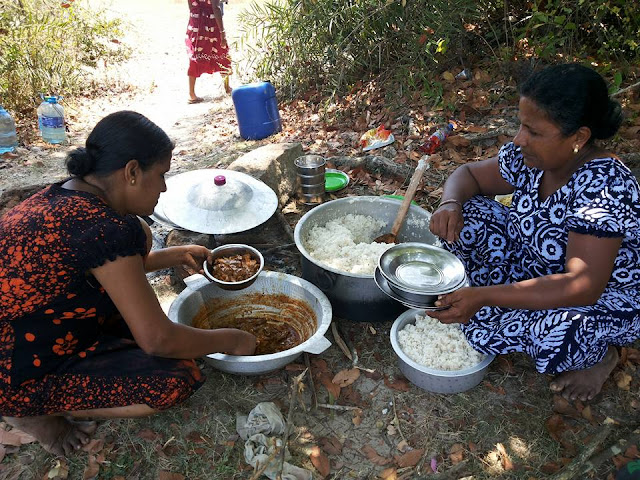 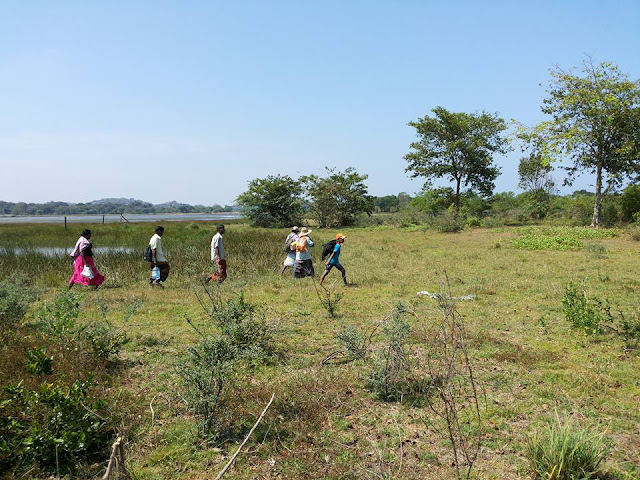 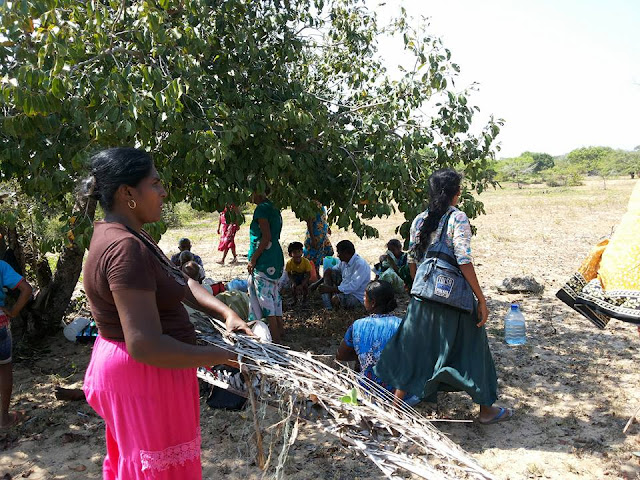 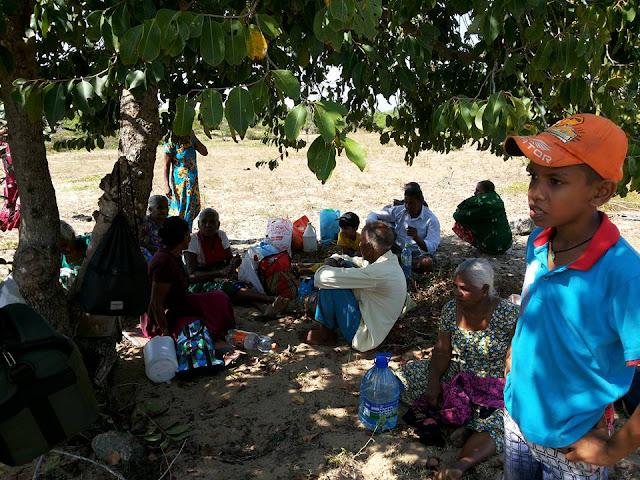 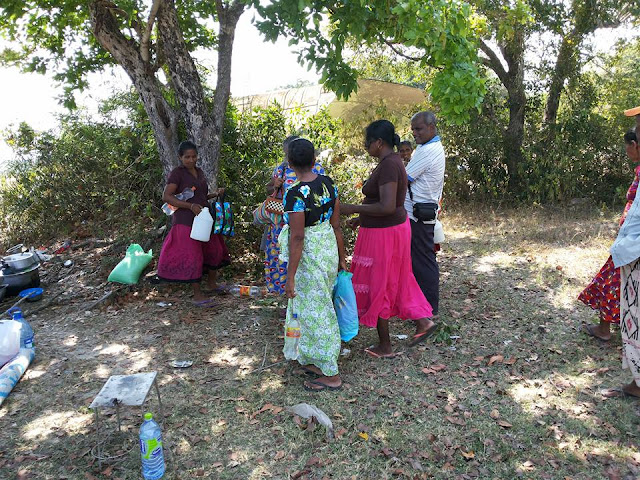 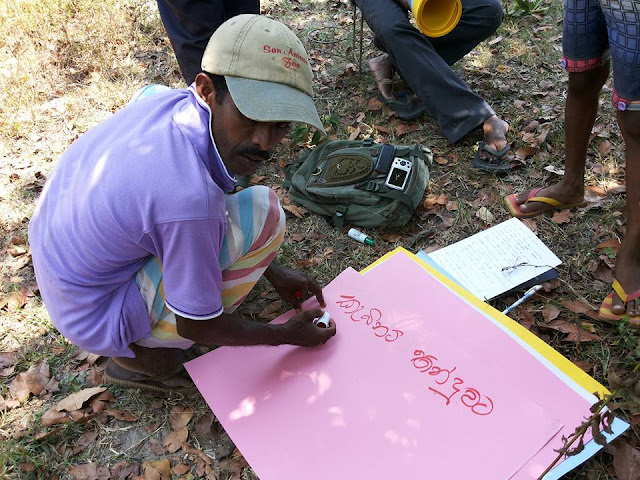 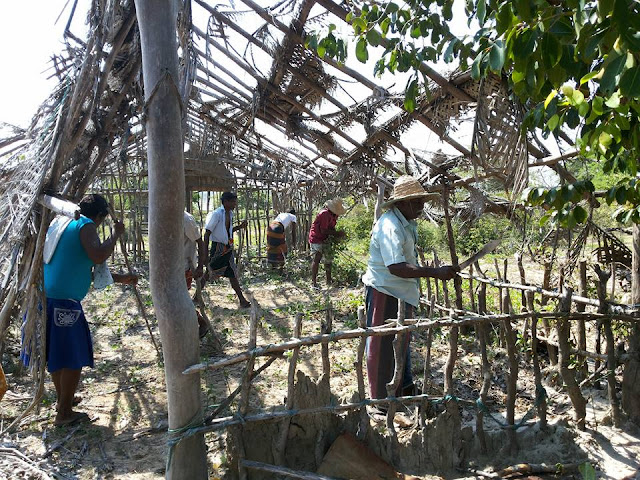 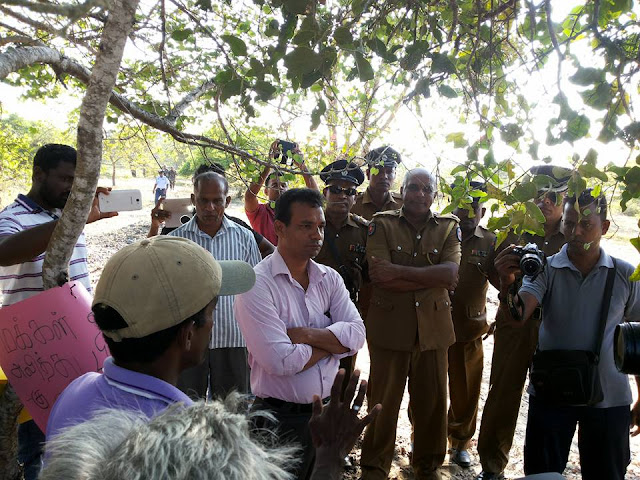