On June 21st and on 19th August Farmers from Irudeniyaya demonstrated their remonstrance on artificial elephant corridor trying to build by authorities as a part of developing tourist attraction in Hakwatunawa tank area of Polpithigama.

Several Provincial council members representing all the parties have pledged affected communities the support and voiced against the plan in the meeting of the council when the topic discussed.

villagers have conducted a research in the area with the support of well-known environmentalists and produced a report on the effects to the wildlife and human and also they have proposed some alternative means to fulfill the requirements of wildlife and the government while saving the lives and livelihoods of communities in villages around the Hakwatunawa reservoir.

on 3rd Saturday, Irudeniyaya people have conducted a media briefing on the issue and have explained the situation they are facing with the project implementation. media personals several media institution have  participated in the event. 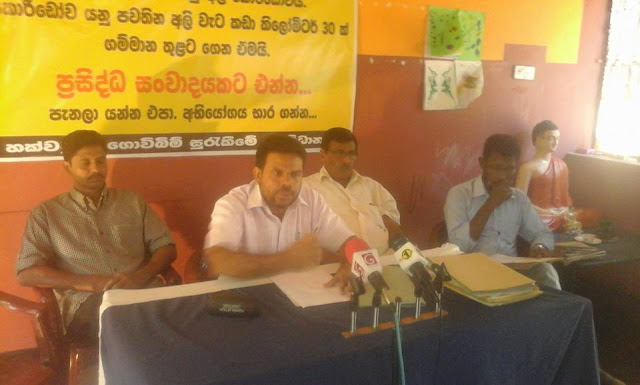 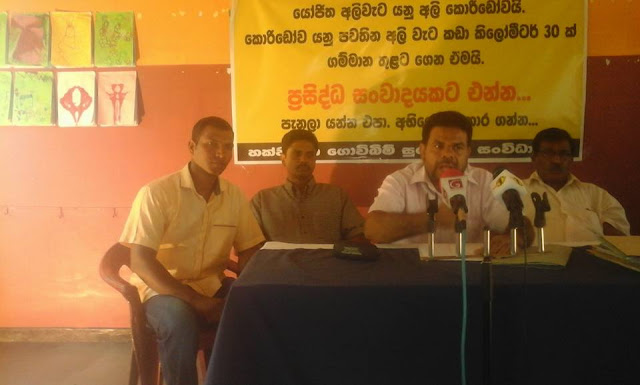