100 Days To The Protest of Missing Person's Relatives in Kilinochchi

Relatives of missing persons in war-affected areas of Sri Lanka started a protest demonstration in February 2017 demanding information on disappeared loved ones.  for the last 100 days, they stayed in a temporary hut in front of Kandasami temple beside the A9 road Kilinochchi. 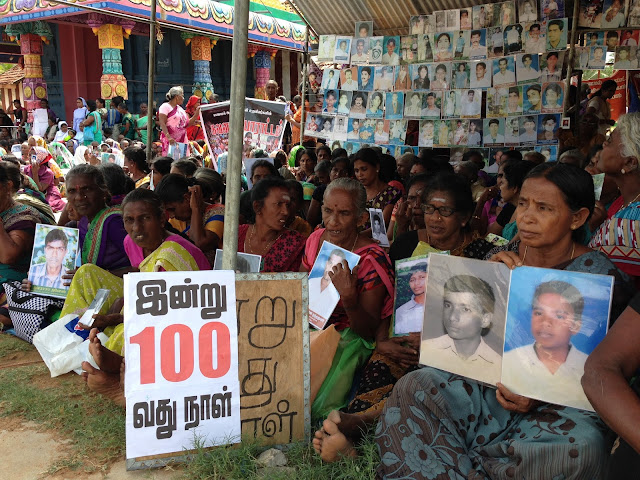 Demonstration continued and On 30th of May 2017 compleated the 100th day and families call for large-scale protest to mark the 100 days of waiting in a hut demanding information on forcibly disappeared persons and persons taken into custody. 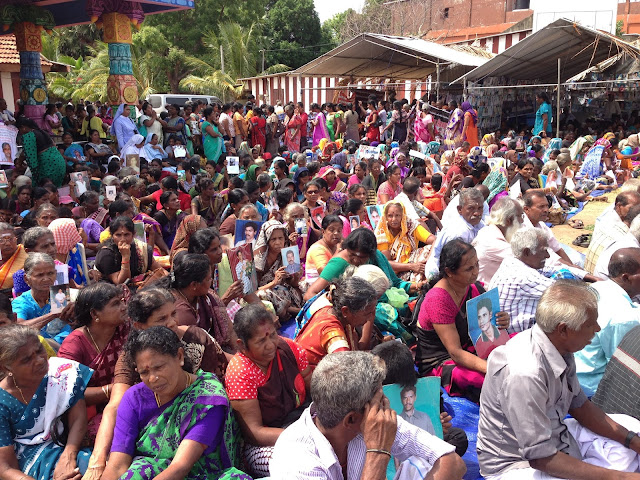 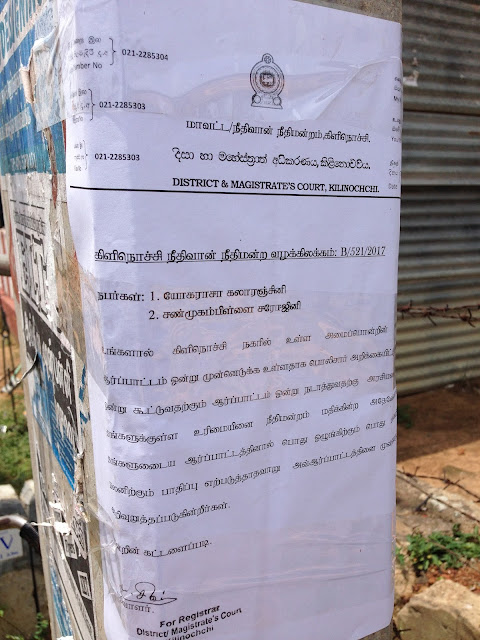 Hundreds of family members including elderly parents, spouses, siblings and children gathered to the place and demonstration carried out at the same place for several hours.  Later people block the A9 road whether police have been taken a court order to prevent protest in the road. 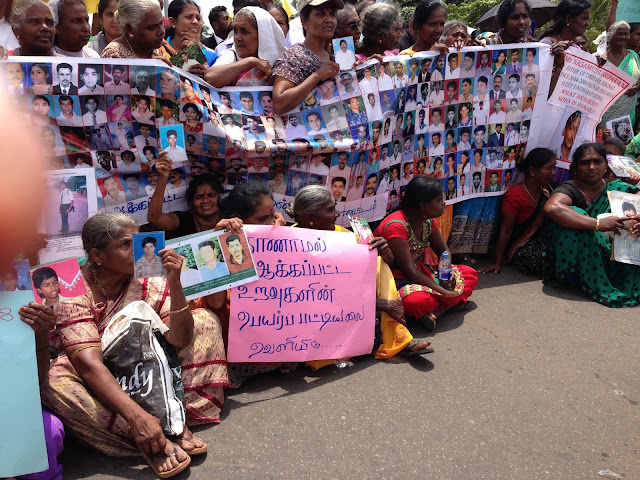 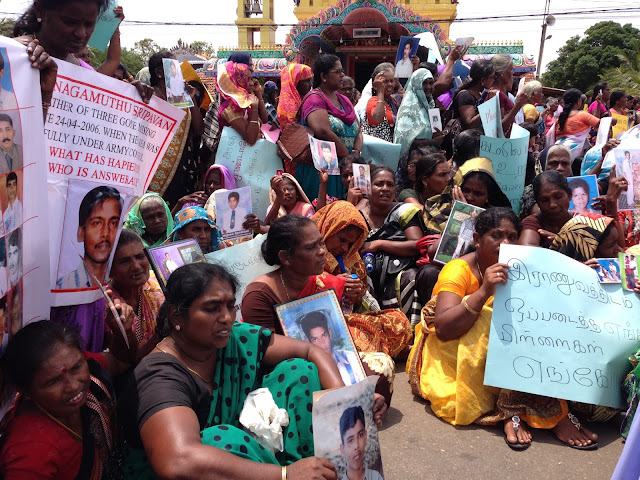 At the later stage, AGA and GA visited the protesters and conducted a convey the government's willingness to conduct a discussion with the people. instead, people requested decision over the information they are requesting for years now. 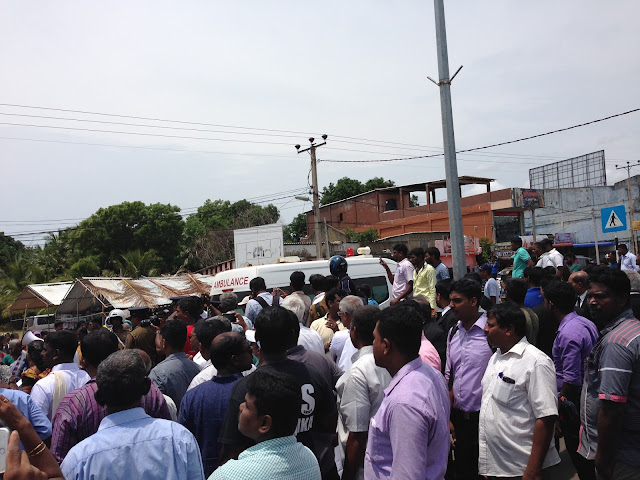 Finally, AGA submitted another written promise to the people stating that a committee to establish to find out what happened to those missing people and a date will be announced for another discussion with President within two weeks time.
At about 4 P.M. people got out from the road and let the police to reopen the road for vehicle movements.
Share this article :
« Prev Post Next Post » Home