After 853 day to the cabinet decission on releasing of lands grabbed by the previous govenment, Panama People who are in a fight for their land ownership came to Colombo with a petition with signatures of 30,000 people and submitted to the President's office today.

About 100 people start their walk towards Presidential Secretariat office at 10.30 a.m. and within few minutes police stopped the people on the way and tried to bring 5 representatives to the Presidential Sec. as the people oppose the proposal and sat on the road. The police barricade was removed after accepting the proposed 15 representative participation to the meeting in PS.

During the discussion with the officer in Presidents Office, the Officer involved has promised to look into the issue deeply and let the people know the results and also keep them updated with the process. 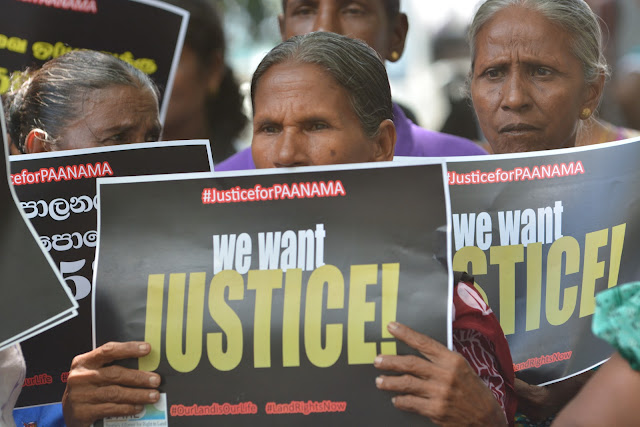