“We want our land back”

People's Caravan reached to its final destination coming to  the Colombo Port after passing the various places such as Jaffna, Mullathive, Killinochchi, Mannar, Vauniya and Puttlam on 2nd of March 2019. A mass protest was organized  in front of the Railway Station in the Port  with gathering all strength which was developed in the campaign within 5 days.  Campaigners from Paanama, Ashraf Nagar, Kanagipuram, Sampur, Kuchcheveli, Valigamam North ,Silavaththurai, Pallimunai, Mullikulam and Puttalam actively engaged with the campaign.
It used different strategies by signing  in the opened board through the campaign. People   supported  for the affected people's struggle keeping their signatures, engaged with the march in the regional level and participated in the main campaign in the Colombo. This campaign was used to send a message to the government to  release the political prisoners also. People from several districts started the demonstration in front of the railway station in Colombo Port demanding their own lands which are  holding by the government even after ending of the conflict.
People's Caravan was organized in order to demand their original land back because the government did not release whole land which was grabbed in the name of national security in the war period especially in the north and east.  The government has promised to the international community to release the land which has been captured by military forces in the name of national security through the Human Rights Council in 2015 and 2017. The government promised to take actions toward peace and reconciliation concerning transitional justice. One of the major concerns was to release the military occupied land in the north and east but government failed to fulfill the promises done in the human right council in 2015 and 2017.
Therefore, National Fisheries Solidarity Movement with the leading role of Praja Abilasha Network as well as other civil society organizations planned the caravan in order to get the  concern of the government, media and local and international communities. It  focused on the coming hearing of the Human Right Commission in Geneva  because the government has committed to fulfill their promises in releasing the land occupied by military. We attempted to send a strong message to the government to take actions to release the particular lands. 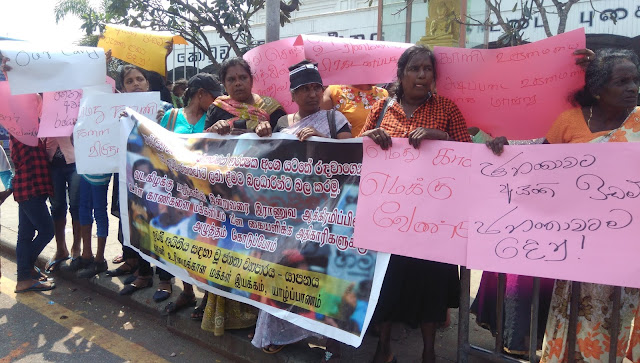 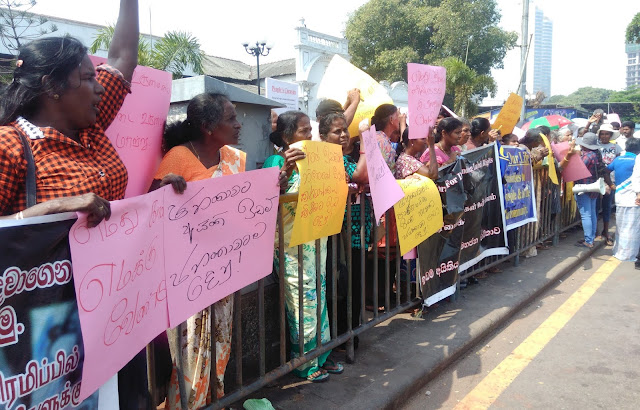 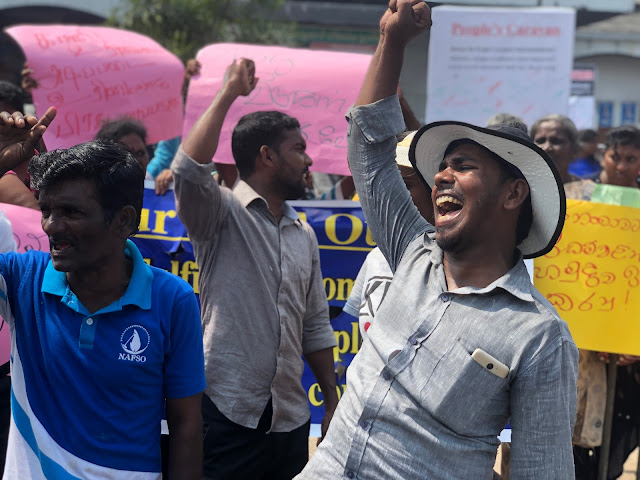 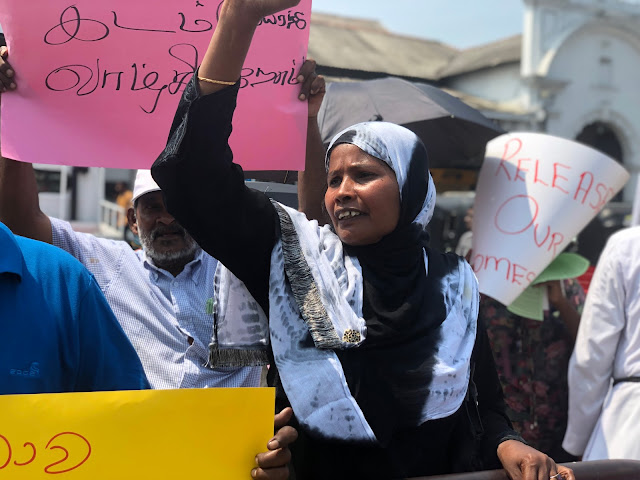