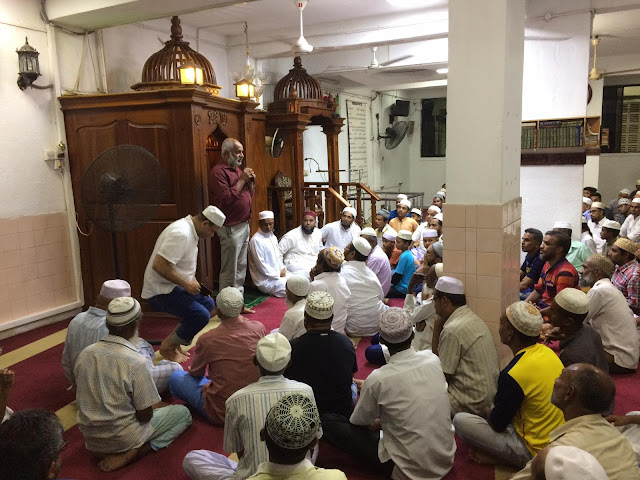 We continuously engage in the peace building and reconciliation process in the Sri Lankan society. During the war and post war situation, we engaged on the People to People Dialogue on Peace and Sustainable Development efforts among Sinhala, Tamil, Muslim and Burgher communities in the working areas of NAFSO.
This is the hour we need the most People to People Dialogue for peace building and reconciliation as the slowly healing wounds are now hurt again with the aftermath of suicidal attacks on Easter Sunday. NAFSO began to strengthen the dialogues and trust building efforts among communities as we need to heal the wounds and build trust from the below now.
Herman attended a meeting with our Muslim brothers at Keththarama, Jumma Masjid mosque at Maligawaththa.
He shared the sorrows of the Christian brothers and sisters in Negombo and other places after the destruction of the Suicidal attack on Easter Sunday.
"We extend our hands with our solidarity to the Muslim community as we trust all of you do not support extremism and terrorism. We know with your support only the series of further attacks prevented by the security forces. We stand firmly for Peace building and reconciliation amidst the criticisms." Said Herman.