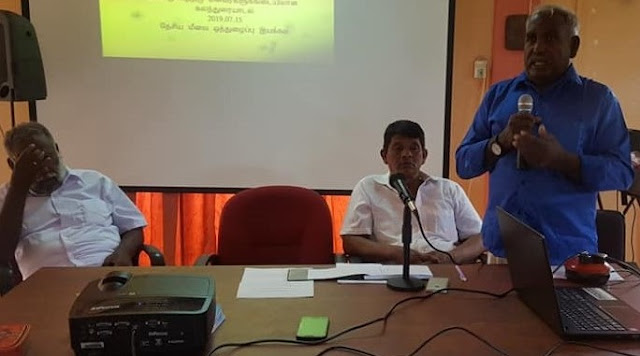 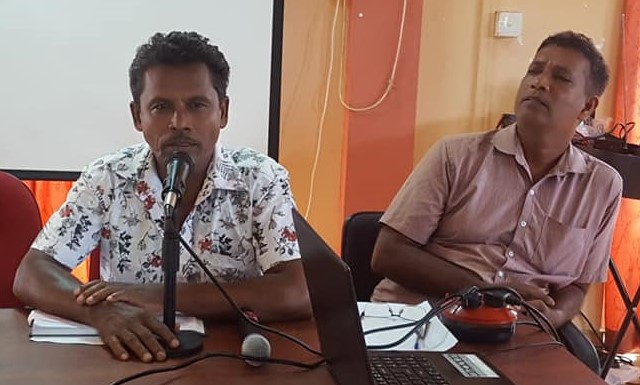 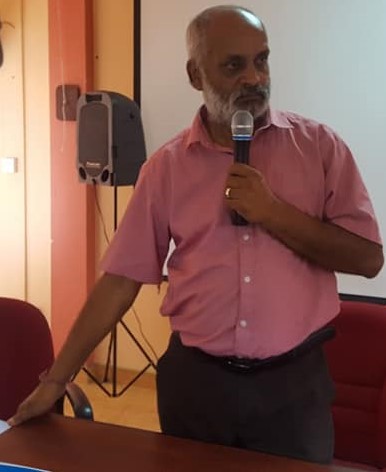 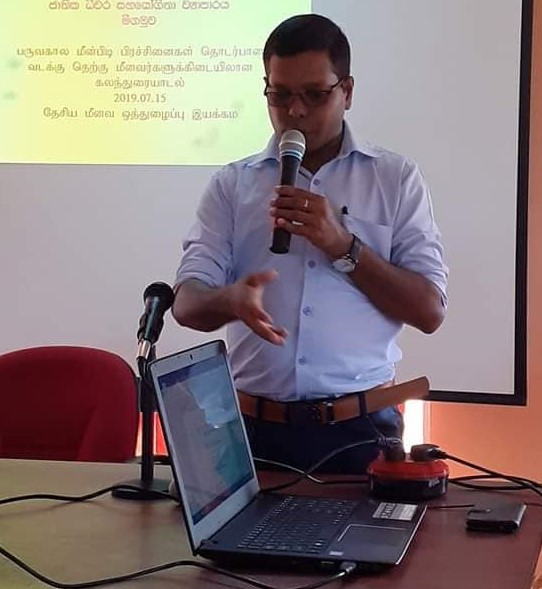 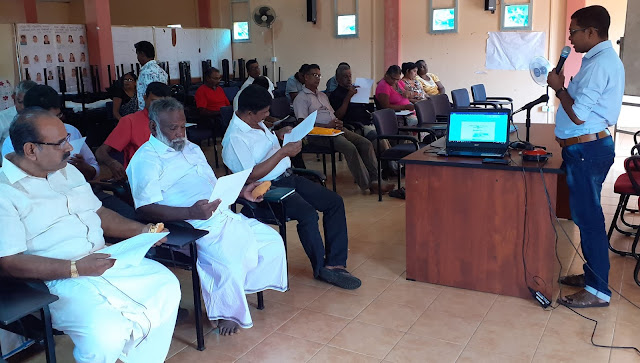 Mr. Alam, Chairman of the Northern Province Fisher People Unity, Mr. Subramaniam, Vice chairmen of Northern Province Fisher People Unity, Mr. Anthony,  secretary of Northern Province Fisher People Unity, Mr. Joshap, Chairmen of the District Fisher Co-operative association in Mullathive,  leaders in the fisheries community and Miss. Amaleeta, women leader in the fishing community mentioned  that northern people are facing different economic difficulties because of the invasion of the southern fisherman into northern sea as well as usage of illegal fishing gears in the people to people dialogue which was facilitated by National Fisheries Solidarity Movement in the secretariat office on 15th of July 2019 in Negombo.
The representatives of fisher communities in the north and south, some other fisheries representatives and staff members of the National Fisheries Solidarity Movement participated in the event. The purpose of the dialogue was to collaboratively take actions to mitigate the issues that northern fisher communities face because of the invasion of the southern fisherman into northern sea. According to the northern fisherman, they are unable to get sufficient harvest due to this matter. It showed a short video in the meeting in relation to the migration of southern fisherman into northern sea and doing the illegal practices there.
Representatives of the northern fisher communities shared their experience based on this issue. Mr. Alam addressed the gathering first and he mentioned that there is threaten for the northern fisher communities due to the migration of fisherman from Negombo, Puttlam, and invasion of Indian trawlers, illegal fishing practices as well as natural disasters. Everything has influenced to the fisher community in the north. The authorities do not involve finding solutions for these issues. According to the situation I would like to thank to National fisheries Solidarity Movement because of organizing like this face to face dialogue between the both communities, Mr. Alam mentioned in his speech.
Share this article :
« Prev Post Next Post » Home