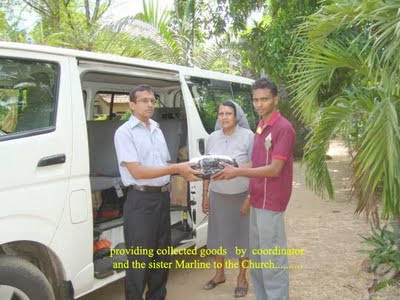 He was expressing any further to saying that this is a donation of kind hearted people in the district and their members who love their own Tamil brothers and sisters have been displaced in Vanni. Inland Fisheries Organization has given these collected goods to the Polonnaruwa Church for distributing among displaced civilians on 13th spetember 2009.

This is a only a donation of people and we need to do very powerful campaign to urge the government to release these people and settle then in their original palaces as they were before as soon as possible.
Share this article :
« Prev Post Next Post » Home