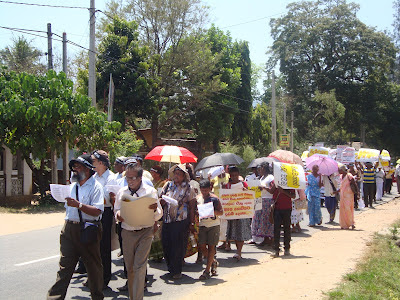 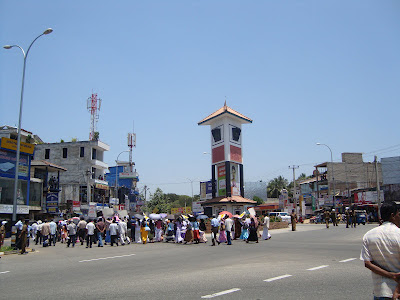 Around 2000 farmers where majority are paddy cultivators staged a walking protest in Dambulla on 20th March. (North Central Province). Paddy farmers are struggling to sell their crops for fare price.
Price of all most all commodities have been increased within last one month time period after fuel price increase but paddy price per kilo have been decreased. Last season farmers have sold their paddy about 32 to 35 LKR, but this season price per 1Kg of paddy has decreased to 20 to 22LKR.

Farmer organizations from Island wide gathered to support the farmers and also including fisheries sector people. Struggle will continue if the government not met the demand. 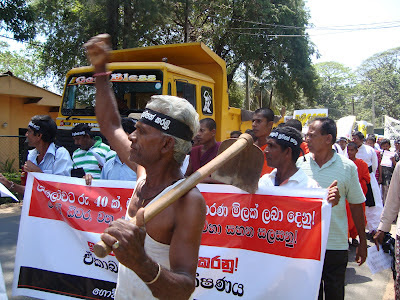 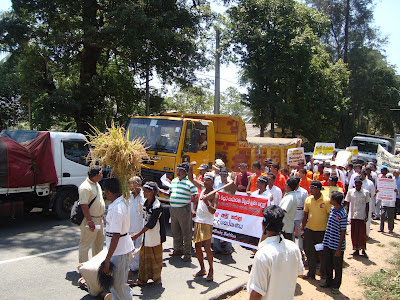 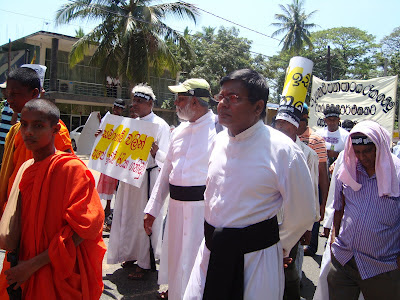