Home » » Sri Lanka: the suffering of war widows, in the midst of pain and social exclusion

Sri Lanka: the suffering of war widows, in the midst of pain and social exclusion 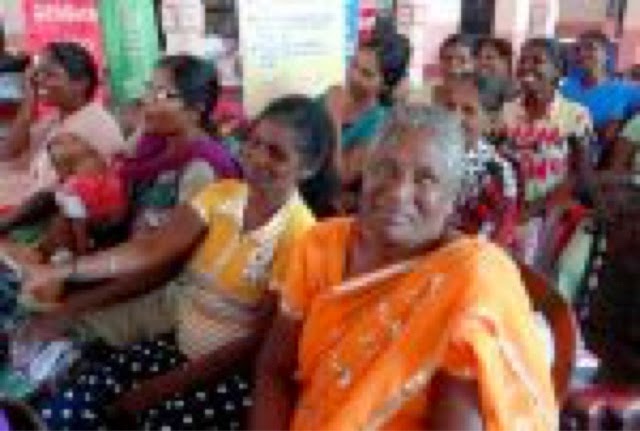 An interview with Lavina Hasanthi Perera, Women's Desk coordinator of the National Fisheries Solidarity Movement (NAFSO). The northeast of the country is home to over 85 thousand widows. The abuses of the military; rising drug addiction among children; life in refugee camps without health facilities, water systems and education.

Colombo (AsiaNews) - Social exclusion, extreme poverty, lack of political representation: these are the conditions in which more than 85 thousand widows in Sri Lanka live. Tamils, most of these women live in refugee camps in the northeast of the country. Some lost their husband after natural disasters such as the tsunami of 2006, but more than half during the thirty years of civil war waged by the government against the rebels of the Tamil Tigers (Liberation Tigers of Tamil Eelam, LTTE). Some fathers have died in the conflict, but many others have "disappeared into thin air", mostly in the hands of the police for "suspected links" with the LTTE. The survival of entire families is all in the hands of these women, abandoned by the authorities. Interviewed by AsiaNews Lavina Hasanthi Perera, Women's Desk coordinator of the National Fisheries Solidarity Movement (NAFSO), speaks of "many concerns on food safety, family and children. The list is endless."

What is the plight of war widows and other widows at present in North and East ?

The Women Headed Families are still living without basic needs.. No infra-structure or facilities. In Jaffna, Valikamama north, Mullikulam in Mannar, Sampur, people are still in the IDP camps. There are around 28 thousand spread throughout 38 camps in Jaffna peninsula alone.But the government says there are no single IDPs. Their security situation and means of livelihood is very weak and unsecure.

In Jaffna, young people are gradually becoming addicted to drugs. Women and girls are in a particularly stressful situation, because their social recognition is low due to the fact they are living in IDP camps and no one is ready to marry a girl living in an IDP camp.

Yet they also contributed to the election of the new President of Sri Lanka on a mandate for change. So, have they not also benefited from this?

No, there has been substantial change in their lives, no progress or any rights upheld so far. Most of the people still have high hopes. Also, the security threat has been reduced. But, once the women expected to attend the protest against Modi's visit, again military personnel has gone to the camps and threatened not to attend the picket. But, people attend the meetings enthusiastically more than the regime change.

What about their economic situation?

There has been no change in their economic conditions. No subsidy scheme has been generated or assistance given so far.

There has been no substantial assistance for the women who are suffering from the adverse effects of the war.  But, there are some news stories circulating in the media about a new scheme that may be introduced by the Government.

How about their security situation and protection?

There is no big threat to their lives as far as we have seen to date. However, there are reports of a multi rape case carried out by military soldiers who are trying to mislead the society and hide the truth. So, the military mediations, militarization has not changed as people expected.

In concrete terms what short of a support have they received from this new government ?

There is a healthier mentality as the Government has attempted to release some lands, also to solve the issues related to Indian fishing trawlers in dialogue of Indian government. Also, the government has recognized the issues of women and other people in the North East as important and is taking steps to find solution for them.

Are they happy with their living conditions?

Compared to the previous regime, people now have some hopes. However, with the statements being made by ministers and the authorities these hopes are beginning to fade.

What are they asking for?

As the Coordinator of the NAFSO's Women Desk, what would your urgent request for North and East be?

We in the WHF share the suffering of the people in and northern and eastern Sri Lanka. We want women and all people to be able to live in peace and harmony. They need to provide basic facilities. Cater to the specific needs of the women and girl children. They need to either find the disappeared people or give clear information of their whereabouts. If the disappeared people are with us no more, there should be an effective mechanism to strengthen the lives and livelihoods of those family  members left behind. They need to return land to dispossessed families.  Above all they need to release the political prisoners.