People says "Yes" and "No" to Negombo lagoon development process 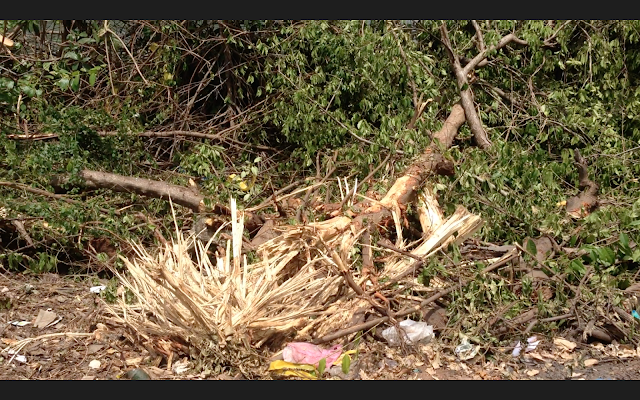 Negombo Lagoon Development Process Has Been Questioned by a lagoon fishermen and they conducted a protest against the process carryout by the authorities. Negombo lagoon bank near main fish market is filling with mud, taking from lagoon bed and the purpose is to construct a vehicle park and a jogging track. According to the fishers who oppose the work, plan was to dug and remove 2 feet of mud from and fill up to 10 meters from the parallel road. but now they are digging more than 10ft of the lagoon bottom and filling around 20m from the road.
lagoon boundary is covered with well grown mangroves in some parts and other areas use by fishers for economic activities, as settling areas as well as boat landing sites.

at the later stage of the protest another group of people from the area conducted a demonstration against the people who oppose the way of plan implementing, saying it is really necessary work to do as most of the time in day time, road is stuck with traffic.  According to them this work is the best thing to do by the government to reduce traffic in the area.

People in both group agreed that the destroying of environment in unnecessary way must prevent as it belongs to the future and the next generation.  In vicinity of the lagoon bank and water we recognised dying fishers and millions of shrimp larva as well as destroyed mangrove areas. 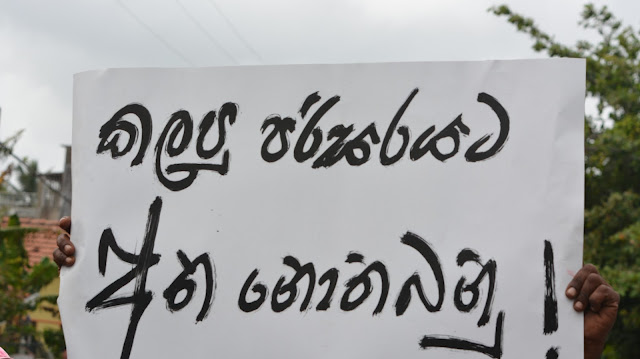