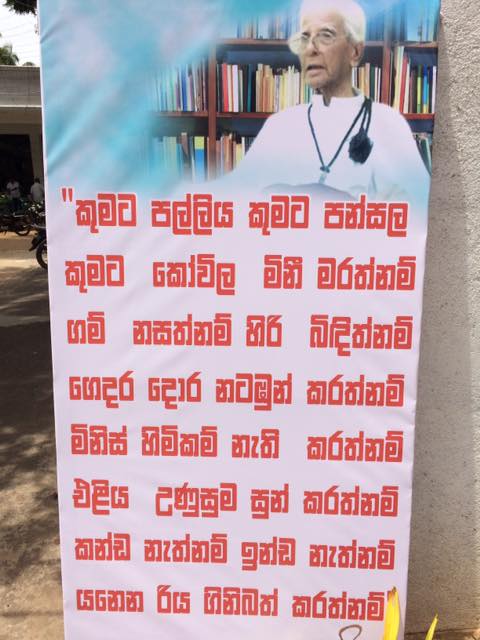 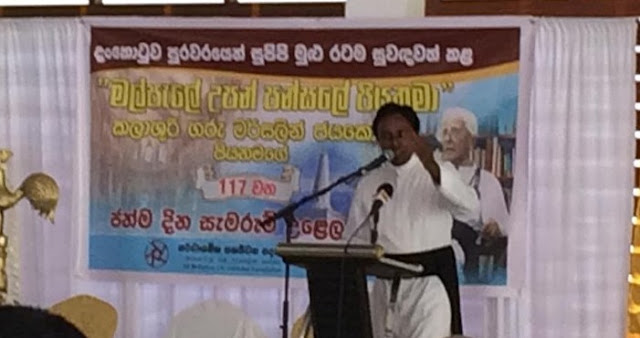 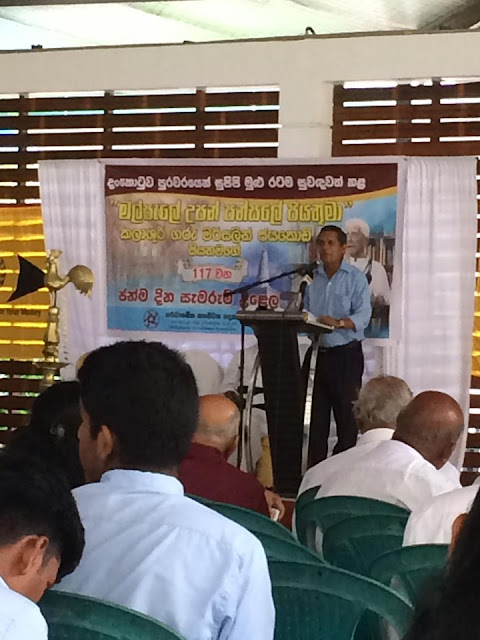 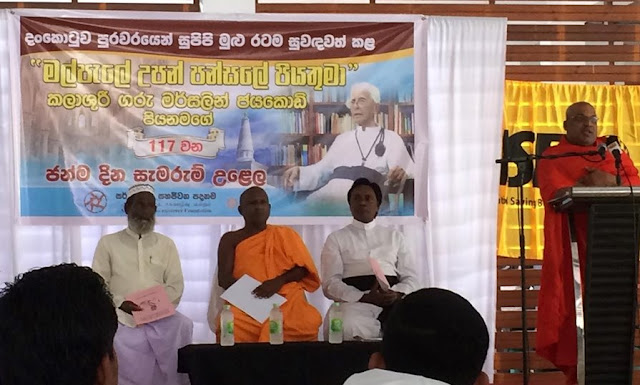 “Mage Naththala Pawa Pansal yanadaya” “Mage Naththala Dugiya Bath Kanadaya” This is the most attracted piece for me of what Fr. Mercelene Jayakody wrote whose 117 Birth anniversary celebrated in June and the function held at Dankotuwa today by Inter Religious Co-existence Foundation. Fr. Mercelene is important to me not only because he is a poet, writer, artist, composer and many more his qualities. On one hand he was among very few Catholic priests who work in coexistence with Sri Lankan culture dominated by Buddhism.
As a result he was named as “Malpale Upan Pansale Piyathuma” and highly respected among all religious groups in the country.
Mr. Karunaratne, the Chair person of Fr. Mercelene Commemoration committee said, “It is only 20 percent of Fr. Mercelene’s writings and creativity has exposed to the society and our efforts to bring the rest of the work too to among the people.” And Mr. Karunaratne thanked in his input to Ms. Vinifreeda Jayakody, only living relative of Fr. Mercelene as she is attempting to socialize the undisclosed work and helped to collect the materials kept in sacks without any preservation at Ratmana. “We are grateful to MS. Vinifreeda for her all efforts and the trust.” Added Karunaratne.
I am glad to hear Fr. Mercelene is from Godella, Dankotuwa because I have a historic connection with Godella village.
My Father always claimed that my Grand Father, Siyathoris Appuhamy originally from Godella and came to Irabadagama for rare goats then settled Irabadagama after marry to my Grand Mother. So I am glad as Fr. Mercelene and my Grand Father have some historic relationship at least originally from the same village.
Fr. Mercelene’s work should be more and more socialize as those work is highly important to build reconciliation among disturbed Sri Lankan communities.