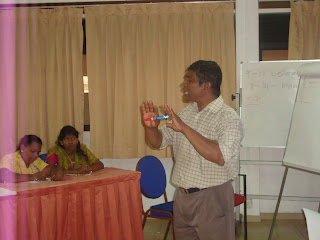 NAFSO is waiting to implement a new rehabilitation project which is called Economic Rehabilitation Program among women headed families. This project was planned to implement especially in Trincomali, Betticaloa and Mannar district. Every basic preparation was completed to be a reality in the relevant fields. So, NAFSO organized  a workshop to introduce about the new project for responsible pilots in district level. According to that the  acquainting   workshop was held in Chinthana Training Center at Nainamadama on 14 and 15 of March 2012. District coordinators as well as their community facilitators in above districts participated to the workshop. Miss. Geetha Lakmini, Priyankara costa, Anthony Jesudasan, Laveena Hasanthi and Praeep wanigasuriya also participated as NAFSO secretariat. 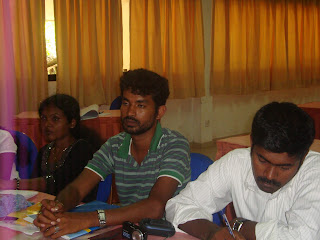 District participants were well educated about the project contains ,  goals, strategies,   time frame and other important components  . District community facilitators have already  been identified  to implement the project in the field well. So, we succeeded in providing  better understanding about the project  for field activators and plan some necessary basic preparation on this project. As the important thing, we identified major criteria to select the beneficiaries and responsible officials who should be nominated for the selecting committee with the agreement of district activators.  According to that, some basic agreements between district activators and NAFSO secretariat were singed on this project. 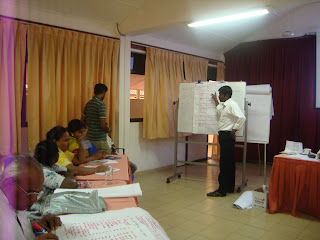 So, some basic arrangements in the project are being prepared in district level discussing  with field staffs, other relevant persons, Government officials, religion leaders, and community leaders. This is not a first approach to the women headed families who are living in the North and East in the country. NAFSO has experiences working with women headed families as well as Internal Displaced People (IDPs) as overall war effected people in the North and East especially. So, NAFSO has  experience and relevant information about the women headed families to implement the project strongly. 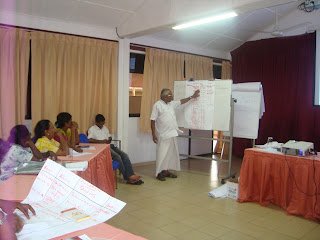 We are willing to assist more than 1500 women headed families through this project. Specific objective of this project is that Economic rehabilitation for poverty alleviation and food security among 1500 women headed families, fish and agriculture communities based in Trincomalee and extended to neighboring Batticaloa and to Mannar districts in a post crisis situation. So, we are hoping to be reality of this project in the district field as a collaborative effort soon.
Share this article :
« Prev Post Next Post » Home