Home » » Priority to the Children -

Priority to the Children -

A ceremony was held to provide stationary for school children who are living in selected six welfare camps as displaced people due to the war since 1990 on 3th of March 2013 at the agrarian school in Maradanamadam, Jaffna.  This ceremony was organized by the  Jaffna district fisher organization being led by National Fisheries Solidarity Movement.
More than 600 children  as well as about 30 parents participated to the ceremony representing six camps such as Needavan, Sabapathi, Konatkulam, Pilleyar, kannagi and Selvepuram-.  Miss. Julias who is the chair person of the “ Punkalar” organization of women headed families played the main role of the ceremony.  Prof. V.P. Sivanadan in Jaffna university participated as the chief guest and Prof. Susei Anandan   ( geography section in the university of Jaffna) Hon. Father Jayakumar( former director of SEDEK ) Mr. S. Sukirthan( president of the local government in Tellippali, Walikamam North) Mr. T. Prakash( president of local government in Walikamam South) Mr. Siril Anthony Kusin  ( President of society of displaced people) Miss. S. Sahila ( President of “ Tharaka” society of women headed families) also participated to the ceremony.
Miss. Lavina Hasanthi who is the women coordinator of National fisheries Solidarity Movement explained the objectives of the program. According to her, support to develop the educational situation of the children of women headed families which are living in the six  welfare camps as well as three villages facing many economical difficulties  providing school instruments for them and the issues of the people who are living in the camps since 1990 are to be concerned for the government officials for resettling them were the mains objectives of the program.
Expressing the invitees, they said that the people who are living yet in the camps should be resettled soon. People are facing many difficulties. They have to move even  form the welfare camps because land owners have requested the people to release their land because welfare camps have been built in the privet properties. So, people are going to displace again.
Two children who participated to the program shared their experience as refuges in the camps explaining their existing situation of their life.  The meeting was concluded with hand outing school stationary packs  to the children.   There was considerable media coverage for the ceremony. 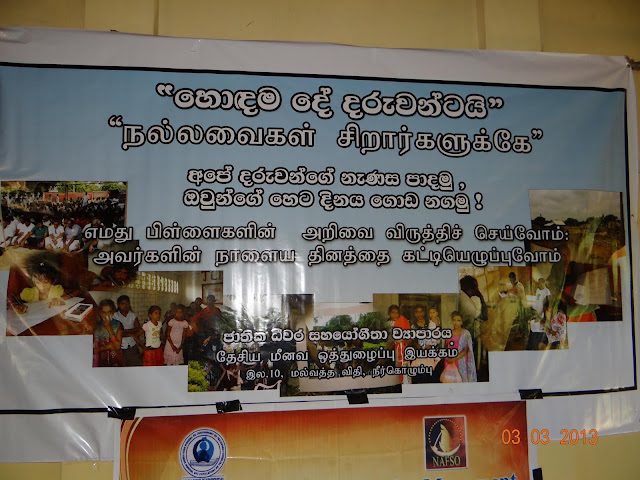 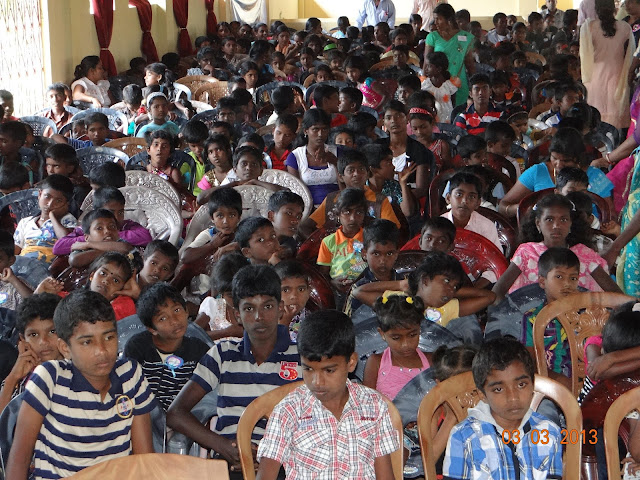 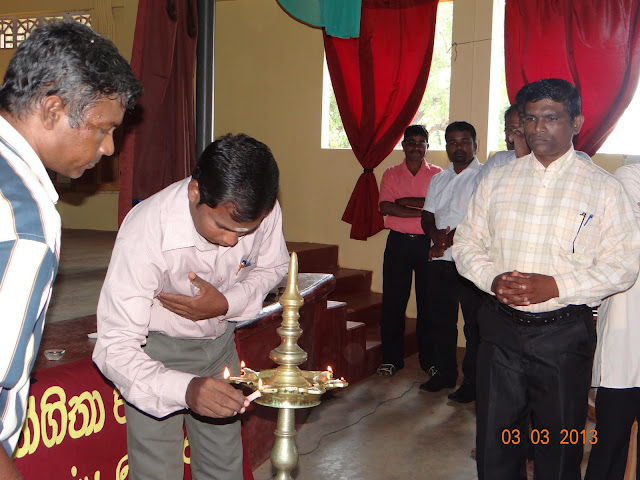 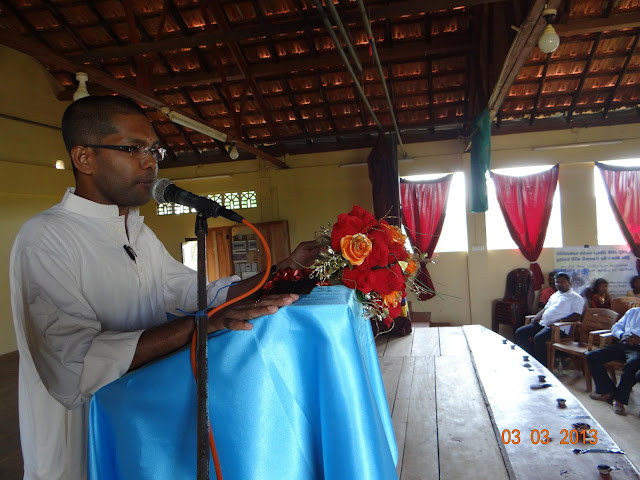 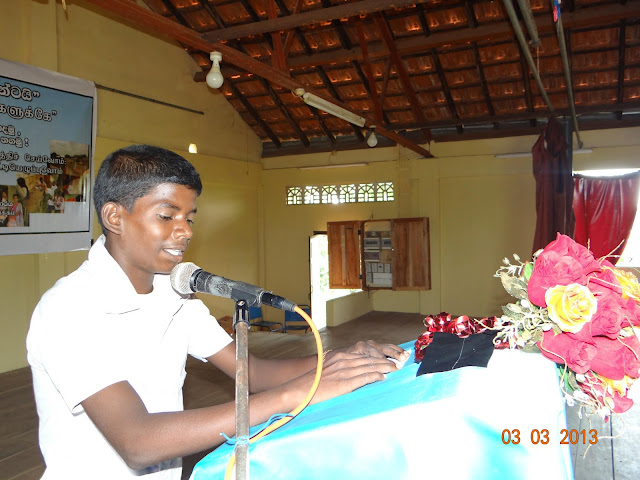 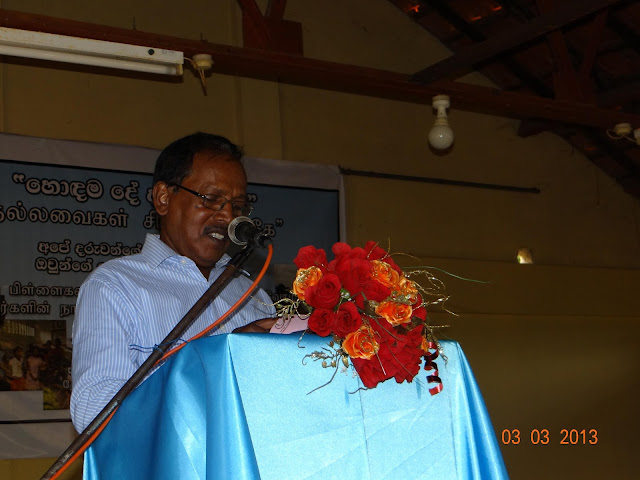 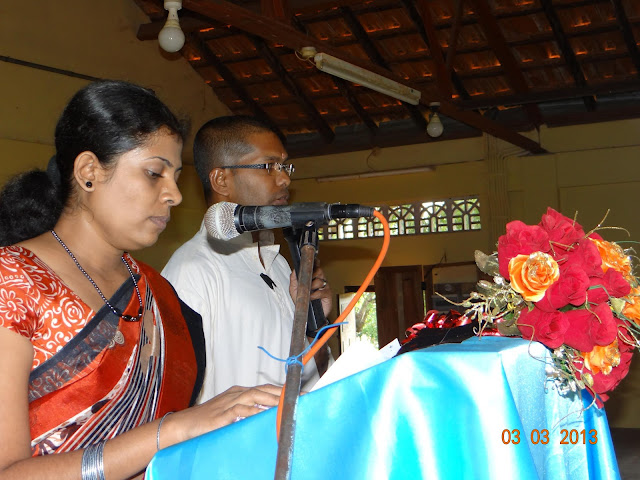 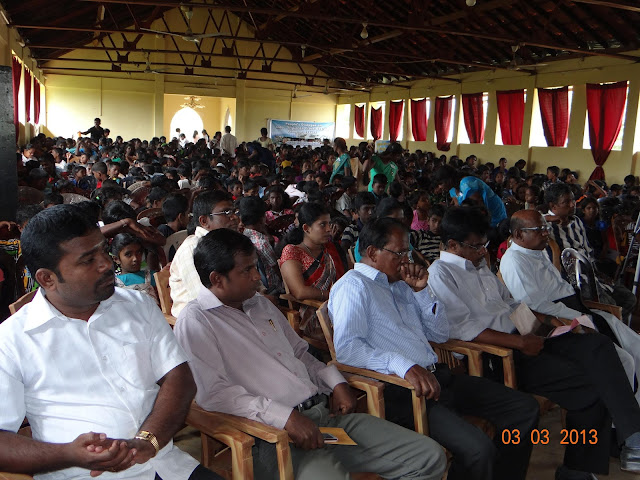 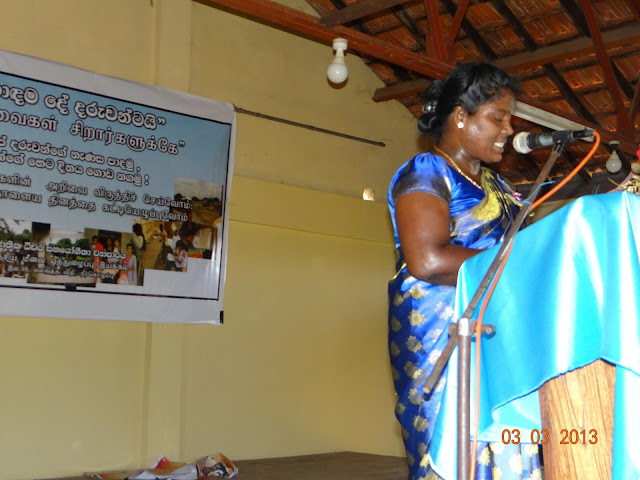 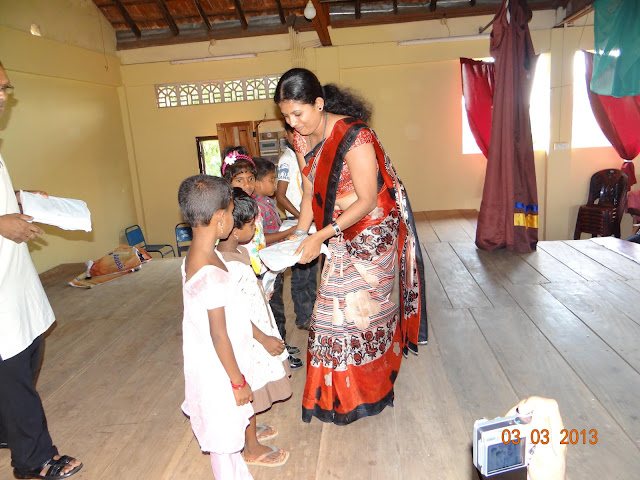