A protest against proposed new seed act was conducted  in front Ministry of Agriculture in Colombo by farmers together with participants from Civil Organizations on 24th June.
They Were asked to authorities to stop the creating of new seed bill which will make seeds a commodity that only can buy from market and will prohibit to posses the seeds from their previous crops as farmers used to do traditionally.
After a Protest March, Participants were gathered in front of Ministry of Agriculture and asked for a discussion with a minister who was inside the premises at the time. Finally 3 persons were allowed to go in and meet the minister and they have submitted a letter with demands of people.
More than 1500 participants including farmers from Anuradapura, Polonnaruwa, Mathale, Galle, Gampaha, Kurunegala and Baticaloa districts were participated to the protest. 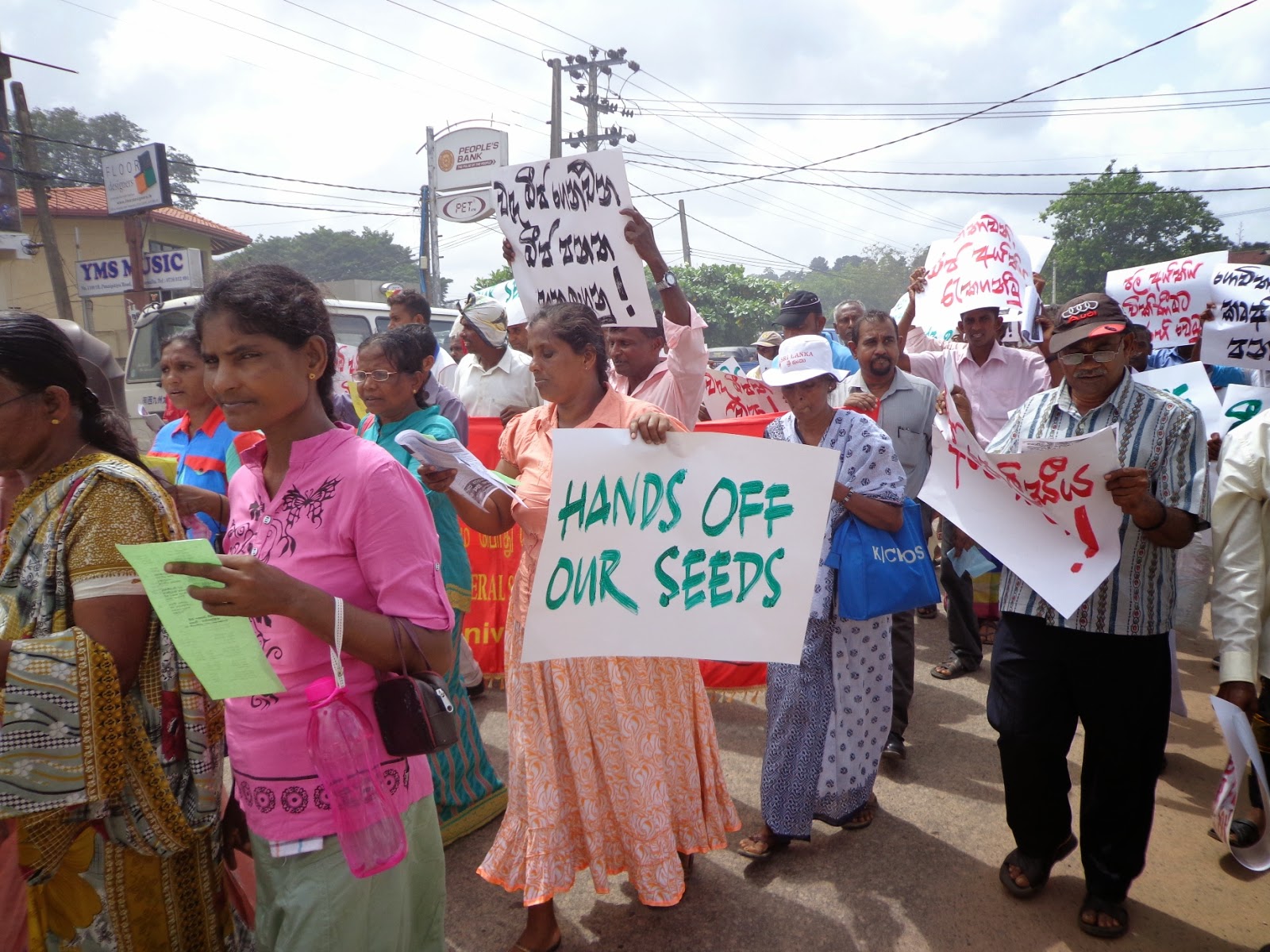 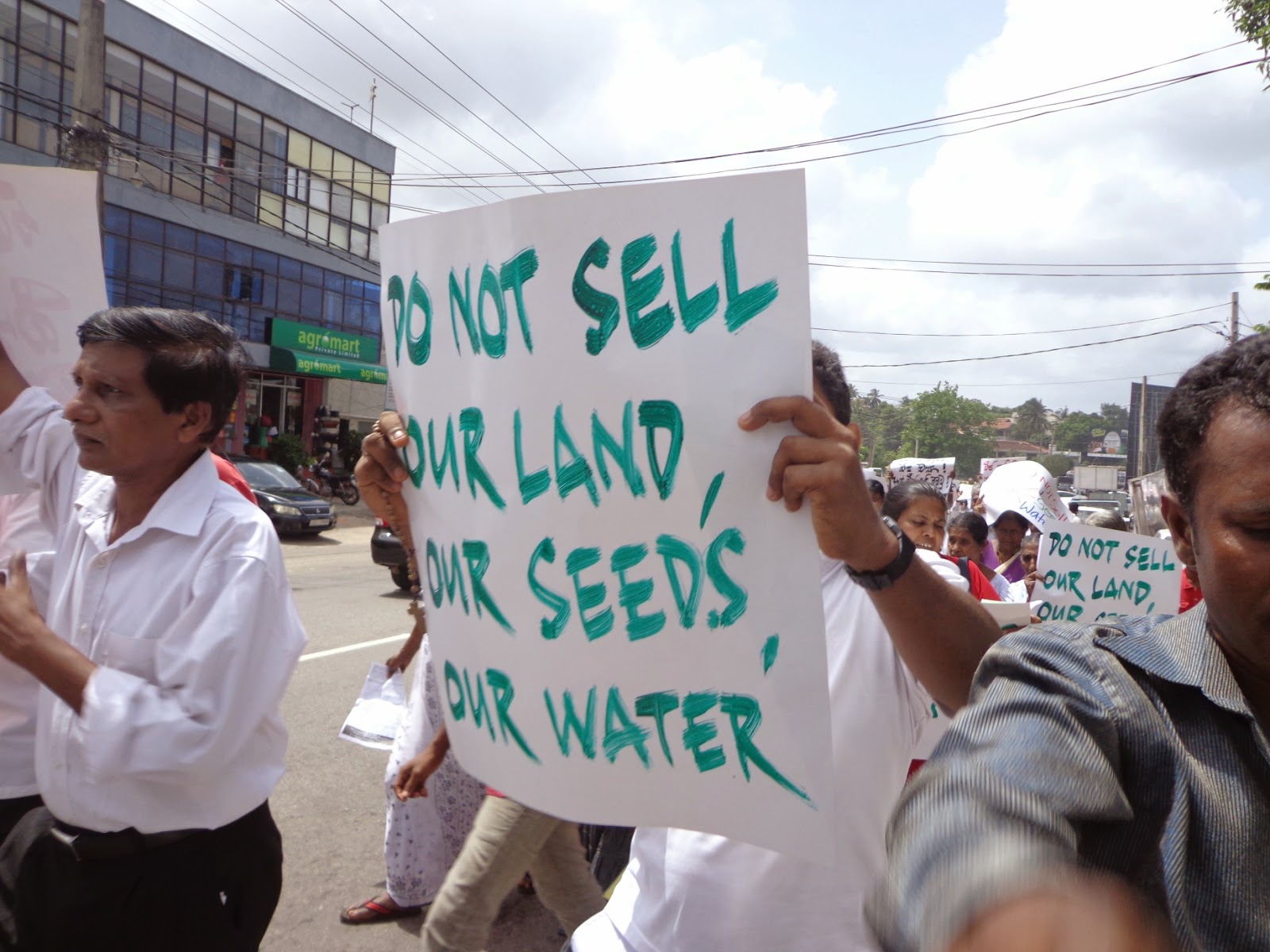 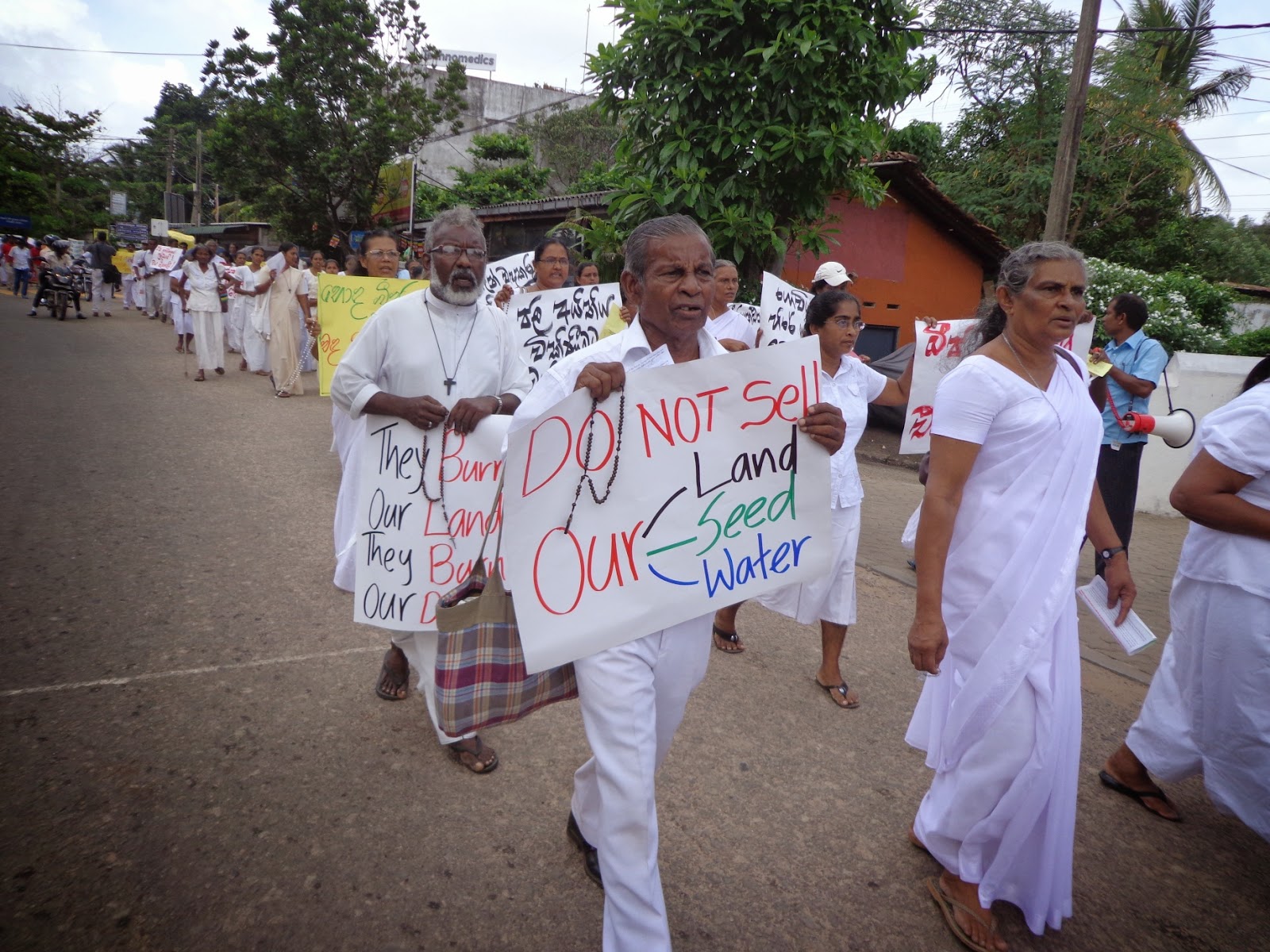 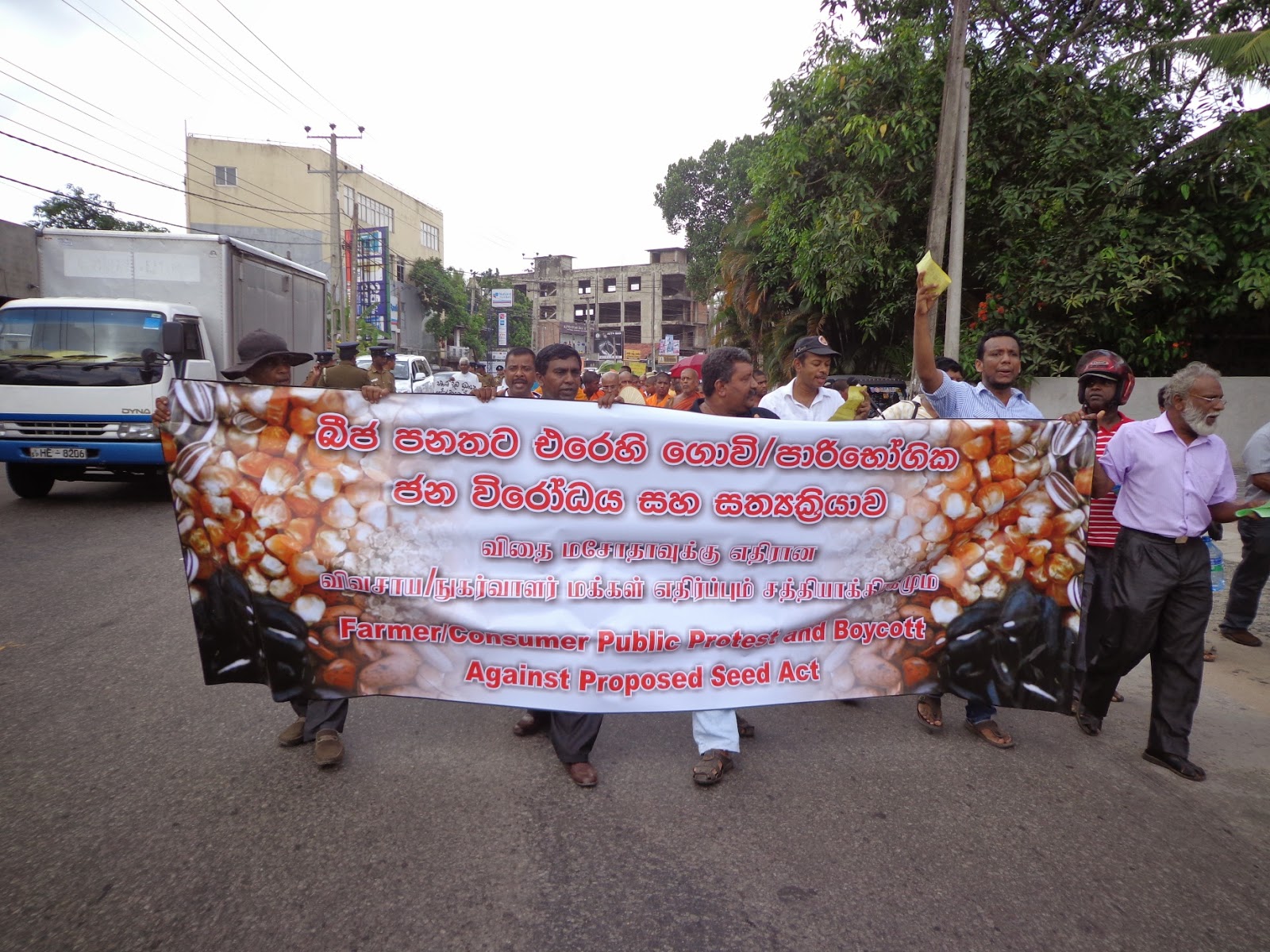 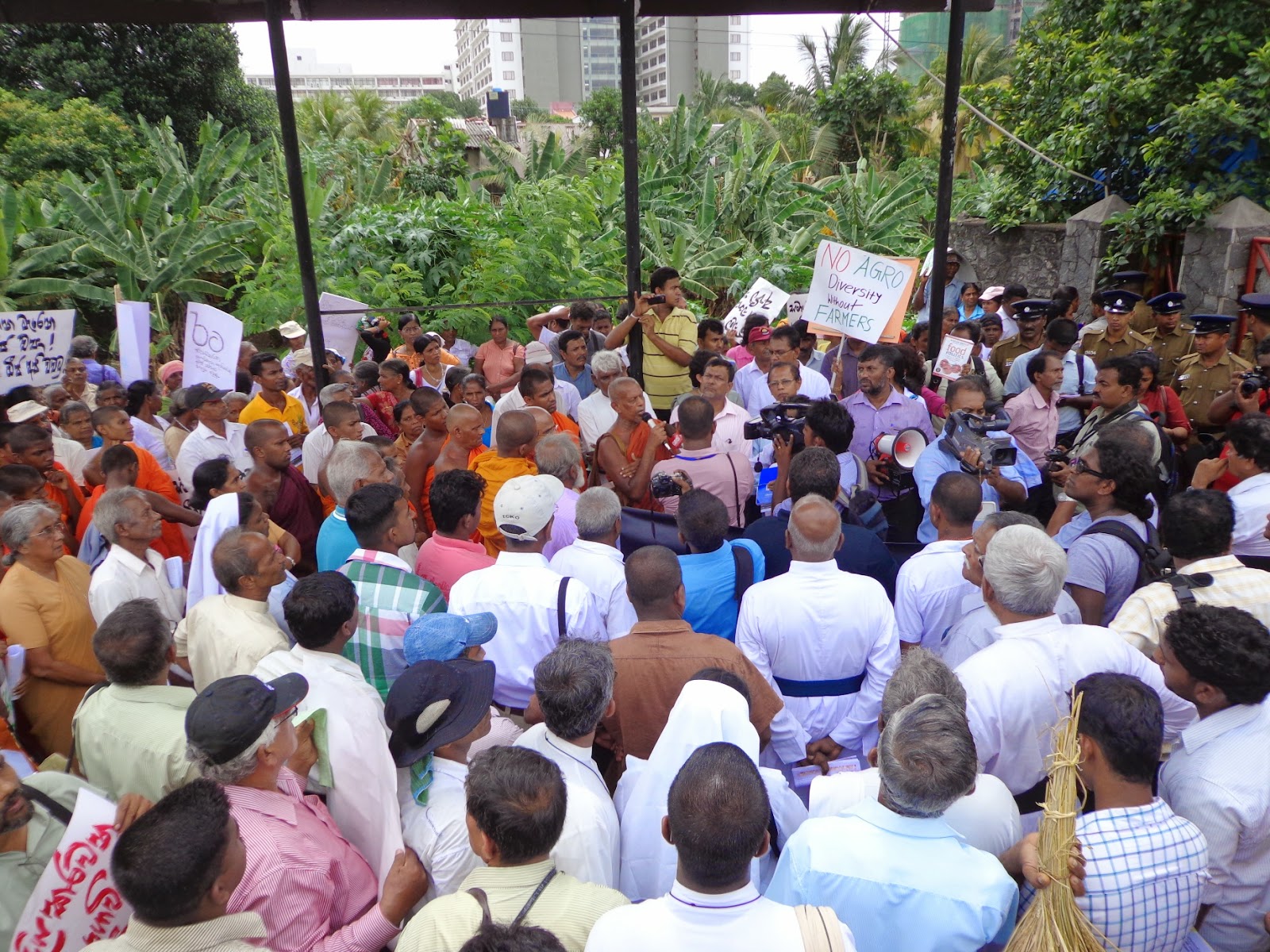 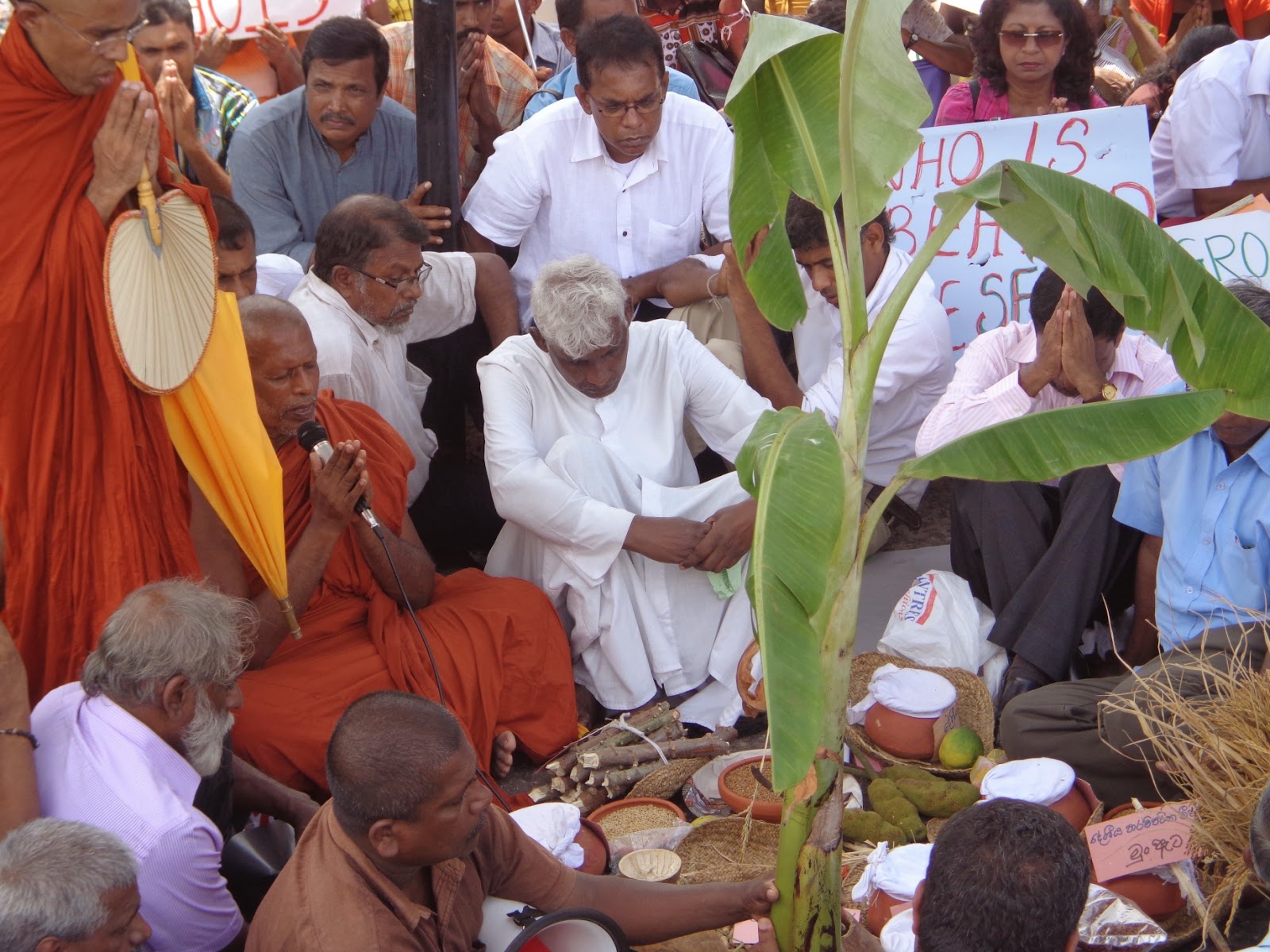