Home » » “Our Land is Our life” National Struggle for Land Rights.

“Our Land is Our life” National Struggle for Land Rights.

A campaign was organized by PARL network with the facilitation of National Fisheries Solidarity Movement, Law and Society Trust, Movement for Land and Agricultural Reform and other civil society organizations against the land grabbing in the country on 21 of August 2018 in Colombo.  Lands are being grabbed in different ways in the country. The former government highly involved to capture the land which was belongs to the people especially in the North and East as well as other places in the country. They used military power to capture the land in the north and east in the name of “National Security”
The ruling government has changed the theme as “Development” in relation getting the land from the people. The government has proposed mega development project such as metro regions accordance of national physical plan, high ways, residential complexes, international grounds, and mega parks and hotels complexes for tourism industry. Developing tourism industry is one of the main strategies that the government believes to develop the country. The existing government has taken some positive steps to release the land for the land owners but the process should be accelerated systematically. Number of people is living in the camps yet in the north. Some of people are living in  their relative’s houses because of not recovering land which were occupied by forces in the complicit period especially in the north. Government should responsible to ensure the land rights of the people but   there are many areas to enhance in ensuring the land right of the people.  Government always gives priority to the needs of the multinational companies, large scale investors and powerful persons in giving lands rather than ensuring the lands of the people.  This is the common situation of any government which governed recently according to the past experience in the country.
According to this situation, PARL network organized a campaign against to the land grabbing sending a message to the government in order to ensure the land rights of the people with the theme of “ Our Land Our Life” on 21 of August 2018 at Colombo .The campaign had three parts.  Civil Society leaders who represented the affected communities due to the land issue met the policy makers in Sri Lanka Foundation Institute ( SLFI) in the morning as well as people were educated distributing leaflets in four places such as Maradana, Bambalapitiya, Kollupitiya and Fort simultaneously with the meeting in SLFI. The main protest was started around 2PM from the Viharamahadevi Park and campaigners marched to the Lipton Circle and protested against the land grabbing raising their demands.  Around 750 campaigners engaged with the struggle representing different CSOs and areas in the country. There were banners, placates, and cutouts with the hands of the strugglers.  A street drama team also jointed with the campaign encouraging the strugglers. 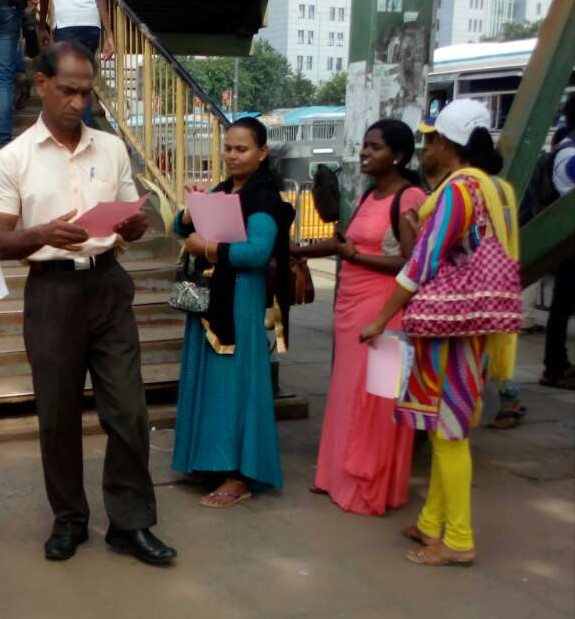 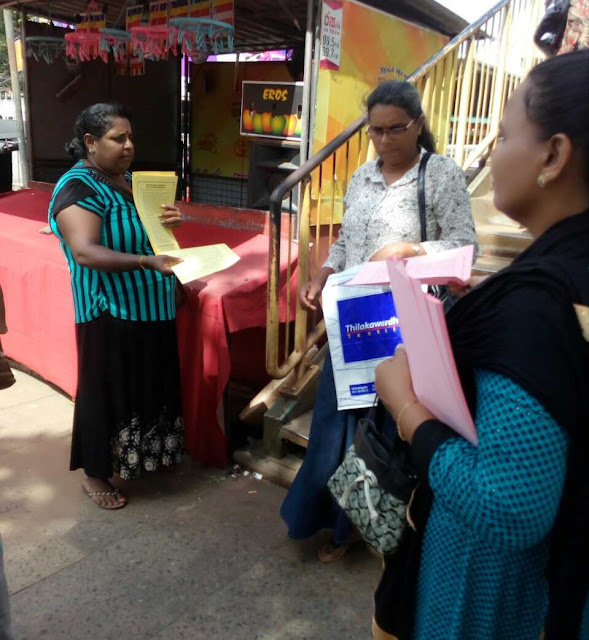 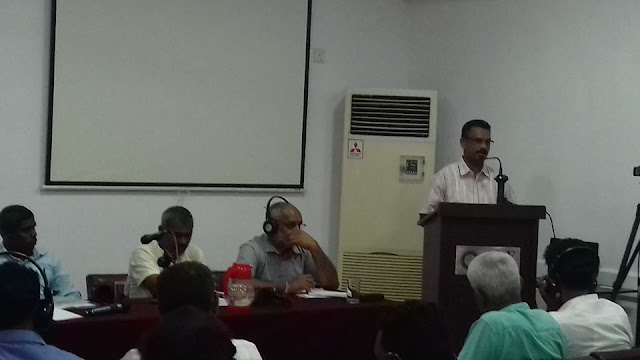 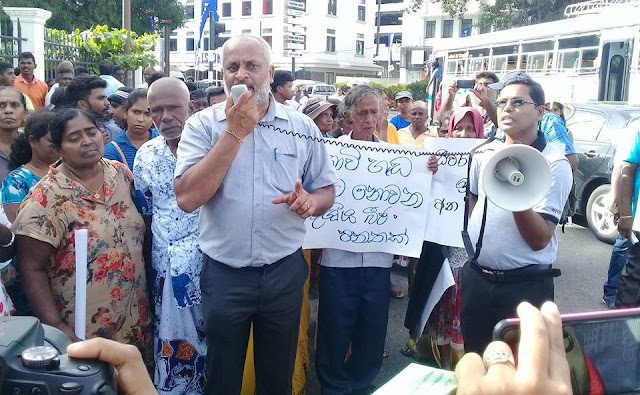 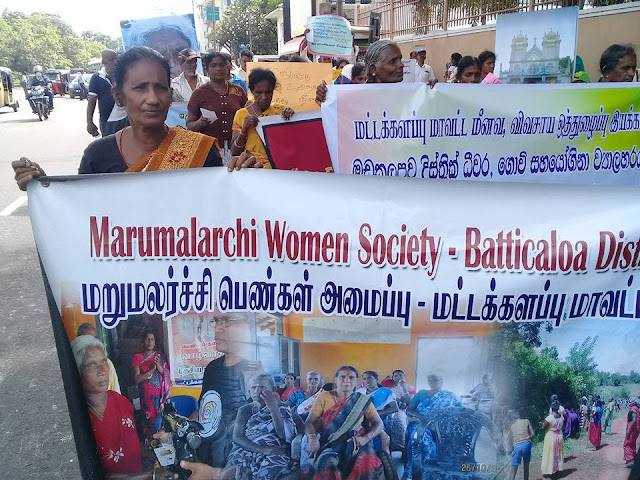 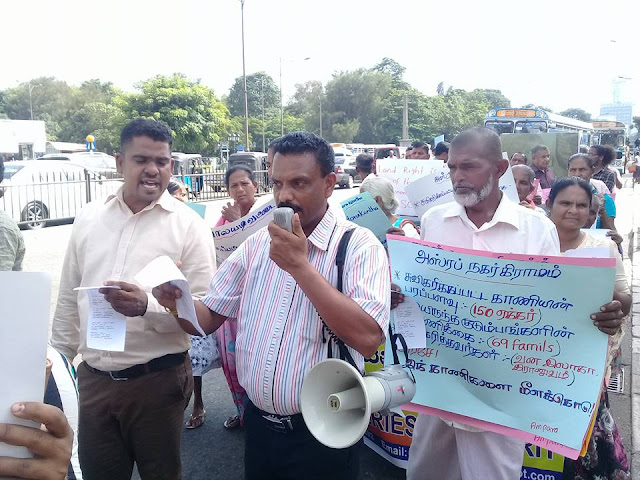 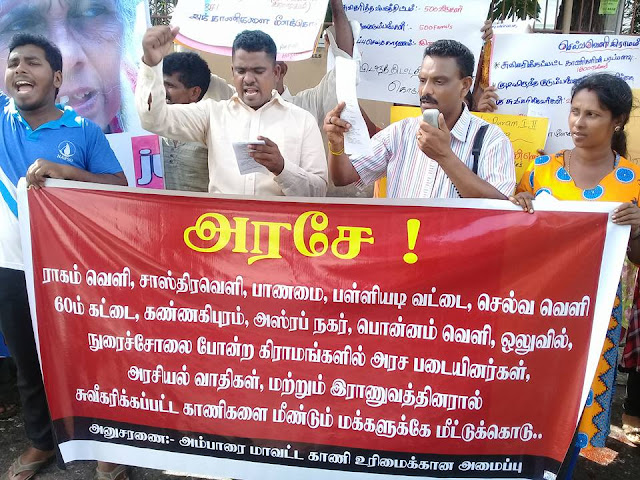 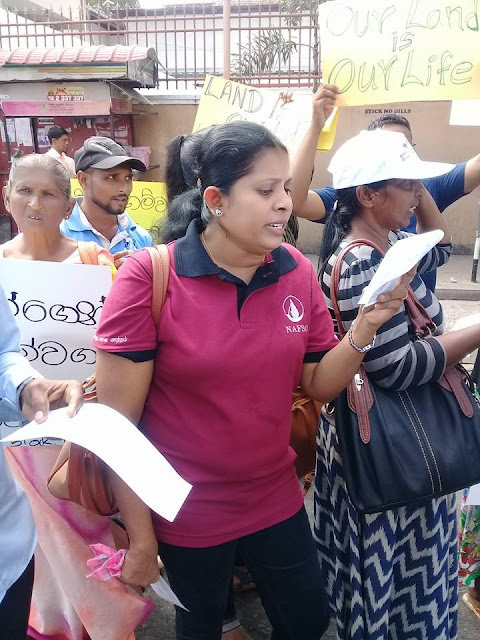 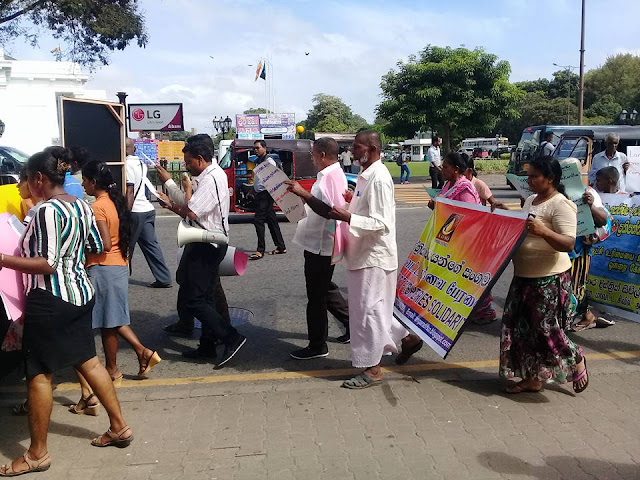