Home » » Allow every one to Live in Peace: Let Us Make Negombo a Rainbow City!

Allow every one to Live in Peace: Let Us Make Negombo a Rainbow City!

Negombo, a city of greatness with people of 4 major religions, rich with the diversity of all ethnic communities in Sri Lanka, and also a great history of Negombo citizens with diverse cultures. We, NAFSO, are working with Small Scale Fishers, Fisher Women and Youth in Negombo. And, Negombo is one of the most productive fishing community in the country. We are proud to be Negombo citizens.
Negombo was faced its most serious tragedy in our history. We did not loss lives this much at the 1983 Black July or even tsunami disaster in December, 2004 than aftermath of 21st April tragedy in 2019. But we do not undermine the damage to the communities at those tragedies too. However, we are lucky amidst this much of damage today, the Christians, did not come back with revenge to attack any community though they had deep anger against Muslims, as majority suicide attackers were Muslims.
We are appreciate this courage and patience our people had in this difficult hour of our Nation.
However, unfortunate incidents happened after two weeks later showed us some organized, politically biased and groups want to keep the country under terrorize situation and showed this Government is a failed one. Because, the ulterior motive is clear as they want to come in to power amidst the national crisis.
We urge all citizens in the country, please understand the motives behind those politicians and do not get in to their trap of creating violence against our own brothers and sisters in the country.
Red Salute to All those engages in Peace Building Efforts in this difficult Hour of our Life time.
"Blessed those who are the Peace Makers" 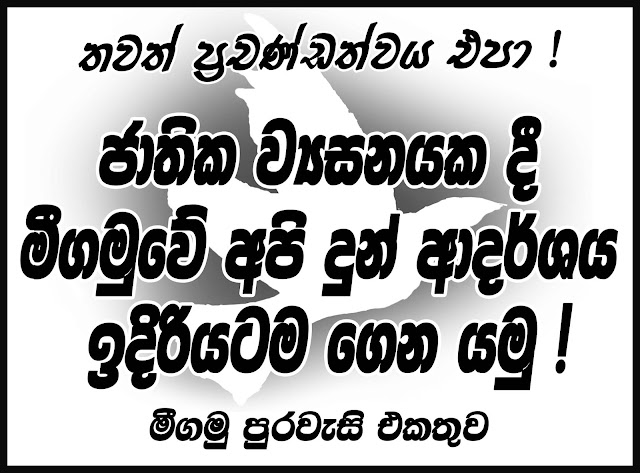 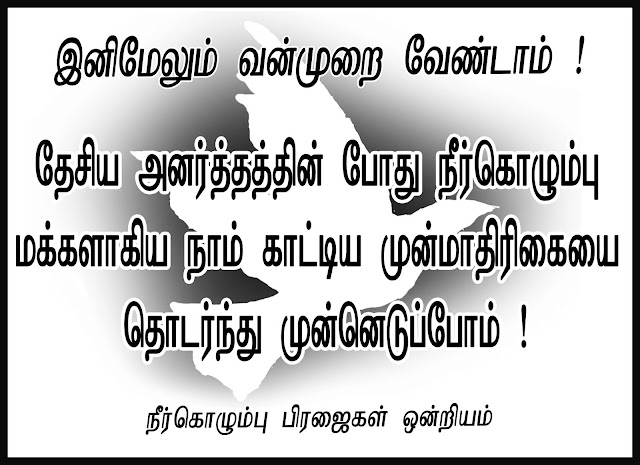 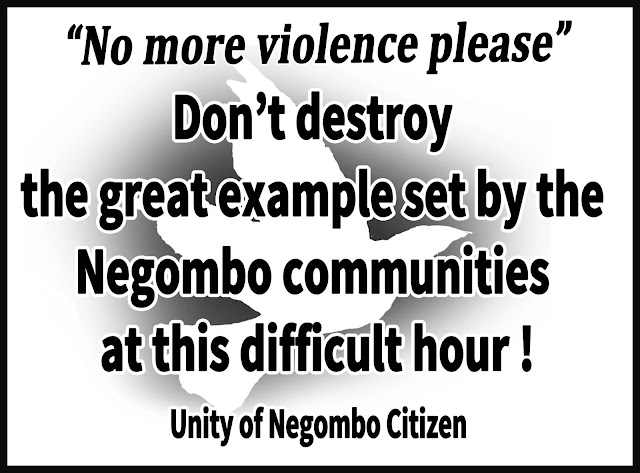