Political party members  working together with common candidate for presidential election in 2015, and representatives of civil organization who are working on win and conservation of democracy in the country were gathered in front of election secretariat in Rajagiriya and conducted a peaceful demonstration asking fair election.
The protesters expected to meet election conditioner, but at the time he was out of the office. two higher ranking officers from ES met the campaigners and took over the petition prepared and signed by political leaders of several parties.
Mr. Patali Champika Ranawaka, Sujeewa Serasingha, Dr. Harsha de Silva, Ravi Karunanayake, and Anoma fonseka express their view on present situation of election campaign of the government candidate and asked to election commissioners and officials to conduct fair election. 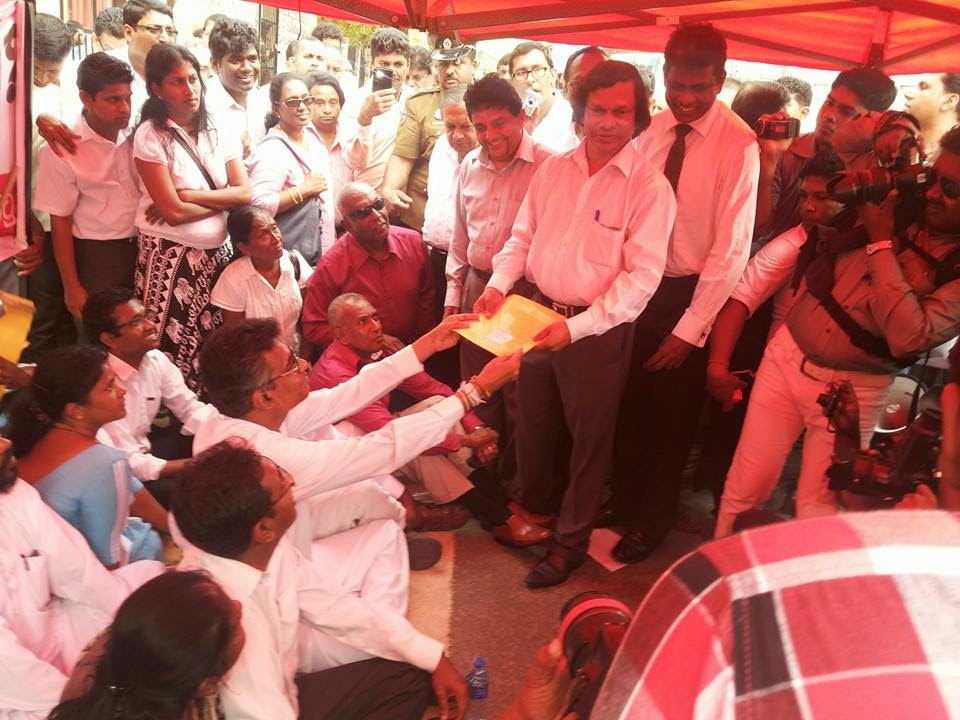 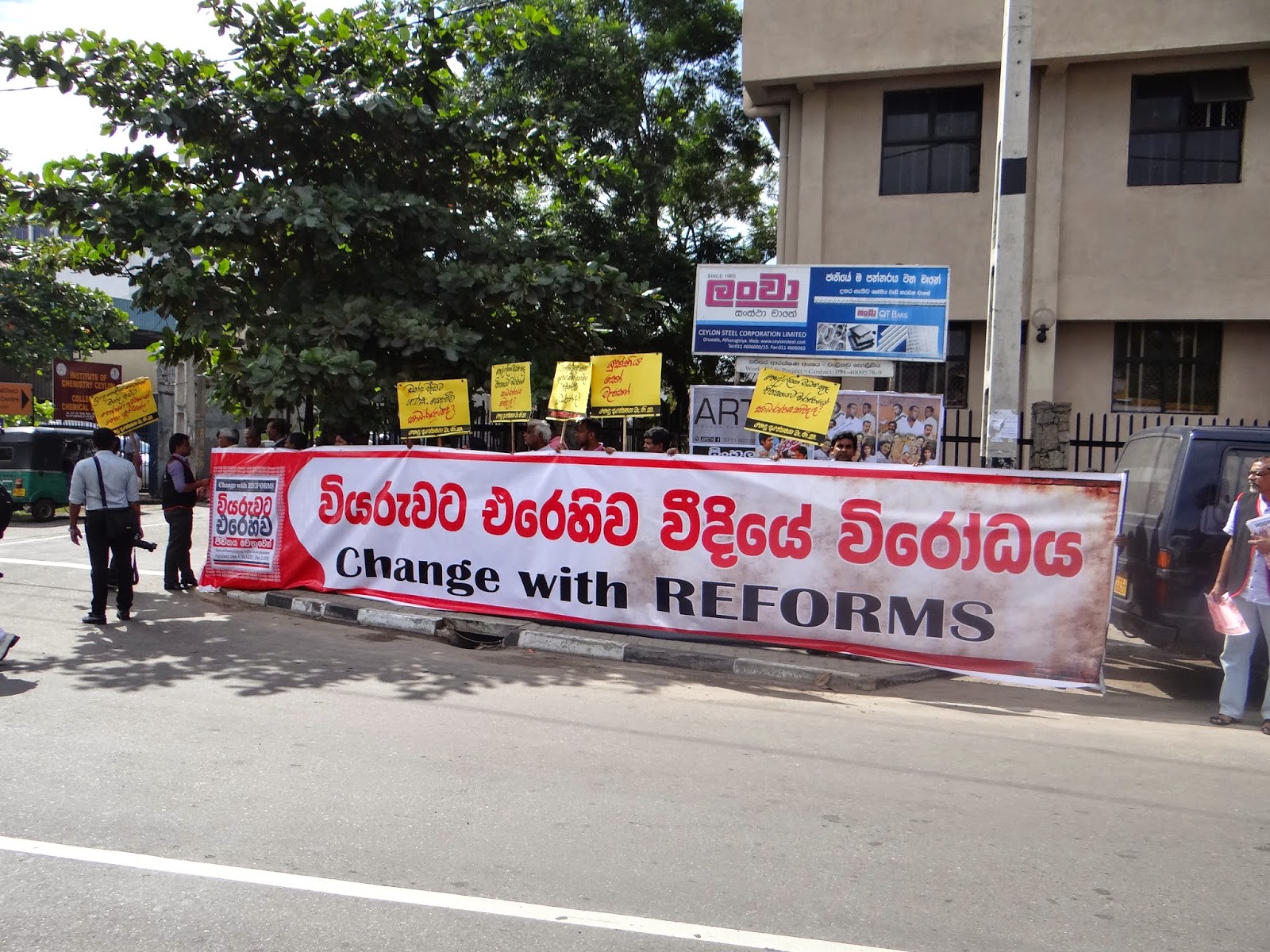 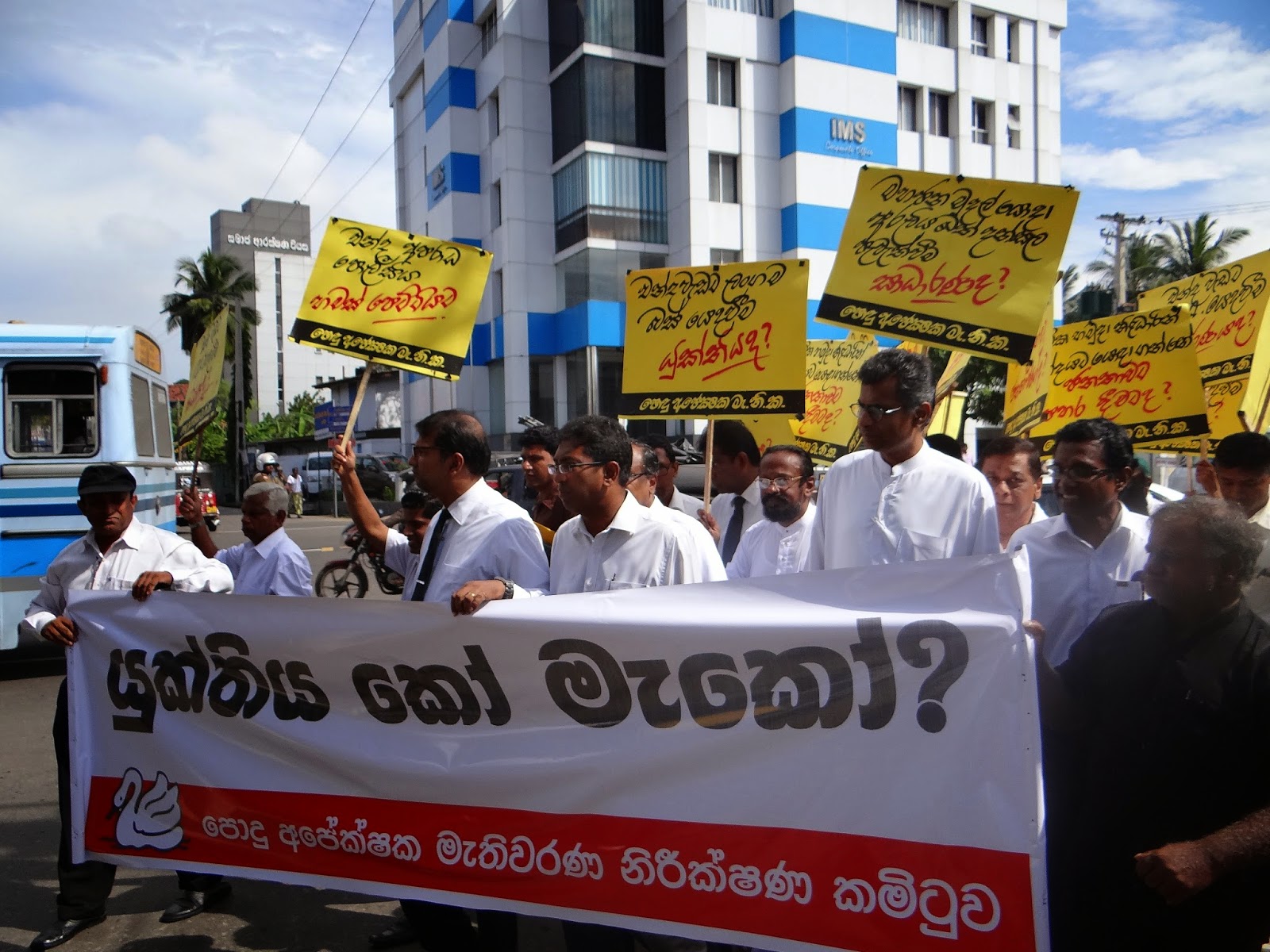 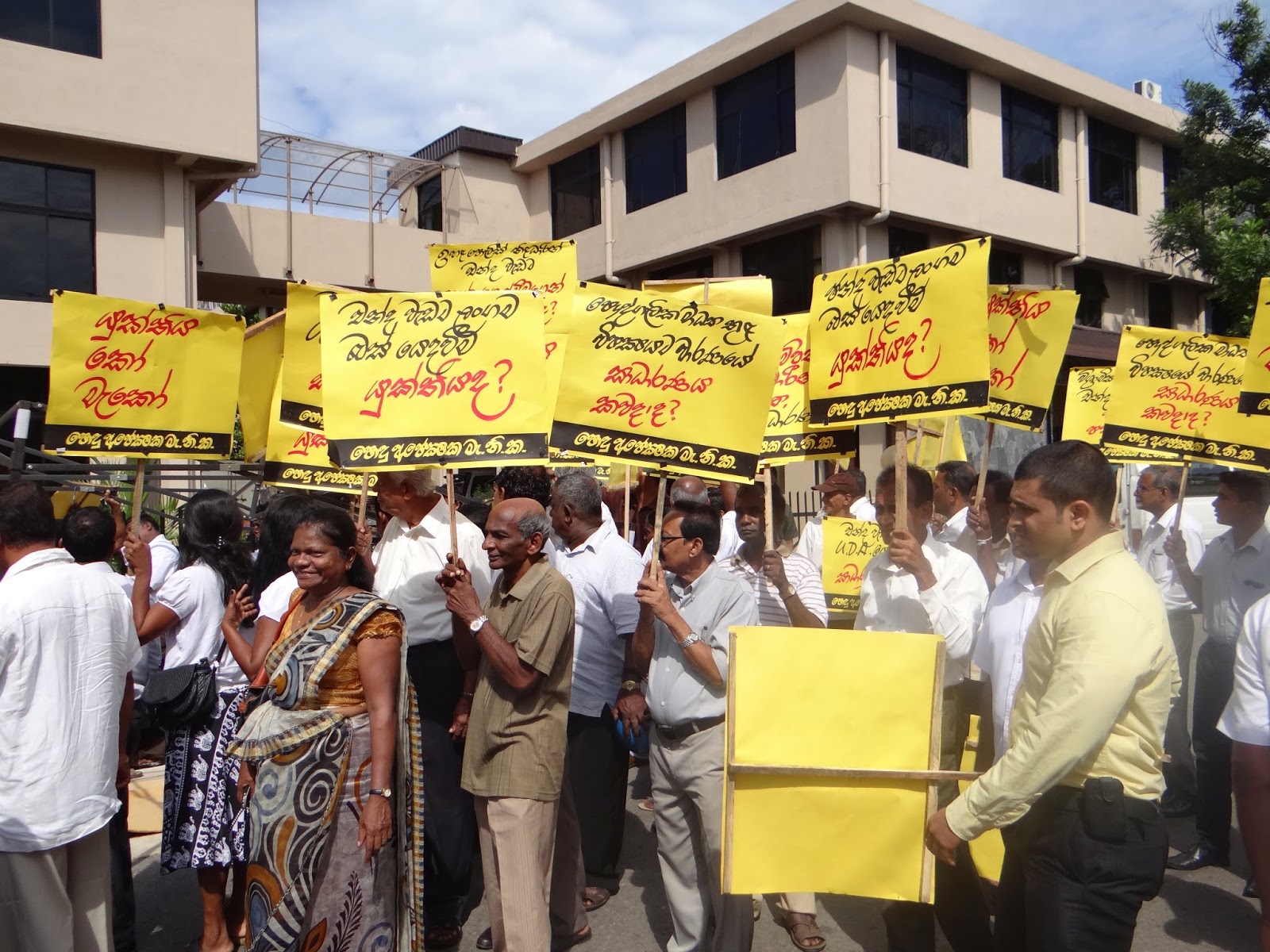 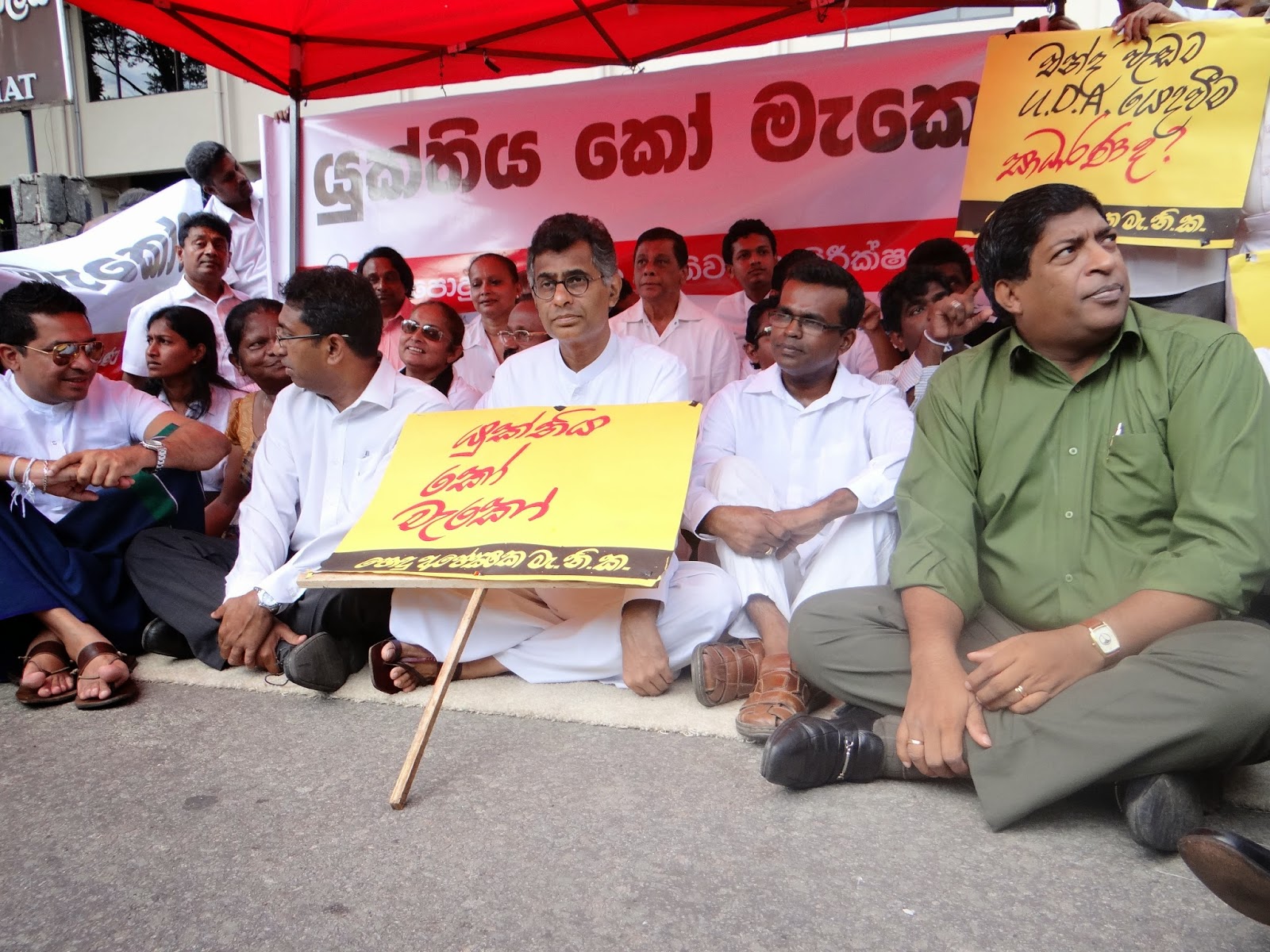 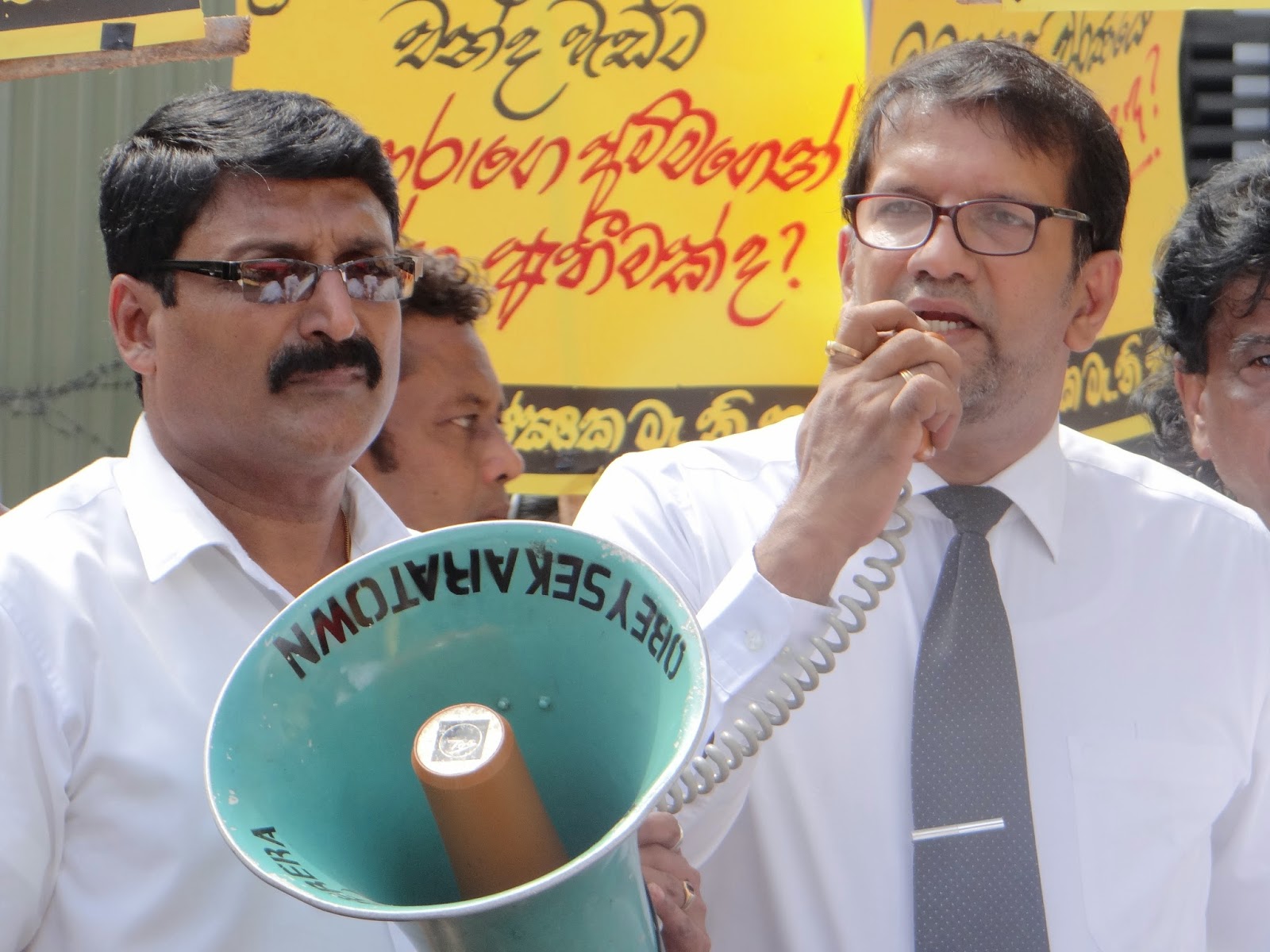 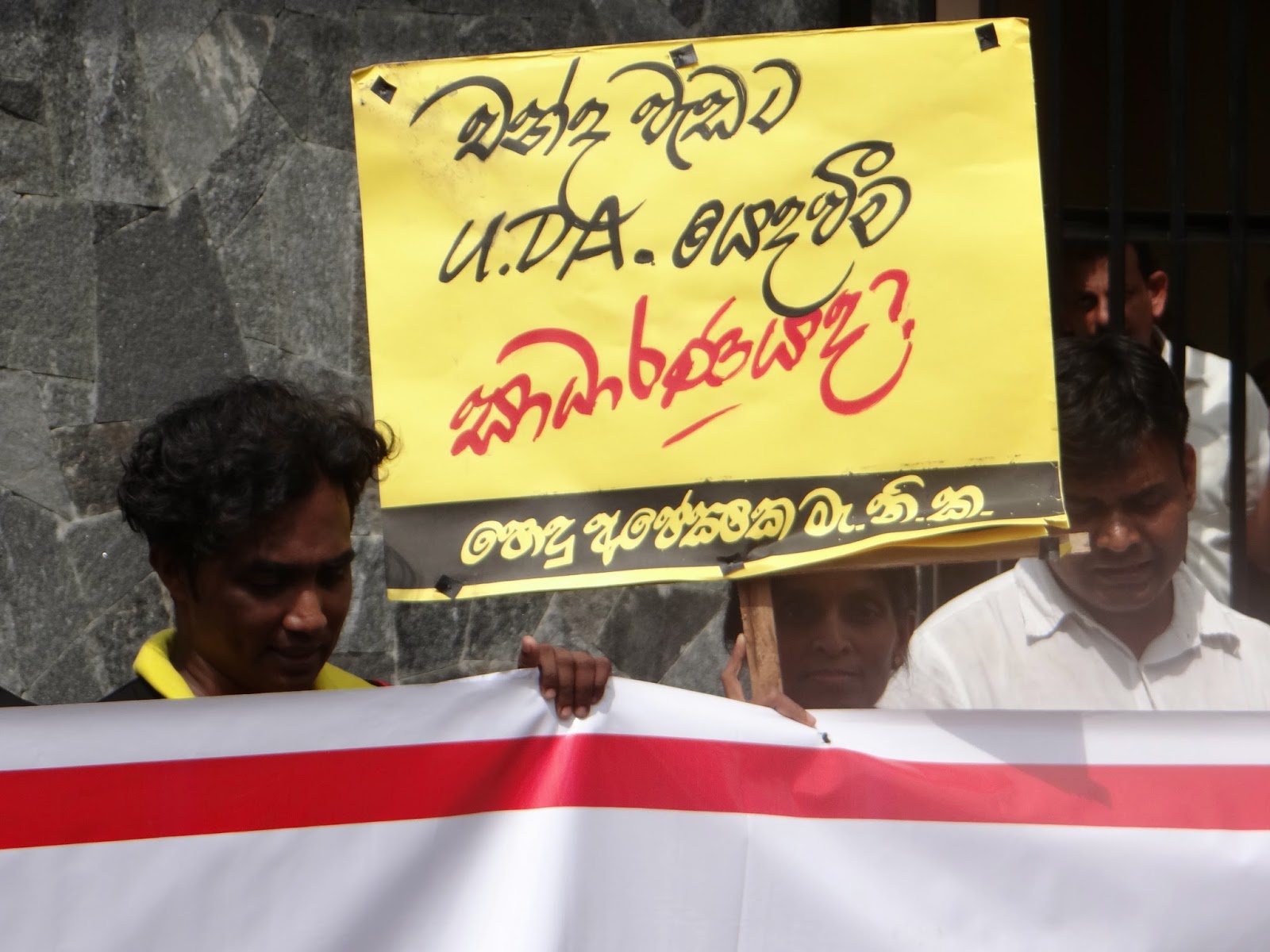 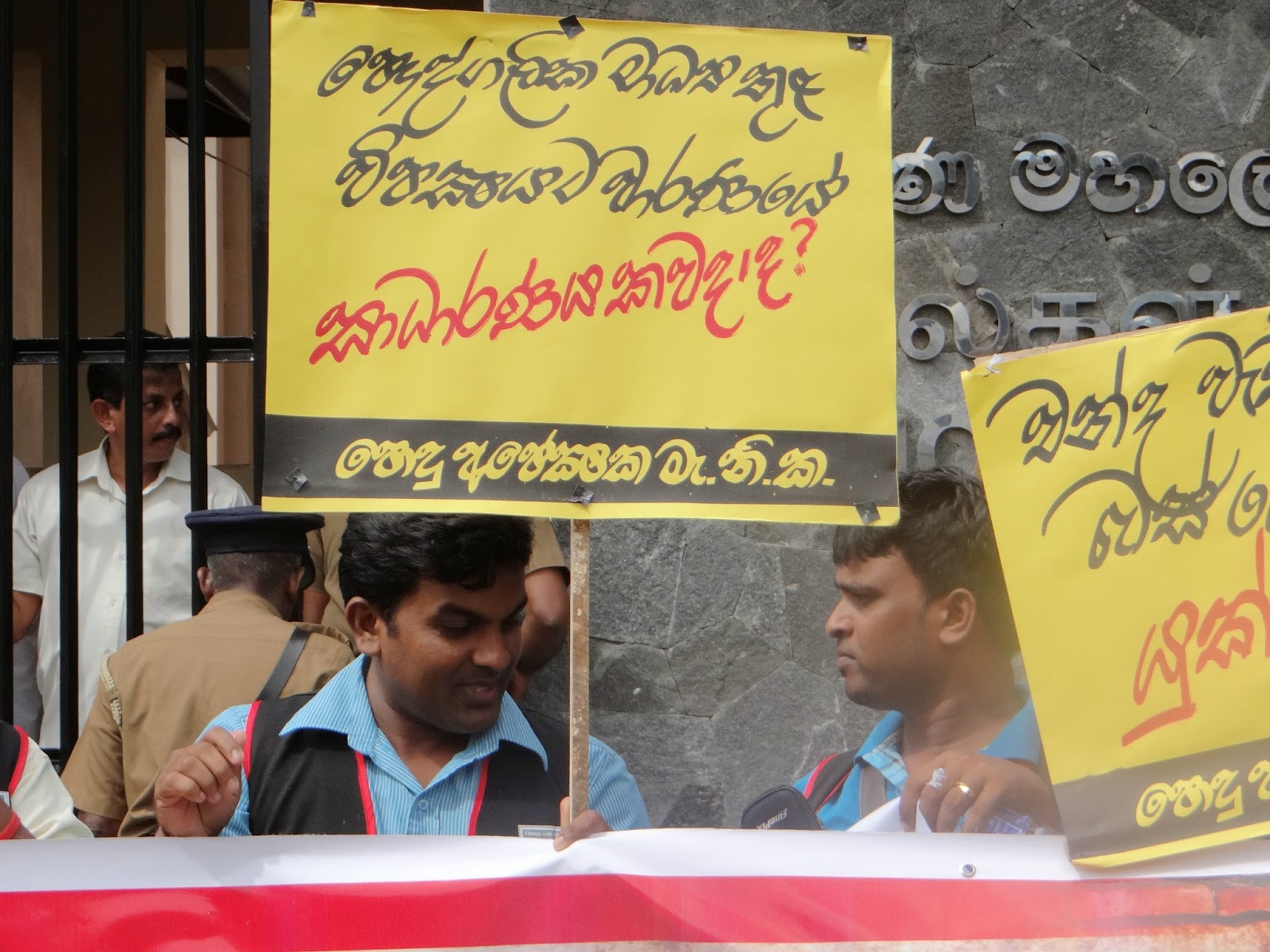 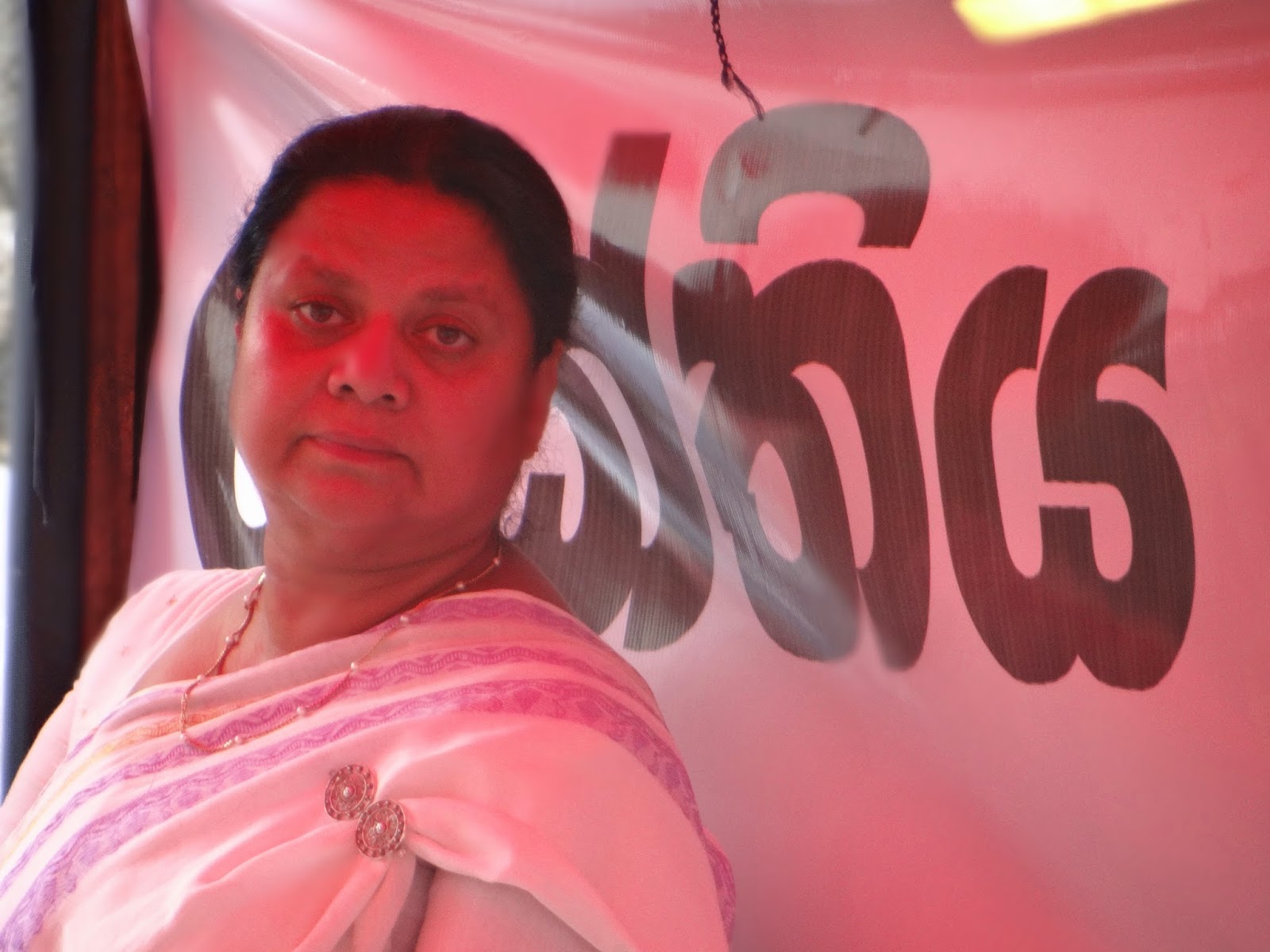 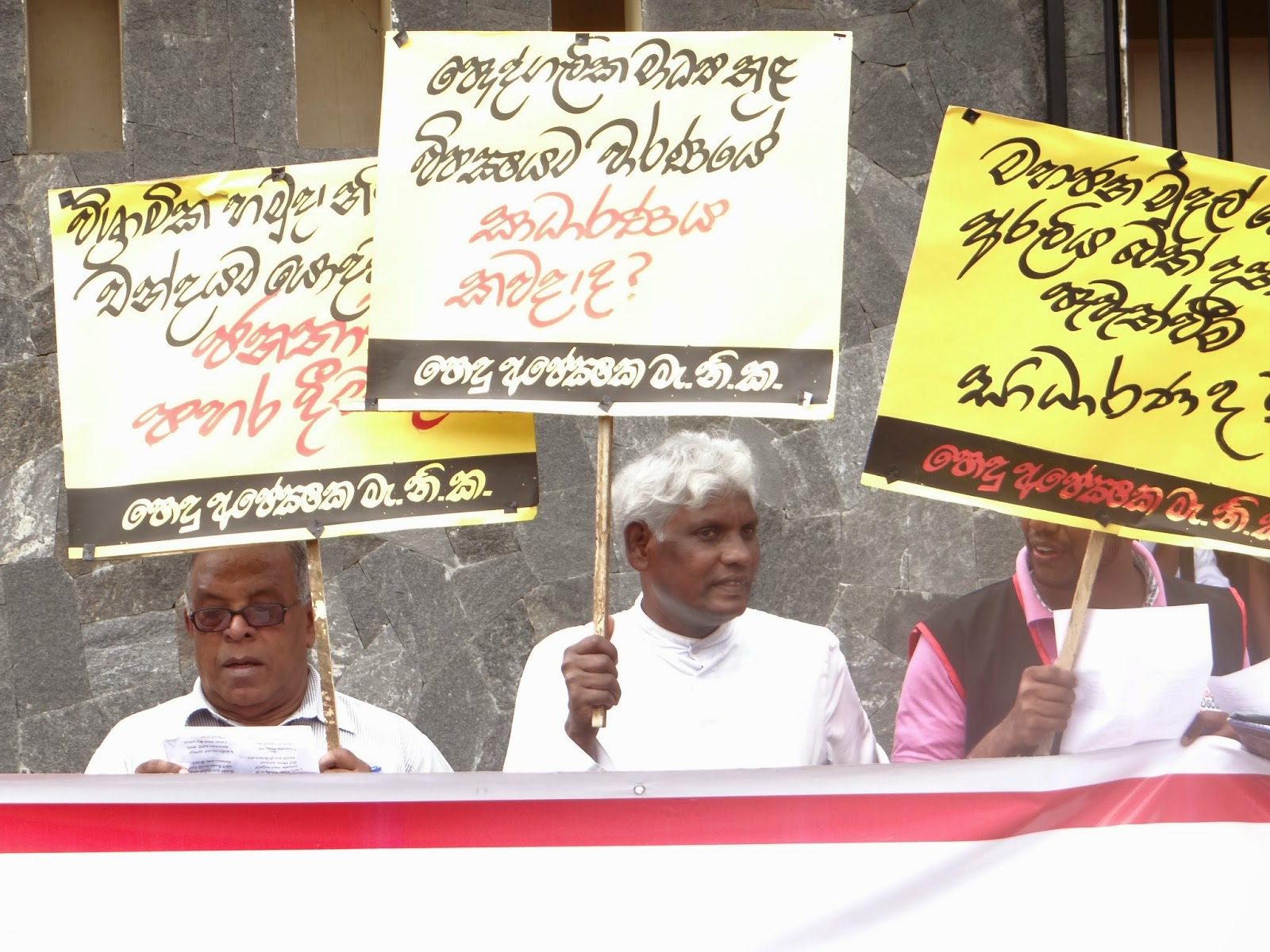