People campaign against the land issues 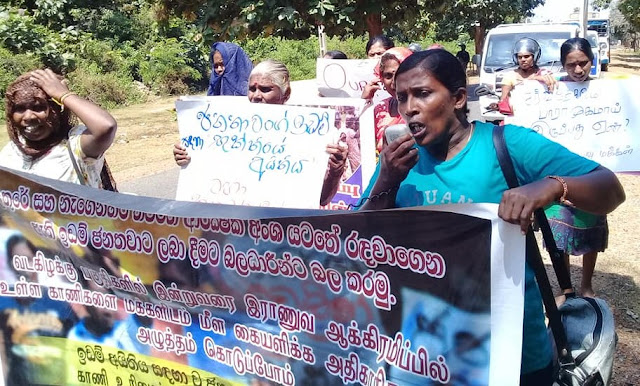 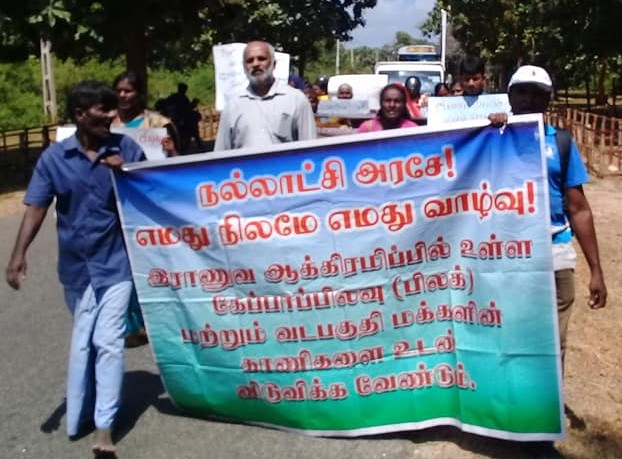 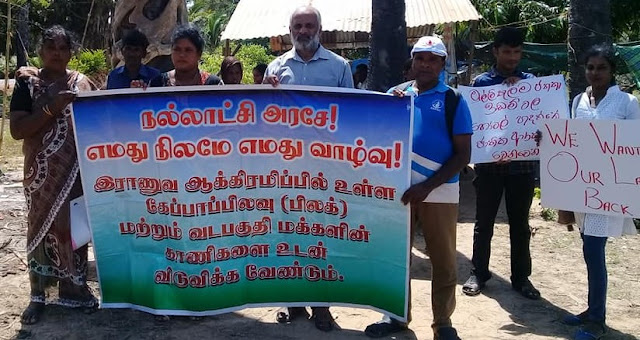 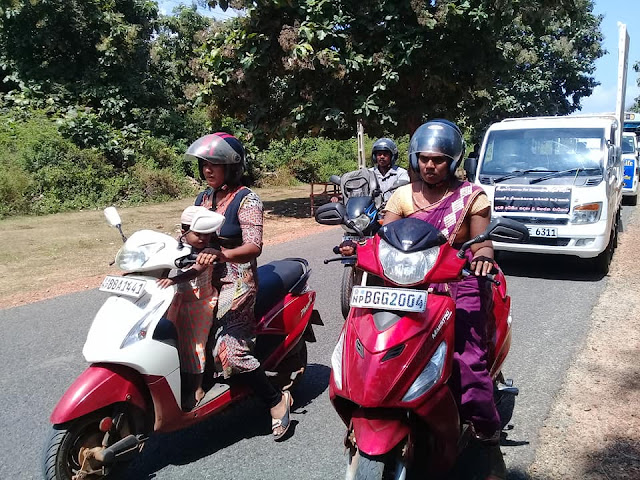 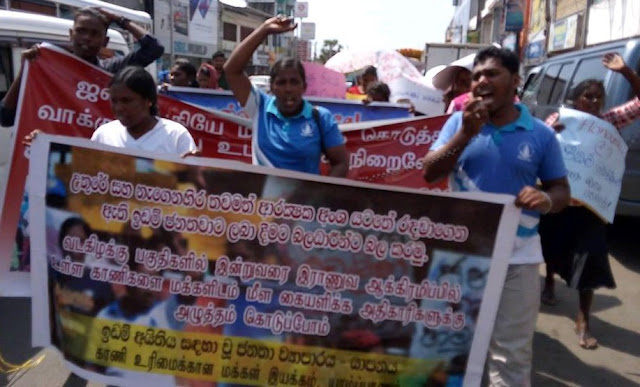 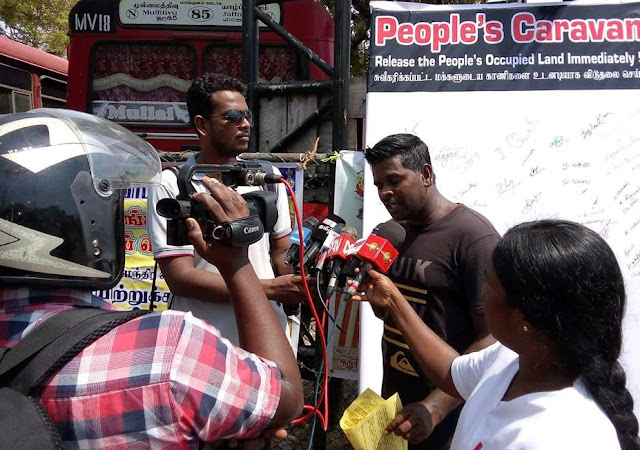 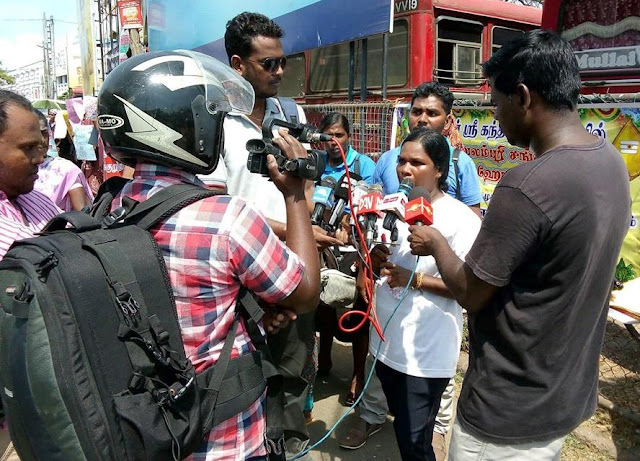 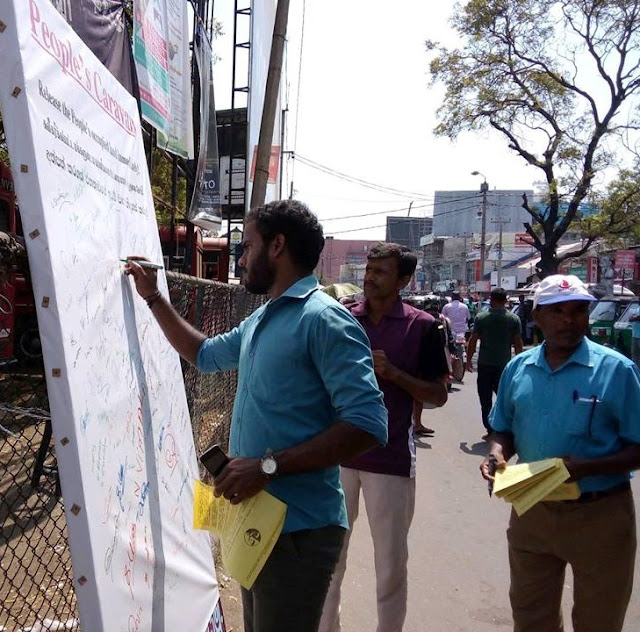 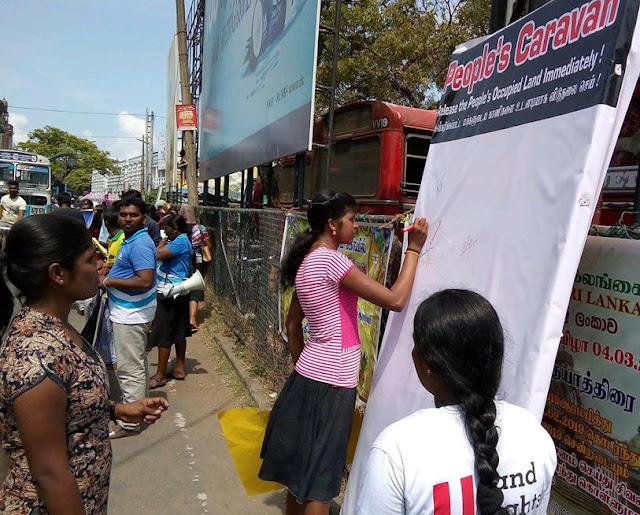 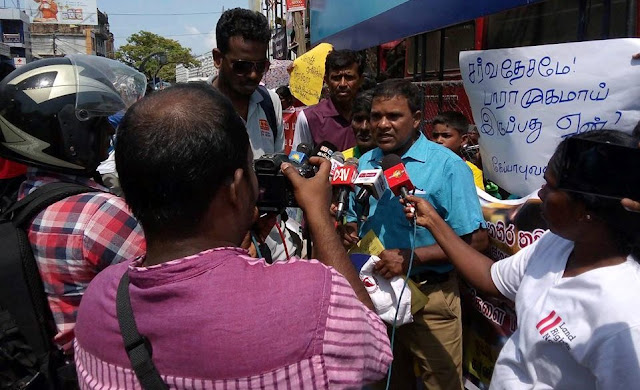 The land campaigners addressed the land issues of the affected communities in the North. One of the important matters of the campaign was to draw the attention both national and international communities over the burning land issues in the north. GOSL is able to resolve the land issues, if the government genuinely concerns over the settlement of land issues of the communities as agreed at the UNHRC resolution of 30/1. So, we expect to animate the communities, mobilize the wider society and highlight the demands to get their land back. NAFSO/PARL/PA and many other organizations would facilitate the process while communities themselves would take the leadership in
The People’s land rights campaign. NAFSO partner organizations would take the leadership with the district PARL units set up in each district.
People's Caravan started on 26th Feb 2019 from Kepapilavu and moved towards the Mullaithivu District Secretariat domain. People demanded to release their land which was occupied by the military. The campaigners will move to Mannar on 28 and they will organize the campaign Vawniya on 1st of march. National campaign will be organized in Colombo on 2nd of March gathering all strength together.