Fishing is one of the most dangerous occupations in the world. According to International Labor Organization[ILO], mining is the most dangerous and fishing is the next. So, fisheries, small scale fisheries in particular is a dangerous occupation. In 2013, there were around 72 fishermen at Balapitiya, Ambalangoda area lost their lives due to cyclone.
NAFSO is working with Small Scale Fishers and highly concern about the safety at Sea of the fishermen. The ILO had proposed a set of activities / mechanism which is call ILO Fishing Convention on Safety at Sea, which was adopted at Geneva in 2007.
NAFSO is working with concern parties including, trade unions to get ratified the convention in Sri Lanka and to make sure GOSL ratify the convention before drafting the laws and policies to protect fisher communities.
The campaign has been launched by NAFSO and it's partner organizations to raise the awareness and push the State to get ratify the ILO Fishing Convention-2007. The Puttlam district Fisheries Solidarity Organization had mobilized the Councilors of Kalpitiya Pradesheya Saba and discussed among the members of the council.
The Pradesheeya saba unanimously agreed to support the ILO Fishing Convention to ratify the GOSL and make sure to draft necessary policy guidelines as well as enact necessary legal matters to protect fishermen at Sea. 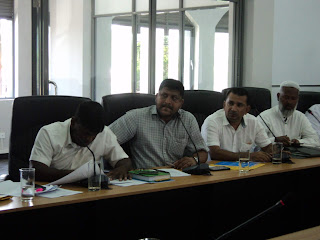 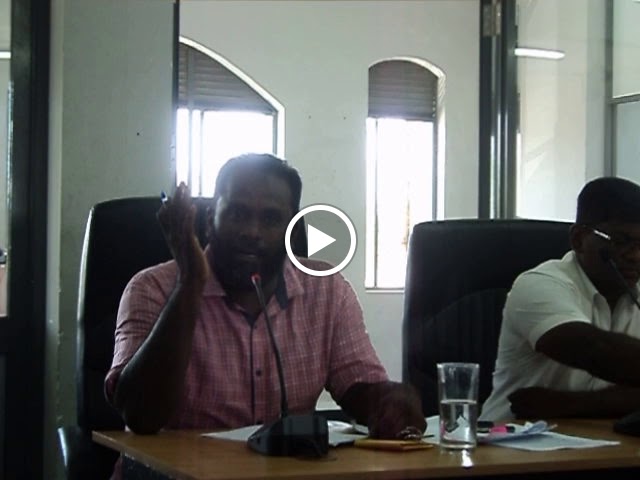