National Fisheries Solidarity Movement working with IDPS and women that heading the family, for several years in North and East.  During the period we identified that there are large number of women have been lost their husbands due to the war , natural disasters, disappearances and accidents in trincomalee district. Among them, war and disappearance of husbands have caused the major reason for the women to become family head.
In this situation, we planned to conduct a women convention  to make a real annotation on the issue. As first stage we conduct a Parallel survey in ten villages of Trincomalee district where NAFSO working with for several years.
We prepared a report on that survey and submitted it to the political authorities, social activists, government sector and general public.
We conducted the women convention with around 180 family headed women under the theme of “Empower the Family Headed Women and Protect the Right to Live” with several objectives in council on 11th of December 2012 in Trincomalee.
Among our objectives,
1.  Socialize the widows who were neglected  by the society through organizing as well.
2. Make a relationship between the  government sector and the women headed families  for develop proper measures to strengthen them economically.
3. Help them to acquire Social recognition with strength that living as people who have no rights and privileges.
4.  Strengthen them to act independently in the society by eliminating the narrow ideas of the society on the women who lost their partner and defeat the cultural barriers for them.
5. Develop them socially and economically by help them to win rights enjoyed by the common society.
Social activists, representatives from civil organizations, representatives of political parties, governmental officers and women headed families participated to the convention in the Town and Gravest division in Trincomalee district.
Chairman of municipal council in Trinconalee participated as the chief guest of the convention  and former chairman of the local government was there in the front , Mr. D.V. Chinthaka Vijevardana, coordinating secretary of the deputy fisheries minister, Mr. Sachchidanandan, advisor of the NGO forum were among the speakers of the program.
Mr. Sumith Nishantha, Director of planning in ministry of education in western province made the main speech on the theme of “the plans of the government to enhance the life condition of the women headed families” as the invited speaker.  Mr. Herman Kumara made a speech as the national convener of NAFSO in the convention.
Mrs. Lavina Hasanthi, women coordinator and some officials of National Fisheries Solidarity Movement, Mr. Anannda Peris, Coordinator of District Fisheries Solidarity and A.M. Raheem Nana, Animator of that organization participated to the convention.   Some Media come form regional level as well as even gave media coverage as well. 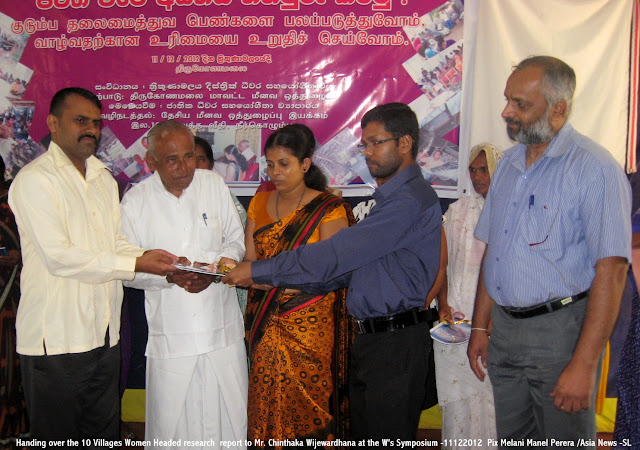 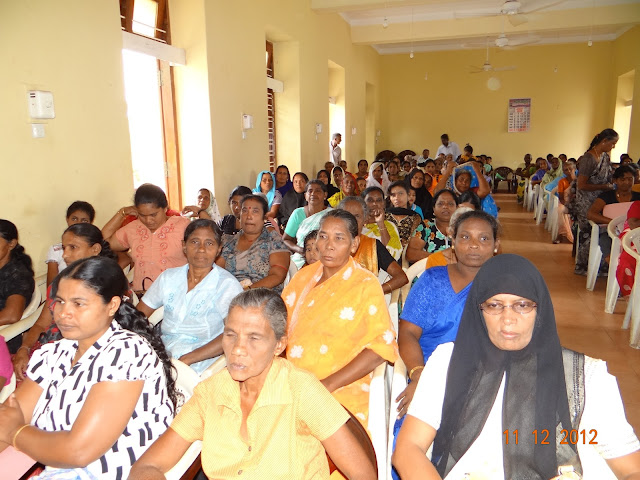 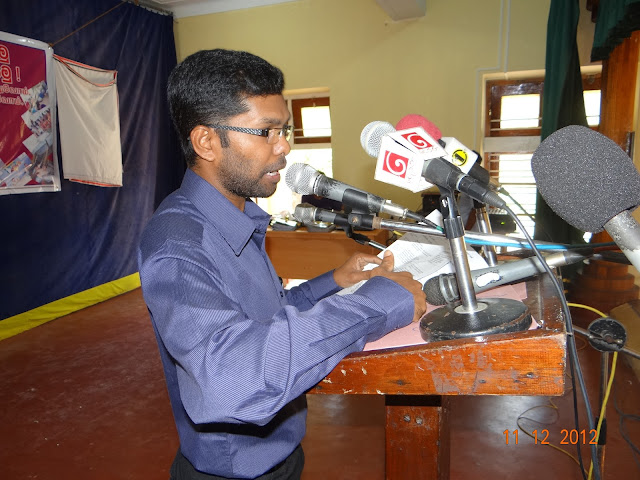 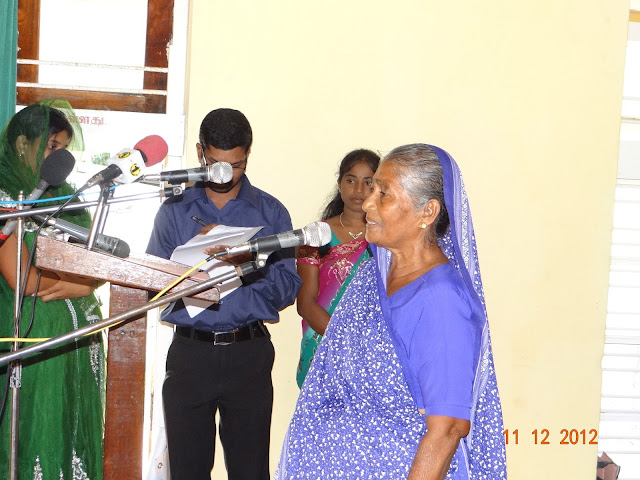 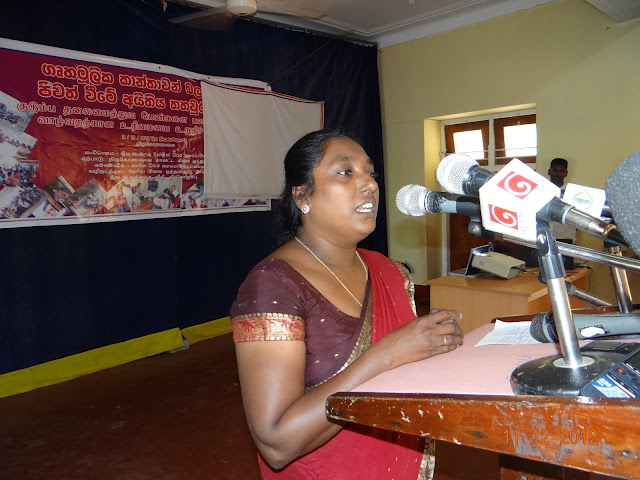 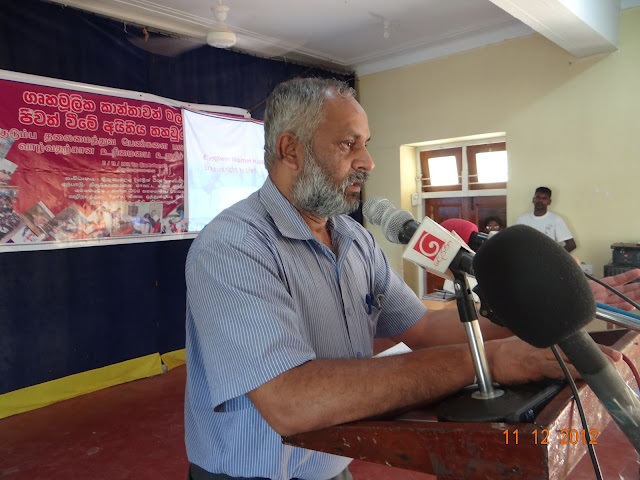 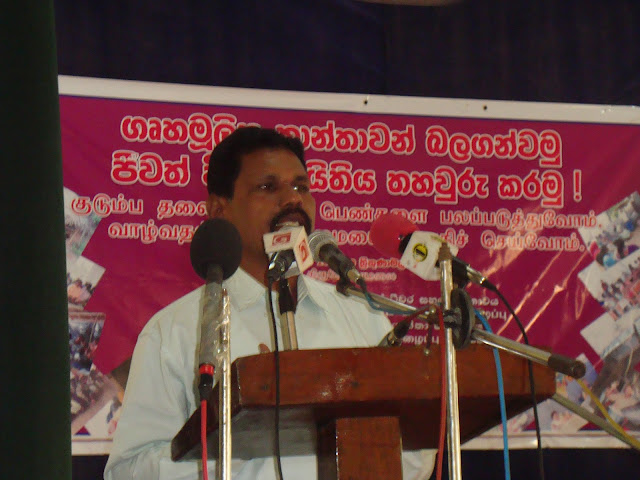 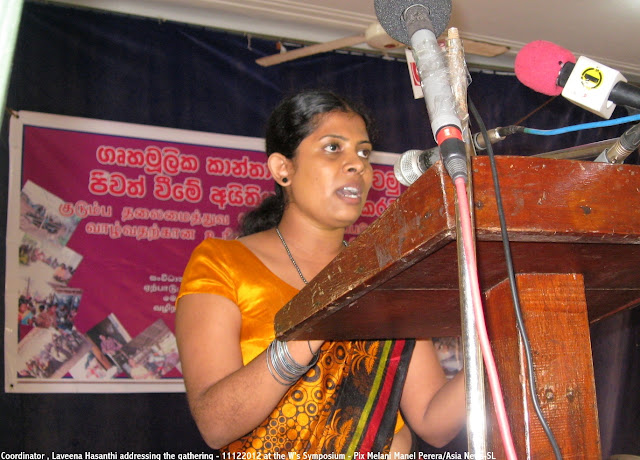 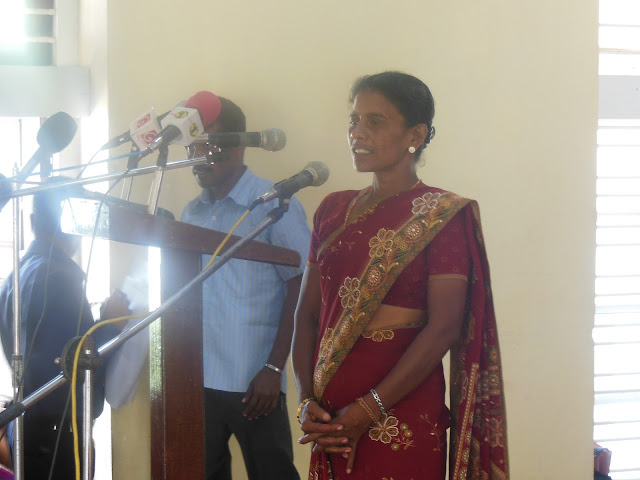 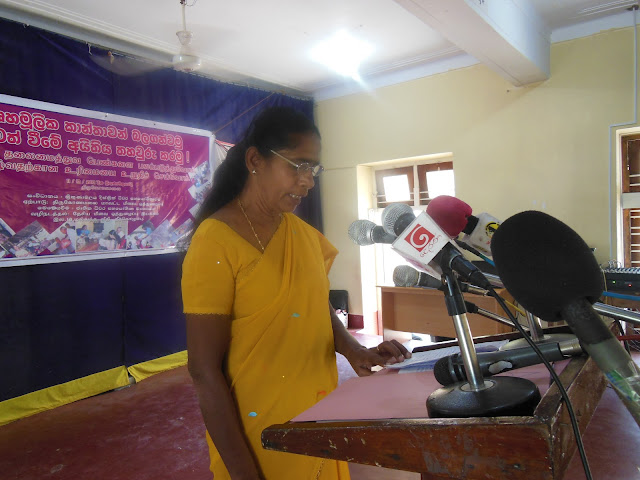 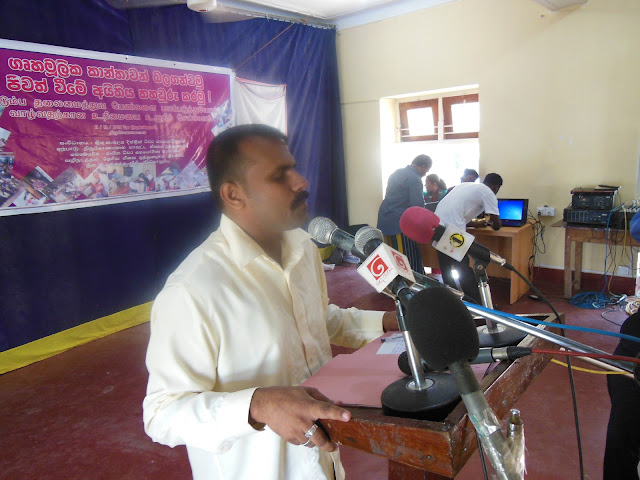