Today (07. Sep. 2015) National Fisheries Solidarity Movement conducted a successful round table discussion on IDPs and women headed families in North and East with about 250 participants from highly war affected 5 district of North and East (Mannar, Jaffna, Trincomalee, Baticaloa and Ampara) and 6 other districts from south including Mathara, Galle Kaluthara. 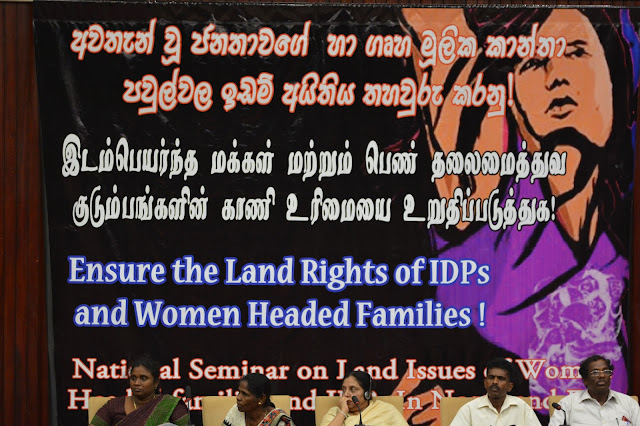 According to a research we conducted in Jaffna District, there are 42 IDP camps still exists since 1990 and more than 1500 people including women children and elders live in those camps for 25 years now.
We hand over the interim report of the research we conducted in Jaffna district to the invitees and representatives of the government authorities during the program. 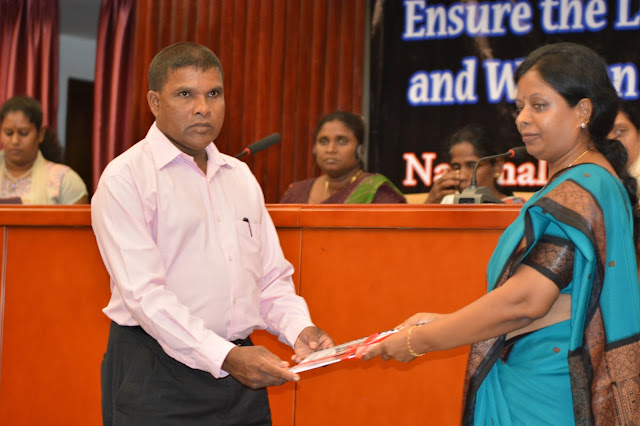 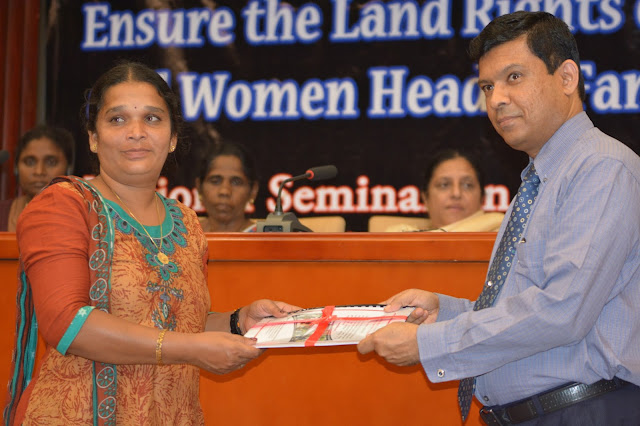 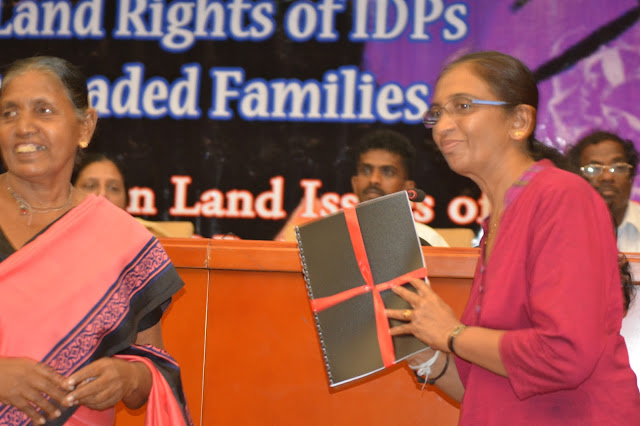 With high militarization, people have no enough room even for their privacy in those confined camps. People who live in camps saying that they have no much respect from any of the government authority or even from the out side community as they living in camps.

Women who have lost their husbands due to war are facing much harder situation in camps. Most of them have no livelihood for feed their families; some of children still go to school from the families who can afford for their education but most of the children from women headed families do not go to schools as they have no family income, some live with having one meal per day as no body look after them, for the government, they didn’t exists until few months back.  Only recently the new government accepted that still there are IDP caps in North and East with around 45000 people in those camps.
Some of these people are holding land titles, some have lost their deeds during during the war time since they displaced time to time, one place to another, lands belongs to these people are acquired by the government in name of security and most lands are occupied by the militaries and some using for  and economic activities by the militaries in North. Several large scale, star grade hotels have build in HSZs. 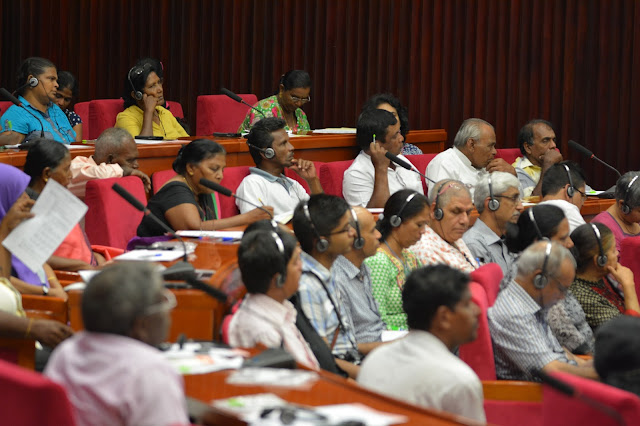 Now a new opportunity has emerged after the change in political arena of the country in 8th of January 2015 to find a sustainable solution on resettle the displaced people, develop the families who’s members were disappeared and people with disabilities due to war.

NAFSO invited to the Provincial ministers of North and East provinces, Ministries of Land and Land Reform, Women Affairs, and Resettlement-Reconstruction and Hindu Religious affairs and other relevant officers in civil services for the event. 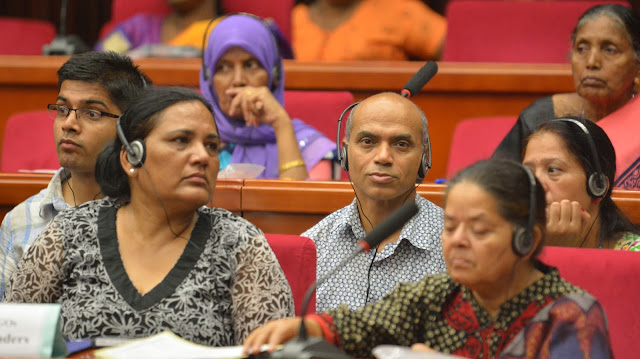 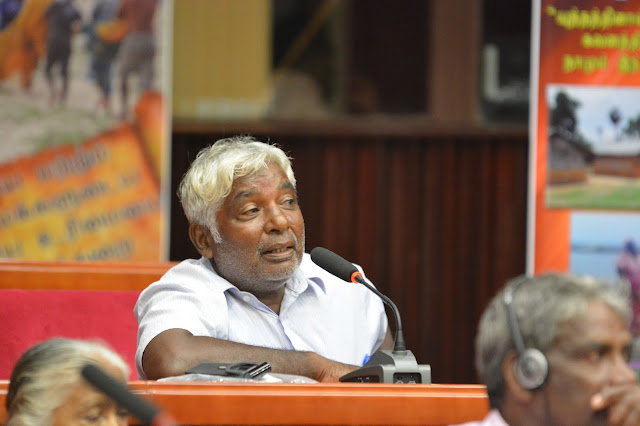 Doing the videos and documentation will not enough, we have to practical things to solve these issues we discussing told one of participants from North, and a lady from Civil Organization sector told that when we invited to authorities some times they come and just showing their faces and leave soon, even before the discussion starts, she proposed that civil sector people should not allow such things to happen in the future During the audience had a chance to give their views and opinion on the matters we discussed,
“We had not exposed to this much of information on the people in North and East who are still suffering due to war, every body in the country should know these facts, as people from South we wish to give our hand to the fight to win their rights” told a women from Mathara district.

Almost all these people asking for the land they belongs nothing else. They hope the new government will act according to people's will and help them to to get released their properties form the military.

NAFSOs convenor Mr. Herman Kumara present the content and background of the report and Mrs Lavina Hasanthi, Coordinator of NAFSOs Women desk clarify the objectives of the program and several representatives from subjective districts and from invites were preset their views and opinion to the audience before open the discussion for audience. 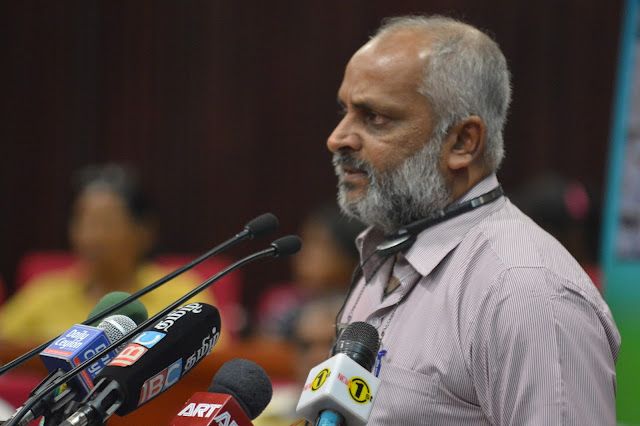 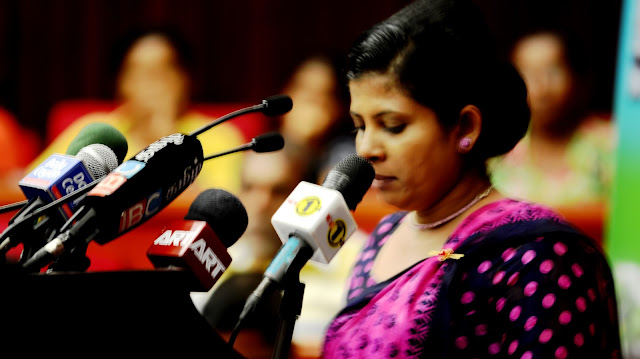 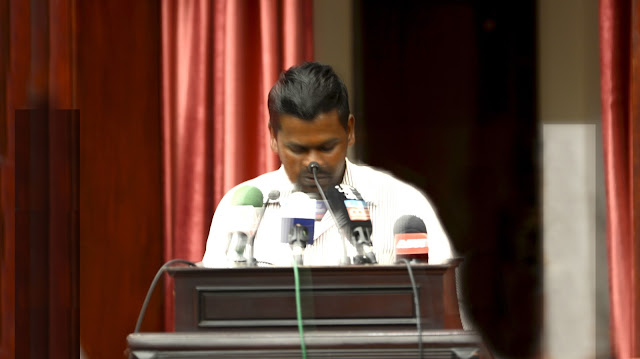 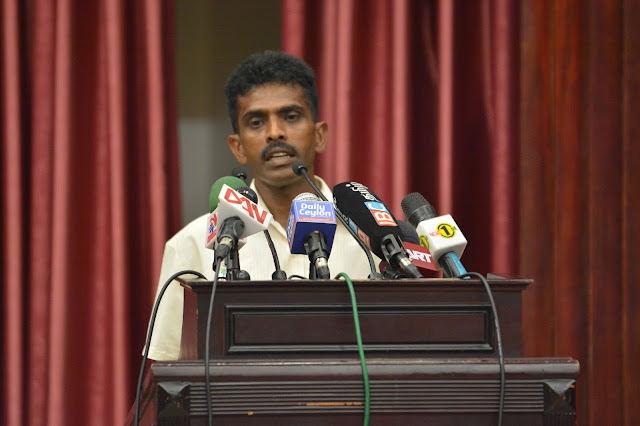 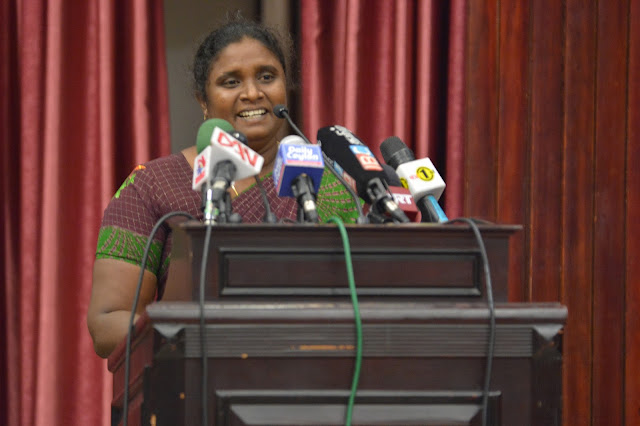 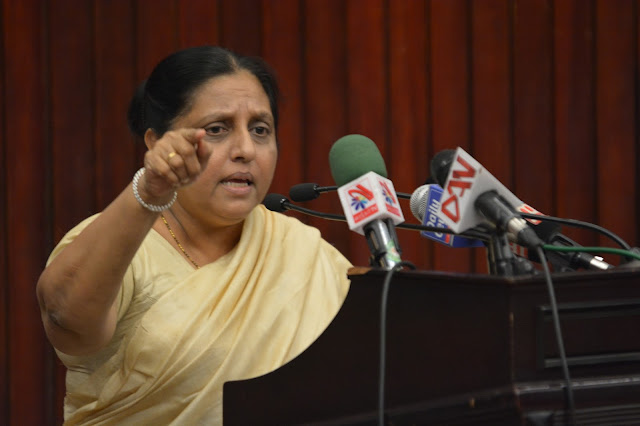 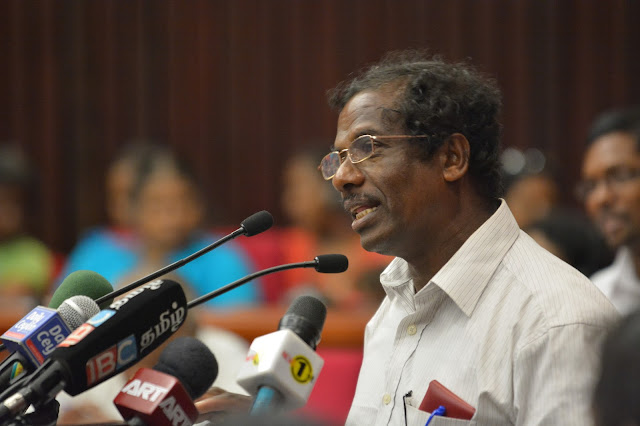 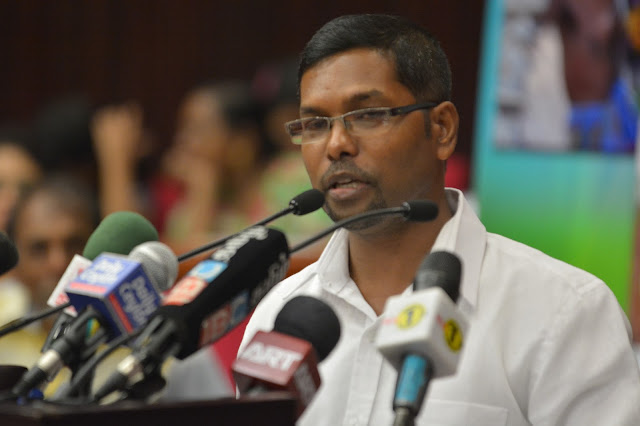 This as first step, affected community members from Jaffna, Ampara, Mannar, Trincomalee and Baticaloa districts, States and political authorities, Civil activists and general public was sat together to develop a progressive dialogue and will have develop a sustainable program to resolve those issues as a nation who have common responsibility to build an equal ground to all people in the country.
More Photos
Share this article :
« Prev Post Next Post » Home