A press briefing was conducted by the women federation to reveal the political, social and economical issues they are facing in North and east especially after ending of war.
Representatives from Mannar, Jaffna, Trincomalee, Baticaloa and Ampara were participated to the event and revealed the present issues they facing as women who lost their breadwinners of the family.

Among several issues they  facing commonly, land grabbing is the main issue almost all are speak about. Since they have lost their husbands, Sons who provided the economical strength and security to the family.
Militarisation of the areas they are living have created very disturbing situation specially for women.
Issues in educating of children who have no father any more and  further more drug addiction of youth is increasing in alarming rate in the areas they are came from.

Several media representatives participated to the press briefing which was conducted in Centre for Society and Religion (CSR) in Colombo -10. 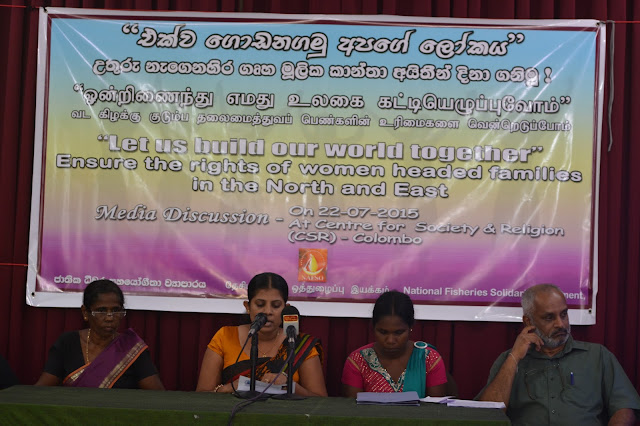 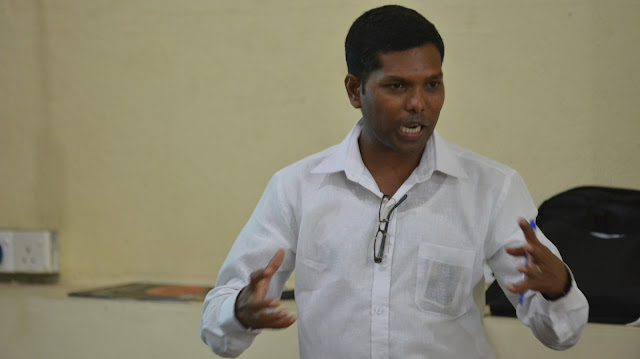 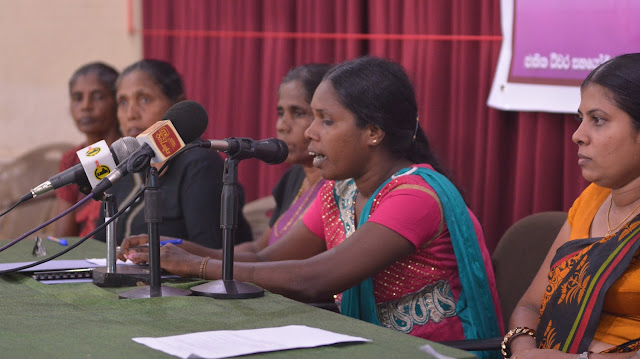 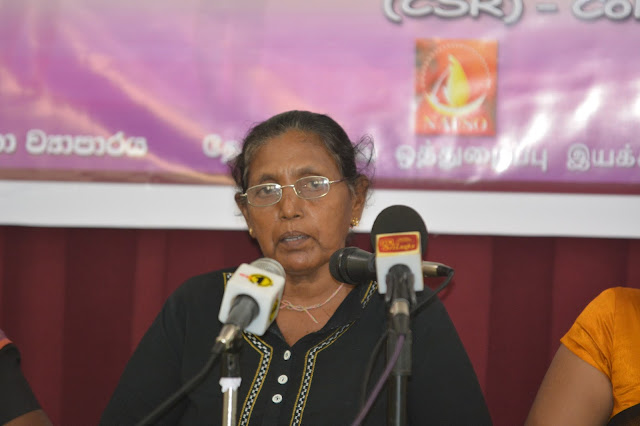 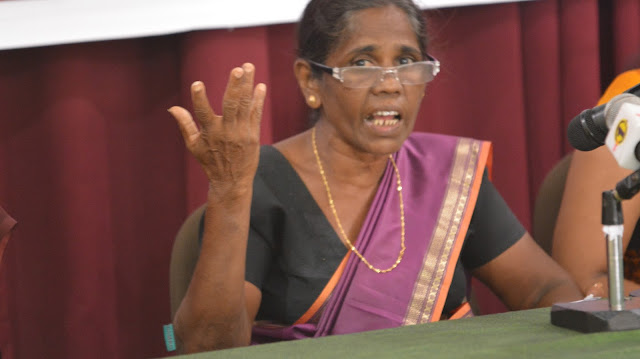 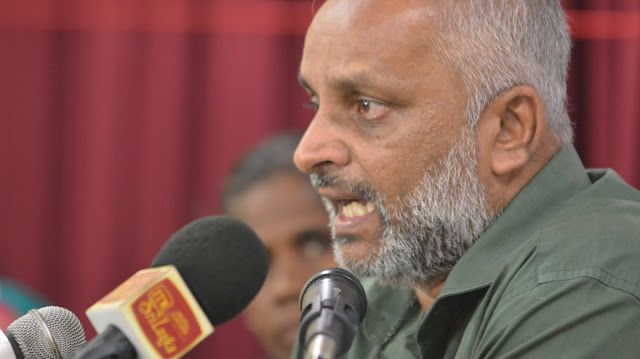